A spark of genius?

Mazda bills Skyactiv-X as an alternative to diesel. Rachel Boagey asks what that means for its diesel future. 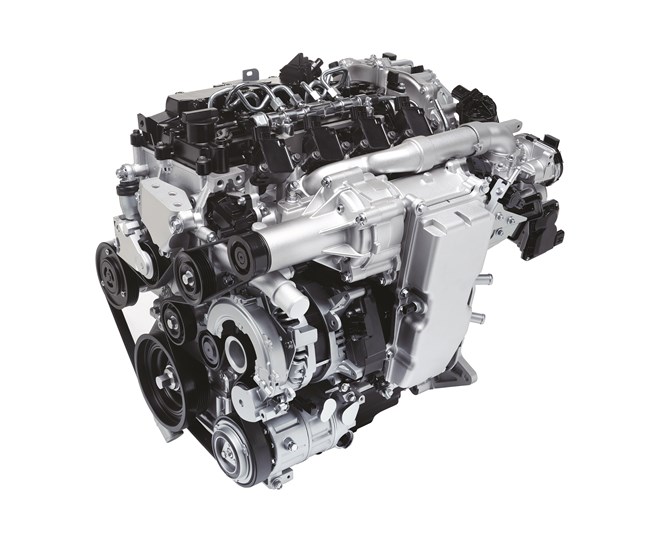 Reducing greenhouse gas emissions is not simply a case of switching cars to electric power - at least until the whole world runs on renewable energy.

The Skyactiv-X engine uses a spark to ignite only a small, dense amount of the fuel-air mix in the cylinder, which raises the temperature and pressure so that the remaining fuel-air mix ignites under pressure (like a diesel), burning faster and more completely than in conventional engines.

Several large manufacturers, including Hyundai and Daimler, have been on a quest for years to crack the
compression-ignition petrol engine code. However, they have all struggled to make the concept work over the wide range of engine speeds and with the responsiveness that automotive applications require without violent engine knock and other issues.

Back in 2001, Lotus Engineering developed a system where the fuel was ignited by hot exhaust gases re-ingested into the engine to achieve much the same goal as Mazda. Ricardo also produced research engines, and in 2007 Volkswagen demonstrated its prototype petrol compression ignition engine based on a FSI petrol engine. Like the Lotus concept, it used high levels of exhaust gas recirculation to ignite the fuel.

With Skyactiv-X, Mazda has bet its powertrain future on the continuation of the internal combustion engine for the medium to long term. Where diesel engines are efficient, they struggle in the high RPM department, because diesel burns slower than petrol. However, Skyactiv-X merges the diesel engine's compression ignition - and its efficiency and low-RPM grunt - with the petrol engine's high-RPM responsiveness, creating an engine that pulls strongly throughout the whole rev range. The technology therefore combines characteristics of both conventional petrol and diesel engines.

While other Japanese brands with a global presence have moved away from diesel in Europe - including Toyota, which gave up on anything that isn't a Land Cruiser or LCV - Mazda denies getting rid of diesel for the foreseeable future, and launched its 1.8 diesel in the facelifted CX-3 last year. Mazda has also acknowledged that work on its Skyactiv-D turbo-diesel engines will continue for years to come.

Mazda has a history of breaking off from the herd, especially when it comes to engines. The diesel has to fulfil the Skyactiv ethos of reduced weight and innovative engineering, and presumably Mazda still feels it needs a stop-gap in Europe before it can roll out Skyactiv-X across more models, and start to launch hybrid.

"We don't want to sell ourselves out of diesel," MD  Jeremy Thomson told us. In fact, Thomson hinted that for SUVs and large sedans, the most efficient powertrain could even be a diesel coupled with an electric motor.

"We will have a full array of electrification available across the Mazda range in the short-to-medium term future," he said. "In our technology vision to the 2030 horizon, all vehicles will have some form of electrification. That applies to diesel engines as well."

Thomson also explained that Mazda and Toyota are jointly working on future solutions for the next generation of electrification.

"That is going to be interesting as Mazda continues to develop some incredibly efficient combustion engines, when other manufacturers seem to be focusing more on the electrified side than the ICE," he said. "For a hybrid, we believe you need to achieve a bit of both - a very efficient internal combustion engine combined with some very strong electrification technology.

"We are definitely investing in next-generation diesel technology and it is not something we are looking at dropping soon."

It's odd to hear a brand talking up the future of petrol - and diesel - in 2019, but Mazda says its long-term view is this is the best way of protecting the planet without compromising what we demand from our vehicles.