Call for clarity on low-emission zones 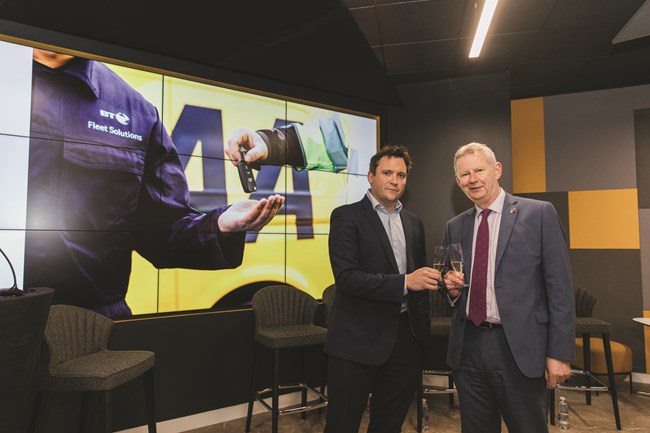 The government should be providing clarity and consistency to help guide fleet vehicle choices in future and help minimise emissions from road vehicles, according to a panel of fleet experts.

The recent introduction of the London Ultra-Low Emission Zone (ULEZ), which penalises older vehicles that don't meet the latest emissions standards, focused organisations that need access to the zone to ensure their vehicles are compliant, while other cities are preparing to launch their own emission reduction schemes.

Speaking at a panel discussion during an event to mark a renewal of the partnership between BT Fleet Solutions and the AA, Henry Brace, managing director of BT Fleet Solutions said: "There is a real frustration around clean air zones and the clarity for fleet users. The first six cities have completely different standards. There is a will within this industry to embrace the clean air agenda, but a broad brush with the legislation."

He pointed to the company's survey, produced in conjunction with the AA, which reported last autumn that only 49% of fleet managers were compliant with 2020 legislation, while only 58% had heard of the WLTP fuel economy testing regime, although he admitted with fieldwork taking place last summer, both those values should have risen by now.

"Fossil fuels and clean air are not mutually exclusive," said Brace. "72% of our respondents felt diesel had been unjustly maligned."

"But if you look at the EU6 vehicles on sale in 2017, the 10% worst petrol cars were were twice as bad as the 10% best diesel. There is too much of a broad brush in claiming EU6 is good. It is far more nuanced."

He said the survey's questions about which fuel types would dominate in the future produced a mixed result, with fleets championing a range of options.

Brace said: "If we want to drive down NOx emissions and drive down CO2 emissions, we will require a variety of tools to deliver that."

He also warned of "unintended consequences" when local authorities are left to come up with their own emission reduction plans.

"The DfT has a massive abdication of duty to delegate authority to local councils," he said. "We need a unified policy. For example, Southampton has a tough penalty charge, but that could encourage vehicles to move to neighbouring Portsmouth. Then Portsmouth will get worse air as an unintended consequence."

Stuart Thomas, director of fleet and SME at the AA, added: "Congestion zones don't actually stop congestion. They are seen by vehicle users as money-raising schemes. Congestion charging is too blunt an instrument that is missing the opportunity for planning and longer-term objectives."

Edmund King, president of the AA, said: "Last year, four streets in Hackney and Camden were made zero-emission zones, and we were called to 110 breakdowns there last year that we couldn't attend. It is separate from the London charging zones and from the parking restrictions imposed by local authorities.

"You have to look at this in a different way between urban areas and rural areas. If you have infrastructure in the city, where there are alternatives to park at the outskirts with capacity at stations, people will use public transport."

Beth Dawson, projects manager at Fuel Cell Systems, said: "Restrictions have been ham-fisted and incoherent, but there is good reasoning behind the science of restricting emissions.

"Health problems caused by poor air quality are on the same scale as obesity in the UK. It is worth it, but it is initially invisible.

"An electric motor doesn't care where it gets its electrons form. There is quite a good synergy between battery electric vehicles and hydrogen vehicles. There isn't a conflict. It is more like an energy jigsaw puzzle."