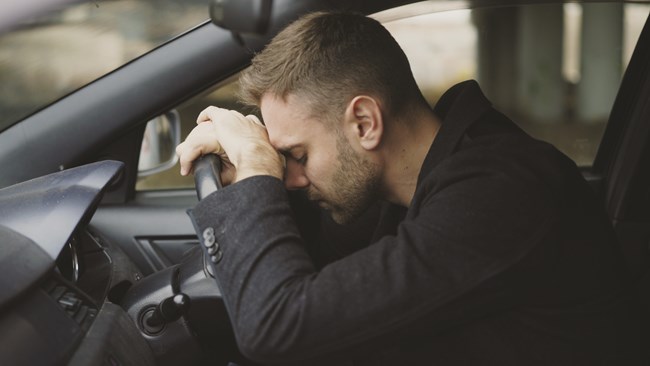 Both fleet managers and their drivers have a role to play in producing an effective fleet fatigue management policy.

That is among the recommendations from a new report produced by road safety charity Brake's Global Fleet Champions campaign, entitled 'Identifying and Addressing Driver Fatigue'.

It explains how fatigue is a significant factor in road crashes, and is particularly dangerous because it can affect anyone, no matter how experienced a driver they are - and people who drive for work are especially susceptible.

According to one of the contributors to the report, Paul Jackson, a chartered psychologist and head of impairment research at TRL, if fatigue is not managed effectively it can lead not only to driving errors but also to drivers intentionally choosing not to comply with policies and procedures, as well as poor mental and physical health.

From an employer's point of view, Jackson warned that organisations could face serious financial and reputational damage, not just from poor driver performance and an increased risk of major crashes but also due to high levels of absenteeism and increased staff turnover.

He said: "Organisations that can pinpoint the causes of fatigue in their workforce can use this knowledge to create an effective fatigue management strategy to prevent fatigue becoming a serious risk to their drivers."

Discussing how to address the issue, Jackson warned that traditional approaches to the problem do not go far enough.

"Traditional fatigue management strategies concentrate on carefully regulating drivers' working hours and introducing mandatory rest breaks," he said. "This management approach is limited, as it ignores the difficulty of sleeping on-demand and other factors that can directly result in a lack of sleep."

Jackson said there were three main contributors to driver fatigue: operational, where demands placed on drivers by their jobs make them stressed and more likely to remain behind the wheel when fatigued; roster-related, such as shift patterns or working overtime; and lifestyle factors beyond the control of an employer, such as a driver's sleeping environment, pre-existing health problems and medications, mental wellbeing and diet.

According to Jackson, fatigue risk management solutions are based on the concept of shared responsibility, recognising that both managers and their drivers can contribute to an effective strategy.

He said a good driver fatigue policy will include: post-crash investigation procedures to identify and reduce the risk of fatigue-related crashes; journey schedules that prioritise safety over performance; regular rest breaks during long journeys; a requirement for drivers not to drive for more than eight hours in every 24-hour period; and disciplinary procedures for non-compliance.

He also said there should be methods to enable open discussion about health problems that affect sleep, and education and training about the risks of driving while tired. Jackson also encouraged the use of monitoring systems and tools such as driver surveys to track early warning signs of fatigue, and a self-reporting system supported by a non-judgemental operational culture.

Another contributor to the report, Sleep Unlimited clinical director David Lee, discussed the specific risks of obstructive sleep apnoea (OSA) for drivers. He said that drivers with OSA - a medical condition that disturbs sleep - were more than twice as likely as non-sufferers to be involved in a crash, and this increased to five times as likely for those who drive for work, as they are likely to spend more time at the wheel and travel longer distances.

He said that organisations faced a potential issue due to drivers not wanting to report the condition for fear of losing their jobs.

He said: "Organisations need to communicate clearly that drivers with OSA will not be penalised and offer support so that drivers feel able to report the condition. Failure to do so could result in serious financial, reputational and legal consequences in the event of a crash."

Lee said that to minimise the risks from OSA, fleets should: screen drivers for signs of fatigue and fatigue-related conditions before they get behind the wheel; run a campaign to raise awareness of OSA, and educate employees about the symptoms and risks; encourage drivers with OSA to report the condition; and ask drivers reporting symptoms of OSA to undertake additional tests and screening.