Electrification on the cards

Allstar is hoping to bring its success helping drivers fill up with petrol and diesel to the EV market. Sean Keywood reports. 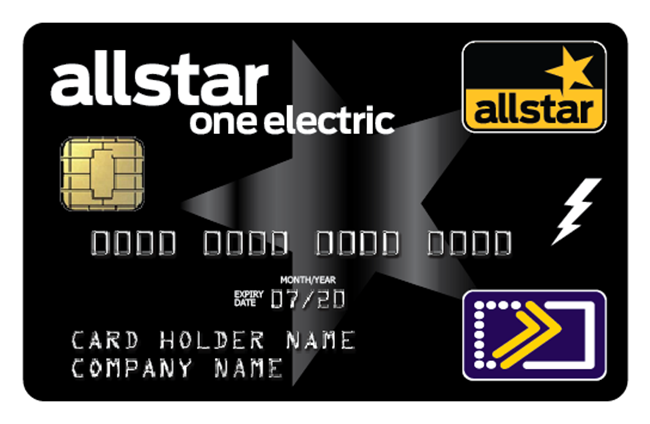 The Allstar One Electric card combines the functions of the existing Allstar One card - including access to its network of filling stations, discounted diesel and producing one HMRC-compliant invoice for all transactions - with the ability to pay for electric vehicle (EV) charging across a multi-branded network.

Allstar says the new card has been produced in response to direct appeals from fleet managers who want to move to a combination of all fuel types on one card.

Paul Holland, MD for UK fuel at Allstar's parent company Fleetcor, told Business Car that while he does not expect take-up of the new card to be particularly widespread at first, it will develop as the usage of EVs increases.

He said: "The profile around EVs is significant. We all know conventional fuel and the way we operate today isn't sustainable, so things have to change.

"What we are saying is we are on a journey with our customers. It is going to be a long and complicated journey, but we have a solution, we can work with people to give them some form of answer, and the answers will get stronger and clearer over time."

According to Holland, one of the things that surprised him about the EV charging market is the level of fragmentation - something the One Electric card is designed to address.

"Whether it is EV chargers or charge point providers, the whole way the market is set up is amazingly fragmented," he said.

"We are trying to declutter that and say 'here is one product that will give you pretty good coverage around a whole number of networks and support you in different scenarios'."

Some of the charging networks associated with the One Electric card at launch are heavily London-based, but Holland expects the number of networks to grow rapidly, although he says an urban bias is not incompatible with current demand.

"We are in discussions with many charging networks," he said. "We have networks in the pipeline that are just going through technical acceptance and so forth, so we will be adding networks over the months ahead.

"I think part of the reality of EVs is the smaller the range they have to operate in, the more attractive they currently are, so higher-density population areas are going to be more attractive.

"I think EV charging in general will be more concentrated in major cities in the early years."

The industry consensus is that fleet EVs should mostly be charged at home or at workplaces rather than at public charge points, and Holland does not dispute that this will initially be the case. However, he expects public charging to play more of a role as the technology develops.

He said: "If you are driving 25,000 miles a year, you are going to have to be able to refuel while you are out and about, but at the moment the economics of that mean you are probably going to choose a diesel vehicle.

"People who are more likely to get an EV work from home and are able to have a charger, or go to a network of offices and can charge there.

"As the road network evolves and the speed of charging continues to increase, I think you will see much more take-up of on-the-road refuelling.

"I would say rapid charging is going to be a critical success factor for wider adoption."

From an employers' point of view, Holland said the One Electric card can help with managing drivers who have begun transferring to EVs; for example, those in plug-in hybrids who may have chosen the cars for the low tax rates they incur, but do not bother to charge them, resulting in high fuel bills.

"You can see a situation in the future where rather than the choice exclusively being petrol or diesel, you could have five or six other forms of energy in there as well," he explained.

"We are satisfying that need and really trying to provide insights for fleet operators to make those decisions.

"It is not just a payment mechanism, it is about providing better intelligence for people to make the right decisions."