Employee productivity could turn fleets on to autonomous cars 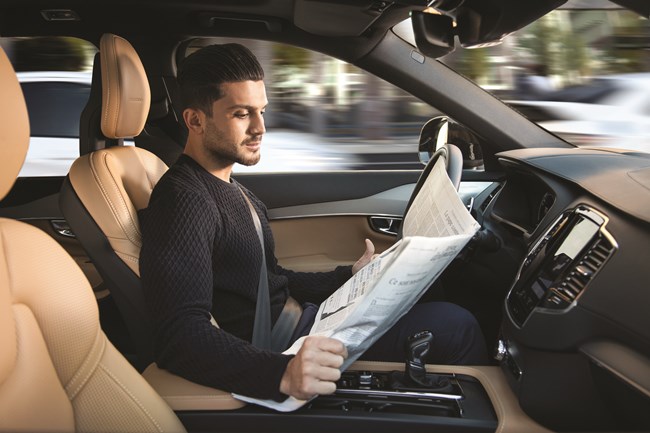 Fleets should expect a shift in procurement patterns and methods in the near future, as a result of new technologies such as electrification and autonomous functions.

Scott Gairns, managing director of Sophus3, which monitors and analyses digital consumer traffic on car manufacturer platforms, appreciates that fleet marketing and sales in the UK are sophisticated and have a long history, but believes they will be disrupted by developing innovations.

More than 30 vehicle manufacturers across Europe share online data with Sophus3, allowing it to scrutinise consumer behaviour and predict trends.

Gairns believes finance directors will be keen on how future autonomous vehicles will enable employees to be more productive by allowing them to work in the car while they travel, offsetting the greater expense of procuring the vehicles with the technology.

He estimates that the vehicles, which are still thought to be several years and legislation changes away, will be 30% more expensive than a conventional car, but would be a better return on investment for businesses.

"They could also become meeting rooms and team work spaces away from the office," Gairns said. "There are many opportunities and it is hard to imagine how it will play out."

Sophus3 believes that changes in consumer buying habits will infiltrate fleet behaviour too.

Speaking at Sophus3's annual digital automotive forum, Gairns said that 15 years earlier they would have been debating whether or not an automotive manufacturer website should include a car configurator, when now it is taken for granted.

And much of what appears experimental now could become commonplace within a few years.

Gairns says that consumers have been modifying their habits as information that allows them to make better, more informed choices increasingly becomes available online.

Sophus3 tracked around 1.27 billion website visits to automotive manufacturers in the five largest European markets (Germany, the UK, France, Italy and Spain) and recorded a decline in the average duration of visits, which Gairns said could be partly due to search engine improvements delivering the correct relevant page sooner, but might also be an indicator of consumers losing patience.

He said people have grown to trust online reviews from other customers more, and that physical test drives are losing importance.

Gairns said: "Investing in the digital experience can help sell more cars than investing in the physical dealerships. People are becoming less used to having to physically travel somewhere to buy something."

In 2018, Sophus3's research shows that mainstream manufacturers with traditional model line-ups suffered as a result of shifting consumer preferences, while those offering SUVs tended to show an increase in interest.

The main exceptions were manufacturers heavily reliant on diesel, with Land Rover down 11% in the big five European markets, while Jeep (which has a greater choice of petrol in its smaller models) was up by 56%.

Gairns says range anxiety has still been a factor in discouraging EV sales, as well as infrastructure and supply bottlenecks, but he also pointed to shortcomings in the manufacturers' own digital channels in their efforts to reach and convert customers.

He added that while traditional petrol and diesel customers are more relaxed about the need for a test drive, they are a key factor in an EV purchase, with Sophus3 research showing someone viewing an EV page is twice as likely to visit the test drive request area of the website, and 65% more likely to complete and submit a request.

He said the best-performing EV in the UK had only 3% of the website visitors of the UK's best-selling car in 2018, the Ford Fiesta, adding that manufacturers need to work harder in winning conquest sales from other brands.