Experts predict bumpy road ahead in 2020 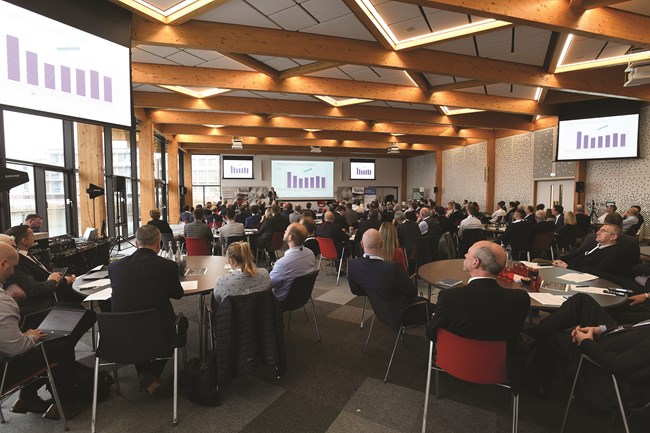 Little can be certain about the automotive sector in 2020, according to industry experts, although challenges in the next few years will be global as well as domestic.

According to David Bailey, professor of business economics at Birmingham Business School, uncertainty over Brexit has crippled investment in the UK automotive sector.

Speaking before last week's General Election, Bailey said: "So far this year [January-October], new car sales are down 2.9% and the decline of diesel continues.

"The economy has slowed in 2019. We are 3% smaller at this point than we would have been without the 2016 referendum. Weak growth globally has had an impact on new car sales, and the new car market has been falling in the UK since late-2016."

He added that he was more pessimistic than the SMMT forecasts for 2020, and across Europe the diesel share of the new car market could be as low as 10% by 2025. He also warned of further disruption depending on the outcome of the UK's departure from the EU.

"There is no upside from Brexit for the car industry," said Bailey. "It is all about damage limitation."

"Uncertainty has led to an 80% decline in investment over the last three years. It has slowed our economy.

'With Brexit, we have to consider trading arrangements and rules of origin. With the government's proposed deal, it could lead to a short-term production hit of 175,000 units, perhaps rising to 500,000, as the 'just in time' model of vehicle production is prevented by an increase in customs paperwork and administration."

He added that if the UK leaves the EU without a deal, electric vehicles (EVs) registered in the UK will not count towards the super credits vehicle manufacturers need to contribute to reducing their overall CO2 output from 2020, and could result in far longer lead times and reduced availability.

"Brexit uncertainty is crippling investment, but ending it without a deal is the worst possible scenario for the car industry," said Bailey.

On EVs, Bailey added: "The reduction in BIK tax is encouraging, but it needs to be guaranteed for five years to properly encourage a long-term switch."

Lee Swinerd, managing director, KPMG Advisory, gave an overview of the global economy and predictions for 2020. He said low growth in some economies, as well as falls in some of the 10 largest economies in the world, would have an impact in the UK, regardless of the election outcome.

"World GDP of 2.9% will be static for the next two years," added Swinerd. "Many economies are underpinned by consumer spending, and some are on the brink of recession."

He predicted there could be more 'mega-mergers' between large vehicle manufacturing groups, such as the proposed merger between Fiat Chrysler Automobiles and Vauxhall, Peugeot and Citroën owner PSA Group, as well as further alliances and collaborations, such as between Ford and Volkswagen.

"EVs could come rapidly," he said. "Autonomous vehicles will take some time and MAAS is already here."

Swinerd added that the push into EVs and plug-in hybrids could be accompanied by changing taxation methods over the medium to long term, as governments see more revenue lost from fuel duty and road tax.

"I personally believe most people will want an EV in the next five years," he said.

Echoing some of Bailey's views, Swinerd said the best case scenario for the economy would be a well-negotiated Brexit deal.

"We are no longer in the territory of remaining," he said. "We need to move on and have a strong free trade agreement. But I don't think we should do this quickly. It should take as long as it takes."