Research commissioned by Kia has found that fleets are warming to the idea of EVs, but some obstacles remain. Simon Harris reports. 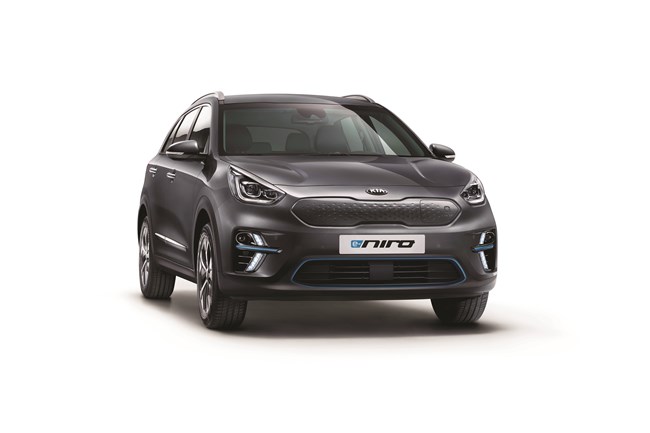 Range is the greatest factor influencing whether a fleet is ready to adopt electric vehicles (EVs), according to new research by Kia, but businesses are also more positive about EVs.

The survey of 150 organisations - half running fleets of 25 vehicles or less and the remainder operating larger fleets - also found that EV and PHEV adoption has increased by more than a quarter in the last 12 months.

The 2019 Fleet Green Perspectives Report found 87% of the organisations surveyed have seen an increase in demand for electrified vehicles, while there were also positive signs for the UK's charging infrastructure, with 62% believing it will be good enough to warrant buying into within five years.

But only a fifth of those questioned believe the vehicles currently available have sufficient electric range to make them a feasible option.

Kia, whose E-Niro EV is now available to order (with UK deliveries beginning in April), confirmed it had been constrained by the supply of EV batteries, but its partners were preparing to boost production in Korea during 2019, and be in a position to equalise EV delivery times with other models in 2020.

When asked 'why do you/would you include EVs/PHEVs in your organisation's fleet?', the most popular responses were because they are good for the environment (49%), they are cost-effective (45%) and because legally these vehicles will need to be included in fleets in the future (37%).

Although the arrival of plug-in cars  is being received somewhat positively, there still seems to be some way to go in terms of education surrounding mileage capabilities. Only 26% of fleet managers knew what the average electric-only mileage was on an EV/PHEV, leadking Kia to call for more action to educate car buyers on the latest available vehicles.

A number of EVs have recently become available with maximum ranges in excess of 250 miles, with Kia's E-Niro among them, as well as the Jaguar I-Pace and Hyundai Kona.

Other factors are prompting businesses to take EVs more seriously, with 71% of respondents saying their organisation is nervous about purchasing a petrol or diesel car that isn't a plug-in car - up 5% from the previous report.

This follows recent changes in public opinion towards green vehicles and news surrounding diesel cars - last year only 66% were nervous, so the media is making a mark on the perceptions and demand for alternative fuel vehicles.

However, Kia said it remained committed to producing diesel models where there was market demand. The current Sportage appears in our Clean Diesel Index (p62).

More than a third (37%) of companies said they have seen a large increase in demand for EVs from employees and it seems that local areas are also adapting to the change, with 83% saying they had already seen shifts to accommodate the switch. But only 15% of respondents said their local area is equipped to support EVs and PHEVs.

When asked why local areas are not completely ready for the electric switch, 41% said there is a lack of charging points. There are currently 14,800 such points in the UK, but new measures set out by the government include requirements for motorway services to provide charging infrastructure as well as larger forecourts to cater to the influx of EV vehicles.

Kia says recent UK Government policies show commitment to supporting the growing demand for EVs and PHEVs across the UK, and believes car manufacturers and the SMMT must work with the government and consumers to support EV charging and ensure the energy system can meet demand.

John Hargreaves, head of fleet and remarketing at Kia, said: "It seems that even within just the last 12 months, a lot of progress has been made with regards to the EV and PHEV fleet revolution; public perception has changed, there has been increased demand and local infrastructures are adapting to facilitate the change.

"There are some barriers that are delaying the complete switch, but we are confident that 2019 will bring even more positive changes."