Attendees at a clean air conference are keen on introducing ultra-low emission vehicles as options on their fleets. Rachel Boagey investigates. 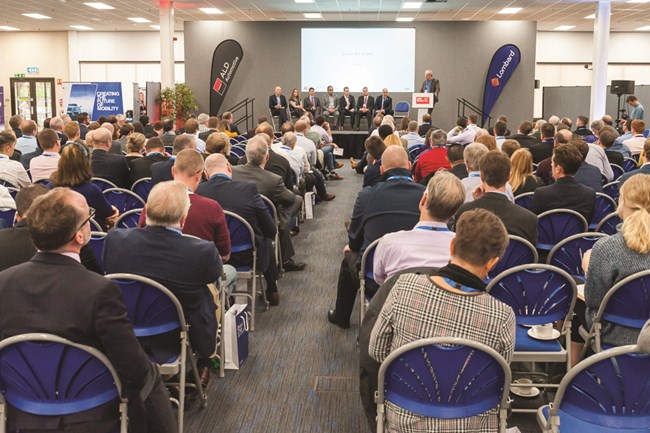 Fleet managers are seeking to introduce ultra-low emission vehicles (ULEVs) on their fleets and believe all vehicles should be charged for entering clean air zones (CAZs).

These were the findings of a recent event held by ALD Automotive in Bristol, which found that while the vast majority of delegates (75%) currently drive a conventional petrol or diesel vehicle, more than 75% feel that all vehicles emitting CO2 should be charged for entering a CAZ and nearly 65% confirmed that they are currently looking to introduce ULEVs as part of their fleet.

The audience included representatives from local authorities and government bodies, and presenters included electric vehicle and environmental experts, who made presentations on subjects such as the UK's charging network, switching fleets over to ULEVs and strategies to improve air quality.

The event, held in conjunction with the University of the West of England (UWE), aimed to examine the future of business mobility, in light of the introduction of CAZs across the UK. Although it was held in Bristol, where ALD has its headquarters, delegates were invited to attend whether they operated vehicles in the city or not in order to spread the message about measures that can be taken now, as well as to dispel some of the myths surrounding the introduction of CAZs and the use of alternatively fuelled vehicles.

Matt Dale, head of consultancy for ALD, outlined the results of a study commissioned by the group and conducted by UWE into mobility in the city. It highlighted the fact that while many in the study work in Bristol, their journeys take them all over the UK, including into cities mandated to introduce CAZs.

The study looked at over 300,000 trips by 4,000 vehicles fitted with connected vehicle technology and concluded that if the mandated CAZs were charging zones, then the vehicles in the study could collectively incur total charges of more than £30,000 per year. It also discovered that many vehicles travelled through two or even three CAZs on a regular basis. This has ramifications beyond just the company paying for CAZs, and could actually impact on how an employee feels about working for a company in a different town or city.

Speaking to Business Car about the event, Dale said: "We've been looking at CAZs for a while now and the key point is they are coming in one form or another. Fleets plan vehicles for three or four years and beyond. That means even though CAZs may not be fully operational yet, they could be by the time a vehicle delivered today is midway through contract. Companies need to think beyond their company car drivers as CAZs could affect all of their employees. Journey distances also showed us how many drivers could actually take a BEV (battery electric vehicle) now.

"It is more than just changing a vehicle; it is about planning policy and infrastructure. There is no one-size-fits-all any longer and fleet operators have to approach the company car in a different way. They really do have to think about the whole mobility piece."

Speaking about the findings of the event, Dale explained that the biggest surprise was how many of the attendees really want to see CAZs introduced.

"We had over 200 attendees and the majority agreed with CAZs and for charging vehicles with tailpipe emissions," he noted.

Despite this, Dale agrees that the adoption of ULEVs is currently sporadic.

"There is a combination of reasons for this, not least of all a lack of ULEVs available," he said. "People are sceptical about plug-in vehicles and this means that they can be reticent to change. There are many mixed messages, and events like this help deliver a clear message."

When asked about the future of CAZs and what it may mean for fleets, Dale answered: "The future is already here. What do I mean by that? Well, CAZs are coming in from 2020 and beyond, but the actions businesses take now are going to impact how they operate in the future. Drivers don't travel as far as they maybe think they do, but they may be spending longer in their cars sitting in congestion."