Fleets told to be ready to act post-crash

However much fleets work to keep their drivers safe, they should still be prepared for the worst to happen. Sean Keywood reports. 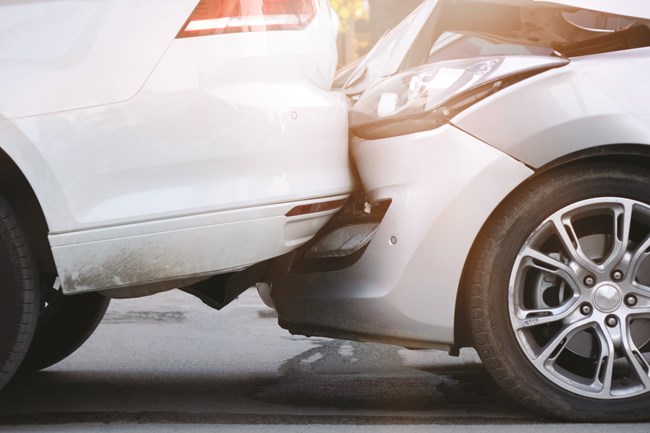 Fleets should have robust strategies in place to deal with the aftermath of collisions involving their drivers to help avoid reputational and financial damage, it has been said.

The issue was discussed on a recent webinar entitled 'Crisis management: Post-crash action and care', held by road safety charity Brake as part of its Global Fleet Champions campaign.

One of the speakers was Andrew Spence-Wolrich of Wolrich Consulting, who said a lack of good post-crash management by fleets could cause issues including: reputational damage both inside and outside the organisation; potential legal liabilities; increased insurance premiums; uninsured losses; and damaged customer confidence.

Spence-Wolrich said: "Whether the driver or fleet organisation is found to be at fault or not, your objective is to manage the welfare of your drivers and their families, and to carry out effective incident management processes.

"Failure to implement an effective pre- and post-crash approach can result in serious long and short-term consequences.

"Best practice would be to develop a robust road risk management strategy, which includes rapid response training, post-crash support to drivers and other victims, and post-crash analysis."

According to Spence-Wolrich - who said he had experienced three fatalities during his career - it is vital to have emergency response procedures in place, even to the point of specifying that emergency services are promptly notified, which "doesn't always happen".

He said that external support systems should be lined up, such as recovery services, and that drivers' emergency contact details should be kept updated.

He advised that drivers' emergency contacts should be notified about incidents even if the driver asks for this not to happen, saying that after a crash they will not be in the right state of mind to decide, and that managers will be thanked by the family later.

Spence-Wolrich added that fleets should know in advance what support they could offer in the event of a crash.

He said: "These systems should be tried and tested to determine how quickly you can respond in the event of a crash - I would treat it just like a fire
drill, effectively."

Spence-Wolrich also said that drivers should be reminded not to admit liability after a collision, and not to give statements to police without a lawyer present.

He added that drivers should be offered counselling, and should not return to work until they are ready.

Spence-Wolrich said that post-crash investigations - which should be thorough and carried out at a senior level - could include data from telematics systems, a point also taken up by Jonathan Bates, marketing director of webinar sponsor
Mix Telematics.

Bates said: "The job of telematics post-crash is not to provide opinion or supposition, but to provide factual data in order to clarify situational context."

Bates explained that second-by-second data showing speeds and engine revs could provide a clear picture of what actually took place, as could camera footage.

He added: "This information is regularly used to support our customers and is admissible in a UK court of law."

Andy Price, director of Fleet Safety Management, also discussed post-crash analysis, saying it was not just the actions of drivers that should be considered.

He said: "It is all too easy to focus on the driver. It is important to look at the wider implications of why a collision occurred.

"Post-collision review needs to look at potential operational and management issues as well as driver ones."

Talking about the hidden costs of crashes, Price mentioned that firms could consider them under their corporate social responsibility policies, since vulnerable road users not working for the company were likely to be affected.

He also touched on legal concerns, but said: "If you have got some robust management policies and procedures in place, audit them and have a strong audit trail, then the risk of prosecution is very low."

He continued: "If we are honest, I think most people are concerned about financial losses and uninsured losses.

"There is a good chance someone will be off the road for a time after a collision, and not being productive, and there will be a financial impact in that."