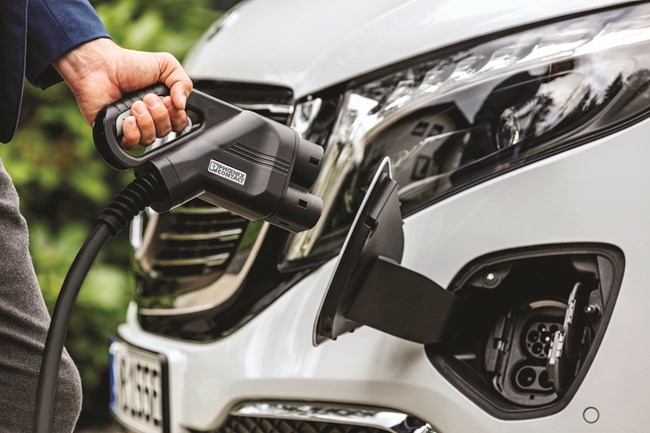 The time for fleets to adopt EVs could be beneficial for both operators and drivers, according to industry experts.

Paul Hollick, managing director of The Miles Consultancy (TMC), told attendees of Masternaut's Fleet Masterclass that the time has never been better, and electrified vehicles (EVs) could deliver significant advantages to many more fleets and drivers than in the past.

"The government is funding everyone into doing more to saving the planet and protecting the environment," said Hollick.

"Imagine a landscape where everyone is in EVs and what that would do to the tax take. That disappears, so think of how the government would need to change that and bring that around again.

"There is talk of road charging, but at the moment we are in a 'sweet spot' where the drive from the government is to push people into EVs, so we should take the benefits while we can, in reducing benefit-in-kind (BIK) and improving our fleet profiles."

He also warned about action to disincentivise using diesel cars, with some local authorities indiscriminately penalising them, regardless of their emissions class.

"Parking and urban charging is on the increase whether we like it or not, and it doesn't matter whether they are Euro 6 or RDE2-compliant," said Hollick.

He added that as BIK tax is CO2-based, it encouraged EV use, and that he has witnessed a rise in fleets having a multi-fuel strategy, whereas in the old days many would have been diesel only.

He also said employees in company cars have gradually been paying more tax.

"There is a way out of it and that is electrifying your fleet," Hollick said, giving an example of a BMW 116d, which would have been in a favourable company car tax position five or six years ago, but that car - discontinued with the introduction of a new 1 Series this autumn - would fall into one of the highest BIK tax brackets now.

He said the switch from the old NEDC fuel consumption and CO2 emissions to the WLTP system was also creating higher BIK tax for petrol and diesel cars.

He added that electric cars might not work out unfavourably compared with conventional petrol and diesel cars on running costs, although at the moment they might be more expensive to lease.

Some manufacturers are introducing new EVs in 2020 ahead of average fleet CO2 emissions being measured for EU regulations. Exceeding the 95g/km average target will result in fines levied by the EU.

Others have ramped up battery production to allow a better supply of electric cars in 2020, in time for the average emissions measurement period, helping to reduce the lead times to within four months of ordering, rather than double that as has often been the case in the recent past.

"Do the maths and then you can start to think about whether adoption could work," said Hollick.

However, he added it was essential to measure and manage data to calculate business and private mileage to ensure powertrains were optimised for the correct roles.He also warned against giving drivers plug-in hybrids to help reduce BIK tax liability when they weren't charging them and running almost entirely on petrol.

"I genuinely believe that costs should be secondary," said Hollick. "I know that won't be what you or your bosses want to hear. But the cost equation will balance out at some point in time if it hasn't already."