EU plans for intelligent speed assistance systems to be imposed for new cars could improve safety - and also change which vehicles we drive. Sean Keywood reports. 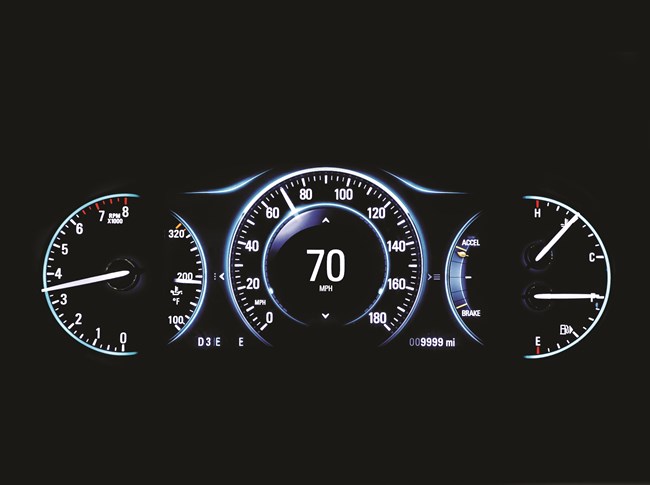 The prospect of a mandatory speed limiter on cars could affect drivers' vehicle choices in the future, it has been said.

Intelligent speed assistance is set to become compulsory on new cars from 2022 under provisional EU legislation, alongside a number of other safety systems including autonomous emergency braking.

The speed limiters take information from a combination of GPS map data and speed limit signs read by cameras, and keep the car to the current limit by restricting acceleration.

For safety reasons it would be possible for the driver to override the limiter in order to deal with emergencies, such as if the car was about to be hit from behind.

The legislation suggests that limiters - already available with many cars - should be on by default every time the car's ignition is switched on, although they would then be manually cancellable.

Although the UK is planning to leave the EU, the government has said vehicle type approval standards will remain aligned, and in any case manufacturers would be unlikely to re-engineer cars sold between the two markets.

Reacting to the plan, Shaun Sadlier, head of consulting at leasing company Arval, said it prompted questions about whether the sort of cars chosen by drivers might change in the future because of speed limiters.

He said: "If you are limited to statutory speeds at all time, is there any point in opting for a car with a more powerful engine, its only advantage being in short bursts of acceleration?

"Also, could it hasten the switch over to electric vehicles, with an enforced, more gentle driving style helping drivers to maximise range?"

Motor industry body Thatcham Research has welcomed the plan, saying excessive or inappropriate speed is the cause of 15% of UK road crash fatalities.

Thatcham director of insurance research Matthew Avery said: "Limits are intended to keep traffic speeds at an appropriate level for a given environment, ensuring the safety of motorists and other road users.

"Greater adherence to speed limits would avert many accidents and mitigate the effects of those that do occur.

"Many drivers want to remain safe and drive within the law; however, they can find identifying when to change from one speed limit to another difficult and distracting. In this respect, intelligent speed assistance systems will help to keep drivers safe and legal."

While supportive of the plan, Avery said there were limitations to the systems' current capabilities that needed to be considered, and that drivers would have to be educated about how to use them safely.

He said: "Speed signs can often be obscured or inaccurate, while GPS mapping can be out of date. Temporary limits and roadworks can confuse the system too.

"There could also be a danger that drivers 'adapt' to the system, and come to over-rely on it, planting their throttle to the floor in the expectation that the car will control the speed.

"This could be a distraction danger and lead to speeding fines if the system is not picking up the limit correctly. And drivers will still be liable, whether they were relying on the system or not."

While much attention has focused on the speed limiters, Avery says the inclusion of autonomous braking in the legislation is in fact more significant.

"History will come to recognise autonomous emergency braking as the most important car safety innovation since the seatbelt," he said. "Achieving a five-star Euro NCAP rating today without it fitted as standard is essentially impossible."