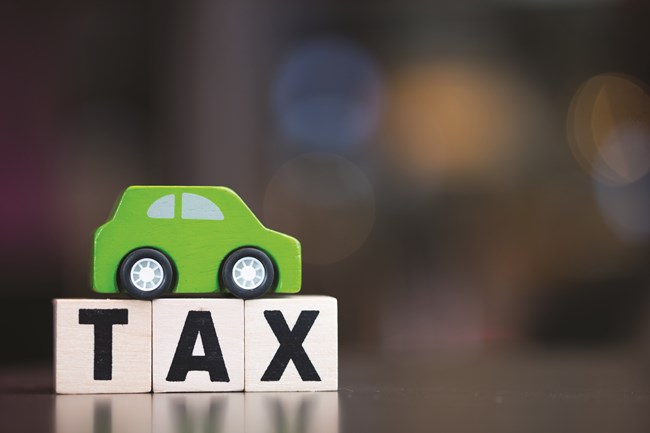 Fleet organisations have mixed reactions to the Government's new company car BIK tax rates in the UK to April 2023.

The recent announcement, which follows a review into the impact of the new WLTP vehicle testing regime, was felt by industry leaders to be long overdue, and the bands as now published have received a mixed response.

The review was held due to fears that, with full WLTP figures set to be adopted for taxation for new cars registered from April 2020, increased bills could be incurred, with official CO2 emissions figures expected to increase under the new testing regime, placing cars in higher tax bands.

The government has therefore now announced that rates for cars registered from 6 April 2020 will start two percentage points below the previously announced 2020-21 rates in that year, then increase by 1% each year until they are level in 2022-23.

Reacting to the overall announcement, fleet operator organisation Acfo was critical, saying that the government had not gone far enough.

Chairman Caroline Sandall said: "The freezing of company car BIK tax rates from 2020-21 for the vast majority of employees that already have a company car - or will be taking delivery of a new one prior to 6 April 2020 - is a token gesture. The rise from 2019-20 rates has not been cancelled.

Sandall said that Acfo was also disappointed that rates had not been announced for a longer time period.

"Acfo called for a continuous four-year view of company car BIK tax thresholds to give employers and drivers certainty over future bills," she said.

"However, the government has chosen to only publish rates up to and including 2022-23.

"Amid a trend for longer vehicle replacement cycles, it is disappointing that the vast majority of drivers selecting new company cars today do not know what their tax bills will be for the whole operating cycle of the vehicle."

Sandall added that while the 0% rate for electric company cars next year was welcome, there were still problems with the measure.

"The number of zero-emission cars currently available is minuscule and lead times are lengthy, so the real value of the 0% rating will be extremely limited," she said.

"Most major motor manufacturers have announced plans to introduce numerous plug-in models over the next 18 months, and the government needed to take account of model launches and availability in reforming company car BIK tax.

"Consequently, for many drivers, plug-in vehicles are not suitable and the arrival of WLTP emission figures means that on 'normal' petrol and diesel cars the tax burden will, in most cases, rise."

Fleet training organisation ICFM agreed that the zero-emission incentive should have gone further.

Chairman Paul Hollick said: "Plug-in vehicles - and particularly zero-emission models - remain a very niche product, and what availability there is does not meet fleet and company car driver requirements in the majority of cases.

"That will change over the next two or three years as more models from mainstream manufacturers become available.

"Therefore, the government needed to incentivise the take-up of zero-emission and plug-in vehicles through the BIK tax regime over a much longer period of time, as by April 2022 tax rates will be back to where they were at April 2020."

Hollick also said that while ICFM was relieved the government had "taken at least some action" to limit driver's BIK bills, it felt that overall the announcement was not sufficient.

He said: "The migration of employees out of company cars is well-established, as identified by HMRC data going back over many years.

"ICFM fears that the government has not done enough in reviewing company car BIK tax to either stop, slow down or reverse that trend.

"As a result, through its own company car BIK tax strategy, it is undermining one of its major policies - driving fleets towards a zero-emission future."

However, industry opposition to the newly announced rates was far from universal, with the BVRLA among those to react more favourably.

Its director of policy and membership Jay Parmar said: "The government has responded positively to the company car tax campaign mounted earlier this year by the BVRLA, its members and fleet industry colleagues.

"Recognising the value of the company car market in supporting the transition to zero-emission technology is also a positive endorsement for our sector, showing refreshing alignment between government's environmental and fiscal policies.

"The Treasury is giving back some of the unfair company car tax windfall it was set to receive as a result of WLTP and providing some essential extra visibility on future tax costs for those looking to order their next vehicle. This is a good day for company car drivers and our members."

The UK's leasing market leader Lex Autolease also responded favourably to the new rates.
Its head of fleet consultancy Ashley Barnett said: "The lack of clarity on the long-term tax regime for company cars has severely hampered uptake, clearly reflected in the most recent car registration figures from the SMMT and the reduction in the number of people paying company car taxation.

"[This] announcement gives a degree of much-needed certainty to company car drivers and fleet managers. "It is really good to see that BIK will be 0% on EVs from April 2020, with this increasing by 1% to reach 2% in 2022-23 regardless of registration date.

"The freeze on BIK for vehicles under NEDC-Correlated at 2020-21 levels for two years is also welcome news for the fleet industry. This, coupled with RDE2-compliant diesel vehicles being exempt from the 4% diesel supplement, gives clear foresight for company car fleet decision-makers."

The table below shows BIK rates for cars registered from 6 April 2020. For company cars registered before that date, the rates listed below for 2022-23 will apply for all three years, except for zero-emission cars, which will follow the rates as shown.