The auction body is introducing new training and auditing services for its used vehicle appraisal programme, but not all members are happy. Jack Carfrae reports. 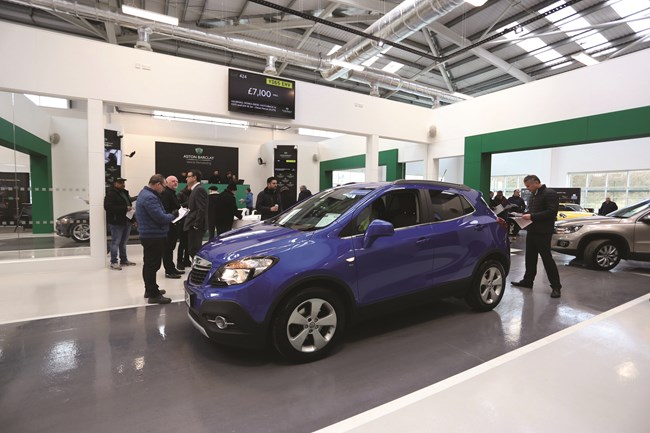 The National Association of Motor Auctions (NAMA) is to introduce a series of new initiatives to its vehicle grading scheme, amid claims from the remarketing community that the current system is unsuitable.

The organisation will launch refresher courses for assessors already trained under its vehicle accreditation programme, along with an auditing process designed to scrutinise on-site grading.

Speaking exclusively to Business Car, head of NAMA Louise Wallis said: "We are in the process of developing some reaccreditation courses, so that three years down the line - after they have taken the training course that we run at Stephenson College - they take a course that will refresh their skills and
reinforce consistency."

She said the reaccreditation courses were due to commence in autumn and would be run online - unlike the initial training, which is conducted over two days in Leicestershire - in order to reduce staff downtime.

Wallis added that "self-audits" would begin in July, obligating auctioneers to perform assessments of their own grading, which would be checked by NAMA and form a condition of the organisation's grading licence, which all users are required to have.

"There will be a list of questions, one of which will ask if they are training at least 85% of their inspectors at any one time," said Wallis. "You will always have a churn of staff but effectively, everybody who is inspecting should be trained, be it the main course at the college or the refresher. Also, they should have the correct environment to inspect the vehicles and be doing it to the correct standards."

NAMA's grading programme was introduced in 2012 as a means of standardising and labelling the condition of used vehicles across the auction industry, and ranges from 'A' or 'one' for vehicles with minor issues to 'E' or 'five' for those requiring more than two major repairs. According to Wallis, around 90% of vehicles sold at UK auctions are now subject to grading, which is said to be a popular stipulation by large contract buyers and sellers, such as car supermarkets and leasing companies.

Some NAMA members have criticised the scheme for allegedly being difficult to implement in practice. Speaking to Business Car in April, Graham Howes, commercial director of CD Auction Group, said: "We still get feedback that a grade A in one site can be a grade B somewhere else - and it could even be a grade C, so the application of it is still a problem, but the need to have it is becoming more prevalent."

Wallis admitted that inconsistencies with the scheme were inevitable.

"We try, all the time, to iron out those sorts of problems," she said. "There will always be some level of subjectivity, but we try and make the grades as objective as possible - and it depends on how the car is presented at auction at any one time. You may find it is the same car with the same damage, but if it has not been cleaned, then that can cause problems. I think, innately, you are always going to have those sorts of comments and problems; somebody will put a car in somewhere and not be happy with a grade, regardless. It just happens, unfortunately, but we try to make that as rare as possible."

Members have also claimed the scheme is limited in its application to online sales, which now account for a huge portion of UK auctions. In its description of grading, NAMA's website states that "buyers will have more confidence to buy online in the knowledge that they are purchasing a car of a known condition", but the scheme is only applicable to auctioneers that conduct physical sales - not those that operate in an exclusively online capacity.

One member company told Business Car: "The grading was introduced to try to standardise things for people buying vehicles online. However, digital members of NAMA are not allowed to use NAMA grading, which is absolutely bizarre."

In response, Wallis said: "At the moment, the membership rules for using grading are that you have to have a physical presence. It was originally brought in to help with the standards with physical auctions, and it is under review all the time. It may well change at some point, but I can't put a date on that; the members will have to decide. At the end of the day, we are a democracy as an organisation; we will ask our members whether that is the right thing to do."