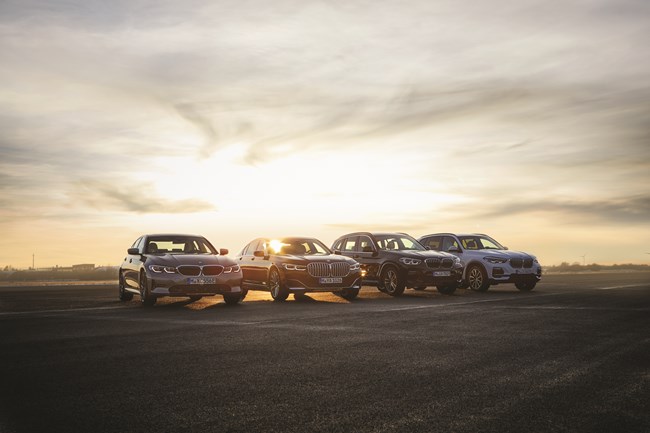 Plug-in cars could play a bigger role in attracting fleet customers to BMW and Mini next year as it introduces its second-generation PHEV and electric models.

Rob East, general manager for corporate sales at BMW, believes the new plug-in version of the BMW X5, the new 330e and updates to other models will create renewed appeal for electrified technology.

He said 2019 has brought "unprecedented" challenges, with some customers delaying vehicle replacement decisions because of uncertainty over the Brexit process, although the second half of the year demonstrated a better performance for BMW because of the availability of the new 1 Series, as well as the plug-in hybrid version of the new 3 Series going on sale.

The 330e had been available in the previous version of the 3 Series, but was discontinued before the end of that model's life cycle.

The new BMW 330e Saloon delivers an increase of up to 50% in
electric-only range and a reduction in CO2 emissions of more than 10% compared with its predecessor, with 37 miles and 37g/km respectively.

It will be joined by an identical powertrain in the X3, the first time plug-in hybrid power has been offered in that model, offering up to 34 miles of electric range and 49g/km.

Both models offer what BMW calls XtraBoost technology, allowing maximum power output of 252hp to be temporarily increased by 41hp by pressing a button, giving extra help when overtaking.

However, East said the latest X5 plug-in hybrid could present a greater opportunity to win over more user choosers with class-leading electric range. The new X5 xDrive45e has an electrically powered range of 54 miles when fully charged - more than three times as far as the predecessor model, while CO2 emissions are reduced to 37g/km. It puts the X5 in the 6% BIK tax bracket from April 2020, with a monthly BIK tax payment for a 40% taxpayer from around £150 a month - less than would be paid for a new diesel Vauxhall Astra.

Unlike the previous X5 xDrive 40e, the new model uses a six-cylinder engine instead of the previous four-cylinder motor, producing 286hp on its own, and up to 394hp in conjunction with the electric motor and 24kWh battery.

At 5.6 seconds, the new version is 1.2 seconds faster from 0-62mph, while luggage capacity compared with the standard X5 is 50 litres lower at 500 litres. Fuel tank capacity is 69 litres. The new BMW X5 xDrive45e is fitted as standard with two-axle air suspension and electronically controlled dampers.

East said: "There is a big opportunity for the new X5 xDrive45e because its BIK tax will be 6% from April 2020. It is a vehicle that you probably wouldn't immediately think of as a company car, but the plug-in hybrid has provided us with a model that would seem very attractive for tax liability."

BMW's other plug-in hybrids, the 530e and 225xe, have even more impressive zero-emissions ranges of 35 miles and 31 miles respectively, thanks to greater battery capacity.

East added that there would be more promotional activity behind the Mini Countryman Cooper S E Hybrid in 2020 in the corporate sector, as well as the launch of the Mini Electric small hatchback in the spring, which is already available to order.