Nissan steps back from diesel

The new Nissan Juke will not be offered with a diesel engine, and according to the company's UK boss, diesel is not a foregone conclusion for future models. Simon Harris reports. 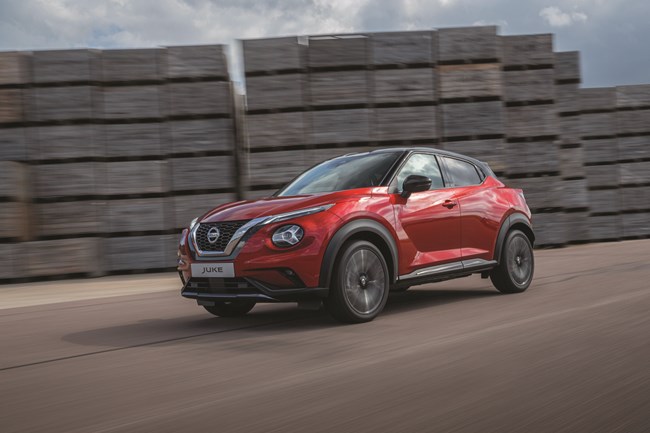 Nissan will study buying behaviour carefully before introducing diesel options in new models in future, citing a move away from the fuel by customers in 2019.

The company has ruled out the possibility of the new Juke being offered with a diesel engine, which perhaps shouldn't come as a big surprise given the size of the car and the fuel efficiency possible with its three-cylinder petrol engine. However, UK managing director Kalyana Sivagnanam refused to commit to diesel in future models without carrying out a careful evaluation first.

Nissan has pioneered electric cars, with the Leaf now in its second generation and the NV200 small van now available only as an electric version. The company expects diesel models to play a smaller role in future, and says it could not be taken for granted in future generations of the Qashqai and X-Trail.

Currently, it offers a diesel option in the Micra, launched almost three years ago, but the days of the power unit in this model could also be numbered when it comes to mid-life cycle updates.

Sivagnanam told Business Car: "We have good CO2 emissions with [the Juke], at around 20% lower than its predecessor. I don't think customers are going to miss diesel in the Juke.

"But every time we review the life cycle of the product, we look at the powertrain options and then decide what we need.

"Last year with the E-NV200, we went to an entirely electric option. We will keep to that strategy to reviewing before making a decision."

Although it has a single engine from launch, Sivagnanam told Business Car that the Juke covers around 80% of the B-SUV sector, and while a plug-in hybrid version is expected to join the range later, there will not be a diesel.

"You can see the decline of diesel looking at this year's new car sales," he said. "We will certainly not have a diesel [Juke] in future."

Sivagnanam said the Juke had been Nissan's biggest seller in the fleet segment and claimed it has broad appeal to retail customers as well as in the distinct fleet channels.

"I really don't see the fleet customer as any different from retail customers in this sector, with the exception of worrying about taxation,' he said. "Fleet drivers still have the same perceptions of the product.

"The Juke is a balanced package that could take a 12-15% [B-SUV] segment share in a full year. More people are coming out of hatchbacks into SUVs, as well as people downsizing.

"[The] Juke was our leader in fleet, and Motability is also important to us. We think the Juke will have strong appeal across the fleet sector."

While the Juke is now in a far more crowded sector than when its predecessor was launched nine years ago, Sivagnanam pointed to improvements that should ensure its competitiveness.

"We got some real customer feedback on what they wanted us to improve," he said. "The interior is a step up from before, and some had difficulties with the boot, and asked for a larger, better-designed boot."

He didn't comment on the expected plug-in hybrid, which Renault has confirmed for the next Captur (that shares the Juke's platform), but pointed out Nissan's expertise in the electric vehicle segment, and the opportunity for growth.