The man who replaced Carlos Ghosn at the top of Renault says tougher emissions rules are challenging, but benefit everyone. Simon Harris reports. 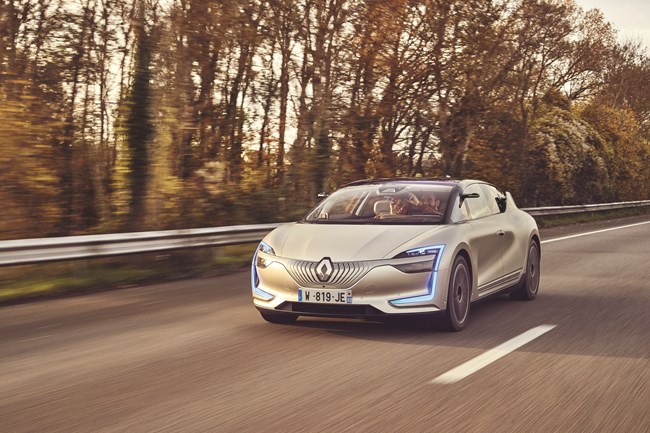 'Dieselgate' has increased scrutiny of vehicle emissions and brought forward "irrational" regulation, but politicians are mainly doing what is best for society, according to Renault's chief executive.

Thierry Bolloré, who succeeded Carlos Ghosn after he was dismissed last year, believes the renewed focus on vehicle emissions doesn't make sense, but has made the automotive industry better prepared for the future.

He told an audience at the recent Viva Tech exhibition in Paris that the rate of improvement in diesel technology had slowed until the Volkswagen emissions scandal of 2015, which then put the industry under greater scrutiny and drove change.

"Diesel is a technology which is mainly European, not global, and when you look at the evolution of diesel in the last 10 years it has decreased," said Bolloré.

"But there has been an acceleration in the requirement to reinforce the regulations since 'Dieselgate', in a direction that almost prohibits diesel. It is not fully rational, but it is a fact.

"We can say the latest technology could help diesel be as clean as required by the regulations, but the regulations are the reason electric vehicles (EVs) are being promoted so much today, and gaining traction with OEMs.

"However, hybrids are also being developed to satisfy short-term use for distances that EVs can't offer, and to help us meet the future CO2 limits."

He said the industry would be resilient to the rapid shift in technology, despite it creating a challenge.

"The acceleration of the new regulations has created a huge tension in the industry, and more investment," said Bolloré.

"We were surprised by the reaction from regulators to pull ahead what was supposed to come later. We got through successfully and achieved Euro 6d Temp, and we are prepared for Euro 6d full when it comes.

"Renault is a pioneer in what is happening today. We have been working in electric mobility for more than 10 years. We have lots of data and we have trained more than 30,000 people in EVs. We are already making money with electric mobility, even though the figures are modest."

He said that while the price of fuel has been an important factor in determining consumer behaviour, it has also focused the attention of vehicle manufacturers on creating more efficient technology.

Bolloré said: "The price of fuel is an issue for all of us, but it is driving progress in the car industry. It has accelerated development and modernised our petrol powertrains.

"Each time we have a regulation pushing us in a direction better for society, it is the responsibility of authorities to do that, and we can take it as a constraint, but when we have the right mindset, it becomes an opportunity."

He also played down the prospect of technology giants rivalling car manufacturers for mobility services in the future, saying companies such as Renault had invested time in creating partnerships with many of them.

"Big tech companies are not threats," said Bolloré. "They are suppliers and partners. We have people who have been working with Google for a long time. We will have a multimedia platform coming in our cars by 2021. We had five years of discussions before we reached this stage.

"They are very much partners, and the same with Microsoft. They work with us in so many areas. When we have autonomous vehicles, customers will rediscover their time. They will help us get there, and offer customers a seamless experience between the home and the car.

"People want zero pollution, more autonomous cars and more connectivity. This is exactly what we are trying to offer. The leadership we have in clean mobility, and connectivity, we are bringing a lot of services that our customers will need."