Report calls for a new plan on road tax

The government needs to rethink motoring taxation to cope with the impact of new technology, a BVRLA-led report has said. Sean Keywood has the details. 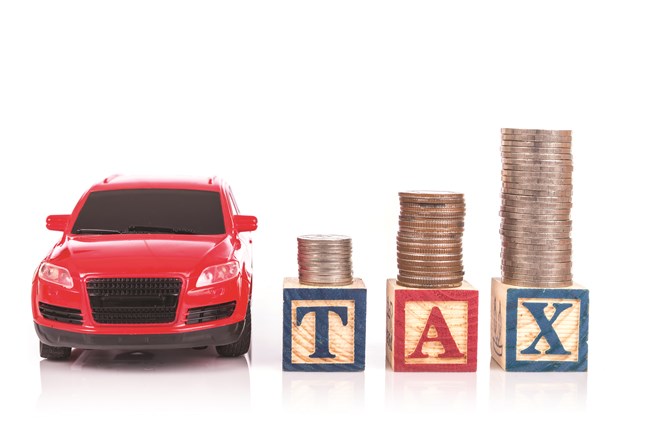 Developing technology such as electric vehicles (EVs) means the government needs a new approach to motoring taxation - with road pricing a likely outcome.

That is according to Road to Zero: Time to Shift Gear on Tax - a report put together by the BVRLA featuring contributions from nine organisations representing economists, fleets, motorists, the automotive industry, energy providers and local government.

Together, they say that the arrival of not just electric, but also increasingly connected and shared road transport, presents challenges and opportunities for future motoring tax policy.

Pointing to an impending decline in revenues from the current CO2 emissions-based regime due to EV adoption, they highlight the potential for a new tax system that could address this, while also tackling transport priorities including urban air quality and congestion.

The report says that 'no change' isn't an option, but that new technologies present an opportunity for a tax system based on distance travelled, time of journey, location or air pollution.

In the report's conclusion, director of the Institute for Fiscal Studies Paul Johnson argues that while changes of the sort it proposes have previously been unpopular - a petition against road pricing attracted more than one million signatures in 2007 - action now needs to be taken.

He said: "[Fuel duties] are bound to keep falling, eventually towards zero, if we are to meet our climate targets, and government intentions to phase out the sale of all petrol and diesel cars are realised.

"We need a tax system which aids the move towards zero carbon transport. And we need one which continues to levy a charge on road users, not so much because that will be important to the public finances - though it will - as because we need some way of taxing the external costs created by road users."

Johnson said that the tax system therefore needed to change over time in a planned and transparent way, with the end point 'almost certainly' being some sort of road user charge linked to congestion.

He continued: "This is a much more plausible outcome than ever before as technology has advanced and we have all become so much more comfortable with it.

"But we won't get there without engagement and leadership from government. As we go through the transition to a new sort of vehicle fleet, that needs to come soon.

"Leave it too late and there is the real risk that we manage the transition inefficiently, lose huge amounts of revenue over the long run and see ever-growing congestion on our roads."

Among the contributors to the report is engineering and environmental consultancy Ricardo, which said in its submission that taxation needed to be changed to encourage users, including fleets, towards EV adoption.

It said: "Today's EVs don't provide users with additional utility compared to their existing petrol and diesel vehicles and, if anything, they can require compromises, particularly in their ability to make longer-distance journeys.

"This requires the vehicle and fuel taxation system to give clear, consistent long-term messages that a shift to plug-in electric vehicles will bring economic benefits.

"Businesses and private drivers will need long-term sight of future changes in vehicle taxes and incentives, and these measures will need to work effectively together."

Ricardo said that while the government clearly wanted a move to a low-carbon transport system, to date it hadn't supported that aim in a coordinated manner.

It said: "Reforming the taxation system to bring clear, consistent, long-term incentives for a shift to ultra-low emission vehicles will help it achieve its targets more quickly and with better buy-in from consumers, business and vehicle manufacturers."

Off the back of the report, most of the contributors have also co-signed a letter to Chancellor of the Exchequer Philip Hammond, calling for an independent and wide-ranging review into the modernisation of motoring taxes for a zero-emission future.

BVRLA chief executive Gerry Keaney said: "Fuel duty, VED and company car tax have been successful in driving down carbon emissions. Now it is time to go back to the drawing board and explore how the fiscal regime could also make roads safer, less congested and fit for the future."