Industry experts predict that 70% of new cars and vans will be electric in ten years' time. Rachel Boagey investigates. 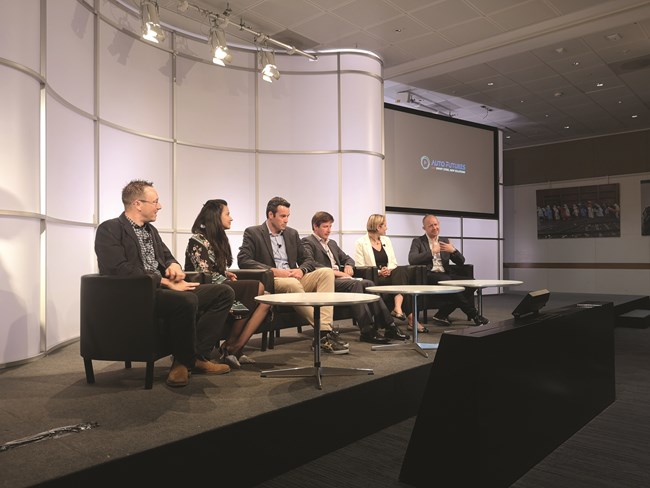 By 2030, 70% of new car and van sales will be electric, explained Natasha Patel, associate director at KPMG, at a recent seminar in London that focused on the future of transport.

The Guild of Automotive Writers and Auto Futures seminar entitled 'Smart Cities - New Solutions' took place in Canary Wharf, where many city officials, industry experts and mobility specialists came together to discuss measures that can make a difference to the urban environment.

Patel said that electric vehicles (EVs) are becoming 'normal to talk about' and their introduction into society is 'happening on an exponential level'. Experts from the live event were in agreement that EVs and shared transportation could hold the key to solving current environmental problems, and when asked for a show of hands, around 70% of the audience also agreed that EVs could and should be fully implemented by 2050.

Erik Fairbairn, CEO at Pod Point, was also on the panel at the seminar and supported Patel's statement, saying that he was expecting a fairly busy few years in his job, and that he thinks it may even be more than 70% of cars that are electric by 2030.

"I think that it is amazing that we have just heard Natasha say that that amount of cars are going to be electrified by 2030 and there wasn't a single sharp intake of breathe,' said Fairbairn.

Interestingly, Patel also explained that the 70% of cars and vans KPMG expects to be electric by 2030 includes plug-in hybrid and battery electric, not mild hybrid.

"We don't believe mild hybrid will get us any closer to the agenda of decarbonisation and greener transport we are heading towards," she explained. "We are seeing a big change in the way people move around, especially in city centres, and this is moving the dial on emissions in transport and is only set to continue that way."

Speaking to Business Car after the event, Pod Point's Fairbarn agreed with Patel that mild hybrid and even plug-in hybrids are a short-term solution.

"I am a strong believer than hybrid is in fact a very short-term thing, but I am also very supportive of anyone who is running a plug-in hybrid at the moment at this stage in the market," he told us. "The reality is it is teaching you to think about plugging in, giving you the experience of driving electric, and it is doing a whole bunch of things in your mind subconsciously which is legitimising this move to full electric too."

He added: "I think some people will make the step straight from a hybrid to electric and some people will take an interim step to around the 100-mile EV, and that pretty much means they almost never go onto petrol driving one. Then people are really ready for mass adoption and hopefully by then we will be on top of sorting infrastructure for all of those cars.

"Currently, less than 1% of the cars on the road are electric, so I can't build the infrastructure to reach 100% just yet. But in principle we do have to run concurrently with the role of EVs, and with the huge projections we have here today, that means I am going to be a very busy man."

The move towards electrification has meant that Pod Point's work over the last few years has increased.

"We have been doing this for over ten years, so we have witnessed immense changes over that period of time and I think the point that the market is at at the moment is a very interesting stage. We are going from it being important to put a small number of charging points in a wide number of locations to now putting lots of charging in each area."

Fairbarn explained that he expects this increase in EVs on our roads to happen in three phases.

"The fact that we have got to the stage where 70% electric cars by 2030 is a reasonable projection is amazing," he said. "What we are seeing is this transition from people having a bit of education of a new technology, to them starting to talk about the new technology and then that technology really happens, and I think we are at the end of that talking phase now, and it is starting to happen, which is super exciting."

"Ten years or a bit less ago than that they almost just wanted to show they had one.," he said. "Now it is more serious than that and they want to move their entire fleet over to EV. We get fleets saying to us they have got 100 members of staff driving EVs and need to charge all of them during the working hours of the day. It is enormously challenging but the fact is we are moving from early adopter to early majority, and that is super exciting for us as a company but also the wider industry and transport as a whole."