Grey fleet is rarely the most environmentally friendly form of transport. Jack Carfrae asks how businesses can clean it up. 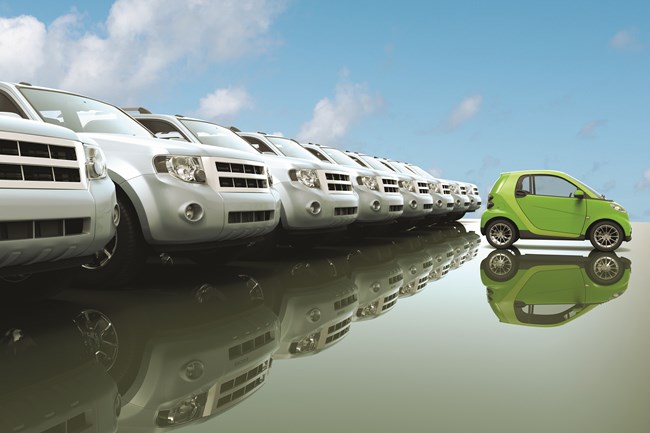 The figures say it all: 12 billion miles driven, 3.5 million tonnes of CO2 and £5.5 billion a year. That was the BVRLA and the Energy Saving Trust's (EST) estimate of the UK's grey fleet footprint in their 'Getting to Grips with Grey Fleet' report published in July 2016.

The two organisations calculated that, of the 14 million such vehicles on the road (Lex Autolease's estimation), 11.8m were used by private businesses at a cost of £5 billion a year, 3.2 million tonnes of CO2 and 7,038 tonnes of NOx. The remaining 2.2 million were believed to be in the public sector - often cited as a bastion of grey fleet - cost £786 million annually, and kicked out 447,000 tonnes of CO2 and 1,118 tonnes of NOx.

Lex's 'Managing the Grey Fleet' report, also published in 2016, reckoned grey fleet vehicles were, on average, 8.2 years old and typically emitted 152g/km, next to 112g/km from one of the leasing giant's new company cars at the time.

Three years on, it is safe to assume that employees' own vehicles are still responsible for a massive number of business journeys, and a whole heap of expense and emissions. It is not news that carbon footprint and costs go hand-in-hand, while organisations with more than 249 staff or an annual turnover in excess of ?50 million are obliged to report their environmental performance - of which grey fleet is very much a part - under the Energy Savings Opportunity Scheme (ESOS).

There are reasons, then, to give your grey fleet a once over with an eye for the clean. Convenience is its strongest suit, as it is far easier to stick someone in their own car than to get to them thinking about alternatives or to set up a more systematic approach to business travel. Just because it is a doddle doesn't mean you should do it, though, especially because the former is often poorly executed and can leave the company wide open thanks to iffy maintenance, lack of business insurance, etc - but that is another story.

The EST, which audits grey fleets and suggests ways to clean them up, uses a technique dubbed 'travel hierarchy' to encourage employees to reconsider their transportation methods.

"It is a process that tries to guide the employee to the most cost-effective and cleanest method of transportation for that particular journey," says fleet support manager Steve Williams.

"It starts with the question 'do you actually need to make it?' because the cleanest mile is the one that you don't travel, but if you have to make that journey, you then work out the best method. If you haven't got a company car then you might look at public transport, walking, cycling; if they are not appropriate then you might look at hire cars, or pool cars if you are running a pool fleet - and you go down through those methodologies until you get to the point where the transportation mode of last resort is grey fleet."

To that end, Acfo board member Stewart Lightbody has gone so far as to reward employees who don't simply default to driving for business trips.

"We are trying to get people to think differently about moving around," he said. "We had mileage-based eligibility criteria for who gets a company car - you had to go over 9,000 miles a year to prove that you needed to retain that benefit. However, if someone genuinely only needs to do 5,000 miles a year but they are thinking differently about how they spend their [travel] time, then we should be rewarding that - not the extra miles - so we no longer take company cars off our employees if they don't reach the 9,000 limit, if they are proactively trying to do the right thing."

A second look at your mileage reimbursement policy wouldn't go amiss. On the face of it, they are more about cost than cleanliness, but AMAP rates - generously doled out - are both hideously expensive and encourage employees to take the long way home, which is hardly the eco option, while inflated claims are pricey and easily missed. 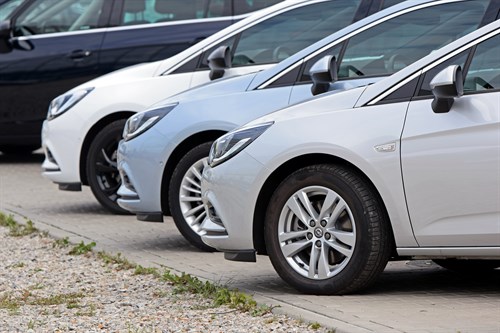 It is worth looking back at your data around reimbursement and grey fleet usage in general (the EST's advice is, if you haven't got any data then get some - and quickly) and, if it merits it, considering a different approach.

"I have seen some companies operate twin-track mileage claim rates," says Simon Turner, campaigns director at Driving for Better Business. "So if you can make a journey easily by train, you can only claim business mileage at a lower rate than if you are travelling to somewhere that is remote and you can only get there by car."

Pool cars and/or car clubs are typically good replacements for employees nipping between sites or with relatively short, urban journeys. In February 2018, for example, Salford Council claimed to have cut grey fleet usage by 95% and saved £400,000 over 18 months by using a 12-strong pool car fleet of electric Nissan Leafs, supplied by the Co-Wheels car club.

Rental is also a common alternative, especially for longer trips. The EST's report claimed that journeys of more than 80 miles per day were prime targets for hire cars over employees' own, and referenced 2013 emissions figures of 132g/km for the former, an improvement of almost 27% on the latter's 167g/km at the time.

The catch, according to some fleets that deal with rental, is that hotchpotch hire car supply can result in vehicles with higher CO2 than you were banking on (see Business Car's 2018 investigation for more on this). Lightbody - who has encouraged rental as a grey fleet replacement and acknowledges its benefits - explains the downside: "You just don't know what you are going to get when it comes to daily rental. We could book a hire car for a business journey and we might end up with a £40,000 Jaguar XF because they haven't got any group Bs [generally a small hatchback] available and we only pay a group B rate, but 'it is OK to upgrade that driver'. In reality, it is not. you have got to weigh up the practicalities of trying to find an appropriate vehicle, with the right CO2, against the flexibility of keeping that person mobile."

The thing to do, according to Turner, is impose a CO2 cap on rental suppliers.

"You are perfectly at liberty to arrange a deal with whoever you rent your cars from and say 'I will only accept emissions at this level - you have got to supply within this criteria'. I know a lot of companies that do that."

You can just get rid of grey fleet completely - and a lot of companies do, although it tends to be motivated by the fact that it is a loose cannon for risk and compliance, rather than the environmental aspect.

"I have worked in organisations where it is banned," says Williams. "They have access to other resources where the kind of journey profiles that you are going to do mean that, at the very worst, you are going into rental or there is a pool car available, so there is no grey fleet mileage. It is written into your contract that you will not use your own vehicle for work, and it is a disciplinary offence if you do."

The counter to a blanket ban is that there are instances in which grey fleet is appropriate, and if it is well-managed and not relied upon too heavily, there is nothing wrong with it.

"I came across an organisation where an individual had to go two miles up the road every day with a heavy piece of kit that you couldn't carry or put on a bus, so it had to go in the back of a car," says Williams. "Bearing in mind they had no pool or company cars, it wouldn't have paid to give him a van for that journey, so he did it - he was the only grey fleet vehicle on that fleet and paying 90p a day was the most cost-effective way of doing that. It is a specific example, but it shows that there are times when it is a reasonable thing to do."

The elephant in the room is the government's rather backward policy of taxing employees with the choice of a conventional company car or a cash allowance, not on the option they choose but on whichever is the greater value, which opened the taps for grey fleet. The way to combat that, according to Lex Autolease's principal consultant Chris Chandler, is to impose your own emissions limit.

"What we tend to do when we are drawing up a grey fleet policy is mirror the company car one," he says. "Let us say there is a stipulation that all vehicles must have a maximum CO2 of 120g/km; we will often say, 'if you have got 120g/km for the company car, you should have 120g/km for the cash takers'. It is difficult with occasional AMAP users, because you are not giving them any lump sum to procure a vehicle, but if you are giving somebody a cash equivalent to a company car, there is a strong argument to say, 'look, you are being given money to get a vehicle that is fit for use and appropriate, and the environment is part of our fitness for use and appropriateness policy'."