A new report offers advice on monitoring driver training schemes and the road to autonomy, among other fleet safety issues. Sean Keywood reports. 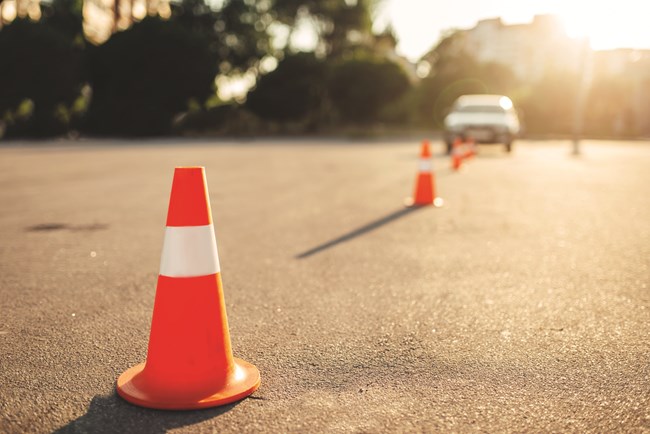 Fleet managers should monitor the effectiveness of driver training programmes they implement to make sure they are having the desired effect on staff.

That is among the recommendations made by 'Engaging drivers on key safety messages', a new report from road safety charity Brake's Global Fleet Champions campaign, which also discussed issues including the advent of autonomous driving.

One of the contributors to the report - which is free for members to download from the Global Fleet Champions website, - is Dr Lisa Dorn, associate professor of driver behaviour at Cranfield University and research director for Drivermetrics.

She said that while traditional driver training assessments have focused on
short-term results, recording driver awareness of key safety messages, laws and regulations immediately before and after the course, this approach is subjective and is often developed by the training instructor, rather than by a neutral third party.

Dorn continued: "Fleet managers need to consider the long and short-term consequences of their training programmes, as research suggests that the outcome of driver training programmes can be highly unpredictable and unexpected, and that sometimes they cause more risk than they prevent.

"For example, a study into the impact of skid-training interventions revealed that the number of crashes in slippery driving conditions actually increased after the training was complete, as drivers felt more capable and this encouraged them to take more risks."

Dorn said that analysis of training programmes, as well as looking at both short and long-term outcomes, should also consider how different training modules affect different social and demographic groups within a fleet, how to introduce control groups to minimise the effect of outside variables, and the potential for using randomised controlled trials to determine how each safety intervention influences driver behaviour.

Another contributor to the report is David Ward, senior technical manager for functional safety at vehicle testing firm Horiba Mira, who discusses the implications for fleet managers of the move towards autonomous vehicles.

According to Ward, fleet managers need to consider how new technologies can reduce road risk, and how to adapt to change, referring to the now widespread adoption of semi-autonomous advanced driver assistance systems as well as the eventual prospect of full autonomy.

Ward said: "The lack of data currently available makes it difficult to understand whether the introduction of automated driving systems to a fleet could affect driver behaviour. Empirical evidence suggests that drivers do not fully understand the capabilities and limitations of these systems.

"For example, it is widely assumed that a driver will be able to take control of an automated system in the event of a systems failure or it reaching the limits of its capability. However, this assumption doesn't take into account the fact that the driver could be distracted from the road or may have experienced deskilling due to over-reliance on new technology."

Ward said that fleet managers should consider advice about autonomous vehicles from key stakeholders - including experts in driver behaviour and vehicle manufacturers - and adapt their organisation's risk management policies to take account of new vehicle technology.

He also advised introducing training about autonomous vehicles, which should: alert drivers to the capabilities and limitations of the systems in their vehicles; provide clear guidelines on what drivers should and shouldn't do when driving them; educate drivers on the difference between their expectations and the realities of the technology; discourage drivers from becoming over-reliant on the technology; and challenge assumptions about how quickly a driver can react when an automated system fails.