The Brexit process may still be mired in uncertainty, but that doesn't mean fleets should be unprepared for possible outcomes. Sean Keywood reports. 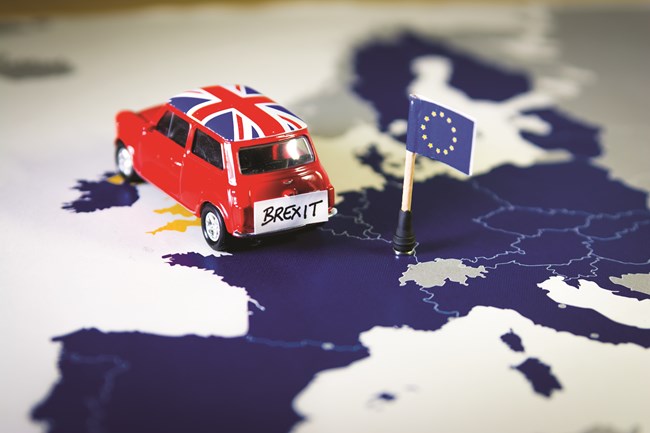 You may have noticed that over the past few months, we at Business Car haven't written about Brexit as much as you might have expected.

The reason for this is not that we are unwilling to help fleets address the dominant political issue of the time, but simply that the situation has been so unpredictable it has been impossible to write anything on the subject without it being out of date by the time you read it.

As of now, the date of the UK's departure from the EU has been set by the bloc at no later than 31 October, and the government is planning the latest parliamentary vote on its withdrawal agreement at the start of June - while continuing to say Brexit could still be completed well before Halloween.

However, finding any political commentator willing to bet on these things remaining set in stone - especially with a Conservative party leadership contest now seemingly imminent - would be next to impossible.

But enough about the issues facing journalists, how on earth are fleet managers - whether they have drivers actually operating in Europe or are just having to make key business decisions that Brexit will affect - supposed to handle this uncertainty, when depending on who you listen to Brexit might now happen sooner, or later, or not at all?

The temptation is to wait and see - but according to fleet operator organisation Acfo, that is not the answer.

Chairman John Pryor said: "Fleet managers cannot put operations on hold but, instead, must react to the demands of the businesses in which they work and within the economic and legislative framework that prevails."

According to Pryor, there is some preparatory work fleet operators should undertake so they are not caught out by any Brexit outcome.

"Acfo has highlighted to members on many occasions that the Department for Transport has published a series of 'technical notices' that set out information to allow businesses and citizens to understand what they would need to do in a 'no deal' scenario, so they can make informed plans and preparations," he said.

"Those 'technical notices' include issues around 'driving in the EU', including in relation to driver licences, vehicle hire and vehicle insurance.

"It is vital that operators undertake preparatory work, including holding discussions with suppliers, so that they are ready for whatever scenario emerges at the conclusion of UK-EU discussions."

According to Pryor, one particular area of Brexit focus for fleets should be around driver licencing.

He said: "It is clear that fleets need to be particularly vigilant in respect of EU driver licence holders complying with UK regulations, and potentially either exchanging their licence for a UK one or taking a UK driving test to obtain one.

"Fleet managers should also not only undertake checks on driver licences to ensure their validity and whether drivers had any convictions, but also risk assess foreign driver licence holders and put them through UK familiarisation training."

The difficulties of offering advice on Brexit when the political situation is still so fluid are acknowledged by Peter Golding, managing director of fleet management company Fleetcheck.

He said: "The problem with advising fleets about Brexit is that, even now, we have a very limited idea about what it will actually look like.

"If there was greater certainty, we could make concrete recommendations, but some degree of detail and direction looks distant.

"Against that backdrop, perhaps the only sensible advice is to look into any areas that are business critical. For instance, if you regularly drive goods across the Channel, it could be worth looking at other forms of transport because a hard Brexit could make that kind of activity difficult in the short-medium term."

Aside from that, Golding's advice to fleet managers is to stay on their toes.

"It is important to stay flexible," he said. "While we don't yet know much about the shape and form of Brexit, it is equally difficult to know what the effects of any final deal will be - so it is crucial to be able to make changes to your fleet activity to meet changing conditions."

Of course, while Brexit would be difficult enough to deal with if it was the only area of uncertainty currently facing fleets, the added complication, as Pryor acknowledges, is that this is far from being the case.

"Fleet operators have been waiting for clarity on numerous issues - company car benefit-in-kind tax, and the impact around the new WLTP and Real Driving Emission 2 standard as well as Brexit," he said.

"Other key issues include future proofing fleets as Clean Air Zones are implemented across the UK, and ensuring the 'right' fleet funding and risk management solutions are in place, particularly with a trend for employees opting out of cars."

For Pryor, this means that Brexit cannot just be addressed by fleets on its own, but instead must be viewed holistically.

"Businesses today, within the growing area of mobility of their employees, are wanting and needing to understand the issues and seek the answers to them," he said.

"With so many issues to be tackled and addressed, Brexit, in terms of vehicle operations, cannot be viewed in isolation."

Among the motor industry organisations taking steps to prepare for Brexit is data firm Cap HPI, which has announced it has prepared its systems to cope with any potential outcome.

The firm says that if the UK leaves without a deal a significant number of vehicle manufacturers may need to amend their vehicle and options prices to take new trade tariffs into account.

It says it is working with manufacturers on the scenarios that might result, and that its database will therefore be updated with the new figures 'en masse' in the event of a no-deal Brexit, ensuring customers have accurate information on which to base spending decisions.

A spokesperson said: "The changes will be made on a model range by range basis, showing fill rates from each manufacturer as we complete the loading process.

"If there is a further Brexit delay, Cap HPI will continue to work with manufacturers to ensure the data and systems are prepared."