Seat has achieved consecutive years of growth in the UK and expects to get a fresh boost from EVs. Simon Harris finds out more.

Seat has been one of the success stories in a car market that has cooled after years of record sales.

It finished 2018 - challenged, like other Volkswagen Group brands, with delays in WLTP testing - with registrations in the UK 12% higher than in 2017, with a 27% increase in 'true fleet' (sales to contract hire companies and end-user fleets), when overall registrations in that channel fell by 8%. It is no surprise to the brand's head of fleet and business sales, Peter McDonald, who has overseen a strategic change in Seat's objectives to make it a more appealing brand for the fleet sector.

"Our sales performance continues to grow," says McDonald. "Our big strategic aim was to grow in true fleet and reduce our short-cycle channels.

"So we wanted to get the best residual values we could achieve. We took practical and tangible steps to reduce our short-cycle business.

"Over the last five years we have reduced our rental volume by two thirds and we are now outside the top 20 manufacturers in daily rental. We wanted to do this to protect our residual values.

"At the same time we have grown out Motability share. We really like Motability because the vehicles are kept for three years and it is good local business that is serviced back through our dealer network. 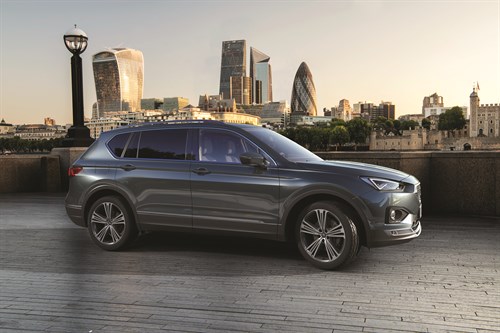 Part of Seat's problems with engaging with the big fleet customers in the past has been its model line-up. A few years ago, it comprised small and medium conventional hatchbacks, and the Alhambra MPV, but in the last three years it has added three new SUVs to the line-up - the Ateca in 2017, the Arona in 2018 and the seven-seat Tarraco this year.

McDonald says broadening the line-up to include these models was crucial for recognition by many potential customers.

"Our product range has expanded, and it is great to have the Tarraco joining the line-up this year," he says. "They have added incremental volume.

"The fleet industry typically wants to work with a small number of manufacturers, and in the past we haven't had the product range to be able to do that.

"An example of how far that has come is Leon is on a par to become the third bestselling hatch in true fleet. We are behind A-Class and Volkswagen Golf, and fighting with Ford Focus."

One of McDonald's key objectives is to ensure Seat is an easy brand to work with and some of the initiatives to enable this are bearing fruit.

He says: "We have put a lot of effort in differentiating our fleet offering. We believe we have done something transformational with our four-day test drive that makes trying one of our cars really easy.

"A typical path for a company car driver to get a test drive is quite difficult. Normally you are referred to the dealer network, and the dealer has a product conversation with the customer.

"Rather than going down that route of trying to perfect the way our dealers respond to it, we have made it really easy for a company car driver to book a test drive directly with us and make that experience an overwhelmingly positive one, delivering the car and collecting it again.

"We still think there are steps to make that better. We have plans that are about to come to fruition, as currently those drives are unaccompanied." 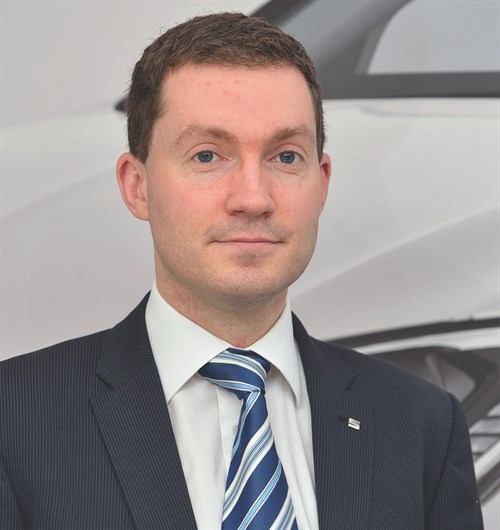 He also points to a simplification of each model line-up last year, spurred on by the impact of WLTP and how some options fitted to a car would require a separate test and a new, probably higher, CO2 emissions figure.

"Our introduction of Easy Move last year is one of the other signifiers that we aim to be easy to deal with," says McDonald. "We changed our entire specifications across the range, essentially to remove options and make WLTP easier to understand.

"We also included metallic paint in the price. It makes it easier to choose a Seat and it allowed us to optimise the products for the customers.
"It has become too complicated to place residual values on options. When you standardise it, it is included. While our cars' prices increased a bit, it was offset by higher residual values. We democratised colour choice by including the cost of the paint in the price of the car."

Seat's success throughout Europe, measured by growing sales and profits, has attracted investment from its parent company, as well as the responsibility of developing a new small electric car platform for the group.

Sitting below the MEB platform cars in each brand line-up, the platform will allow electric cars the size of the Seat Ibiza and Volkswagen Polo to go into production, and deliver economies of scale that should make them affordable and desirable.

However, that will be a few years in the future, and McDonald is also excited about new electric and plug-in hybrid models that will begin appearing next year.

He says the announcement this month that BIK will be reduced to zero for electric vehicles (EVs) will not only make plug-in hybrid cars more attractive, but will also help to boost interest in Seat's new electrified cars, and increase take-up.

Its first electric model will be the Mii Electric city car available in January 2020. It reinvents the Mii as an electric-only model, with petrol versions no longer available. 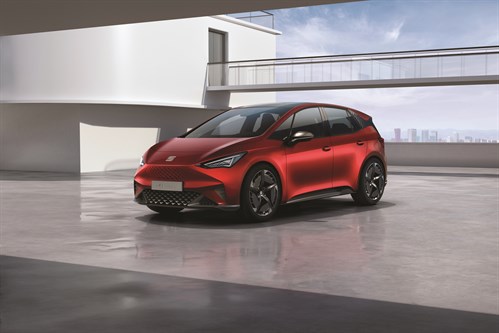 The El-Born electric car will be launched in 2020, and will be the second Volkswagen Group product to be launched on its new MEB platform, following the Volkswagen ID hatchback.
The next-generation Leon, also due in 2020, will be offered with plug-in hybrid versions, while plug-in hybrid power will also reach the Tarraco range next year.

The Cupra high-performance brand will also see a shift to electric power when the production version of the Formentor is launched with a plug-in hybrid powertrain.

"There are also lots of other corporate and social responsibility reasons why fleets would be interested in EVs," says McDonald.

He also believes the moves by the government to make electrified models more tax-efficient will give the whole company car market new life.

Rising CO2 emissions as a result of the transition to WLTP, as well as ever increasing BIK tax rates year-on-year, have encouraged many eligible employees to take a cash allowance as an alternative to a company car, giving them more choice and protecting them from increasing tax payments.

"People will move back to company cars as a result of these changes," says McDonald. "It will probably take some time with some issues over the availability of electric vehicles, but I think it will happen.

"Most fleets will be qualifying and considering our electric cars right for them, and some of their drivers. Electric cars work so well in a fleet environment and over time it will lead to people coming back to the company car."

McDonald believes Seat's growth will continue in 2019, with a more successful year than last year and, most likely, more records broken for the brand - but he also pays tribute to the people he works with in Milton Keynes.

"We have got momentum, which makes us a much more relevant partner for the leasing industry, RV setters and corporate customers because we have now got so much more scale," he says.

"And I am blessed by having a very strong team. I think they are the best in the fleet industry at the moment."