The road to electric price parity 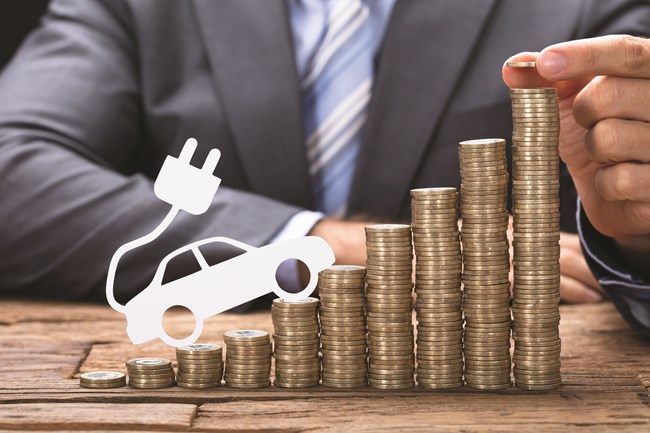 The point at which electric vehicles (EVs) and petrol and diesel cars reach price parity is approaching fast, according to research company Cornwall Insight.

The firm's analyst Tom Lusher made the comments at its inaugural EV and Charging Infrastructure Forum, the first in a series of advice events it is planning to hold.

Lusher said that the company believed fleets were set to lead the way on electrification during the early 2020s, and that a significant recent development was a reduction in battery costs as a result of supply chain investment.

He said: "We're now starting to approach the point where EVs and ICE vehicles are coming close to price parity.

"Studies are suggesting that when [battery price] gets to $150 per kWh price parity will be roughly reached, with a bit of variation depending on the size of the vehicle."

Lusher added that another factor currently reducing fleets' leasing costs was the performance of EVs on the second-hand market.

He said: "Second-hand values now are quite predictable. Lease companies are able to realise what they can return after a lease period, and confident in the price they can get on the second-hand market.

"In some cases these vehicles are actually appreciating in value."

Lusher said that these factors combined meant there was already evidence of leasing costs dropping.

"So the market is moving towards a more suitable offering for fleet operators at least," he summarised.

Turning further towards the future of EVs, Lusher said that one trend that may emerge is of car manufacturers offering energy supply deals along with their vehicles.

He explained: "In this scenario, a customer might purchase an EV from a car company, and also buy a bundle of power, so the EV company is not only supplying a car but power for home charging it as well.

"Everything else to that property would still be supplied by the [existing] energy supplier."

Another speaker at the event was Alex Chittenden, head of EV energy policy at the government's Office for Low Emission Vehicles, who provided updates on its current consultations on EV smart charging and charge points in buildings.

She explained that the government was keen to bring in smart charging regulations quickly to deal with charge points that were already being installed today, while recognising that in future the parameters may have to shift as take-up increases.

She said: "We think it's important to act now, because a significant number of charge points are starting to go into the ground and we want to make sure that they are smart. We also need to protect our grid and our consumers and want to make sure that those charge points are cyber secure, interoperable and have safety requirements in place as well.

"We think in the longer term a solution will be required for that, and the governance and the operation of these charge points, however we don't think we have the evidence right now to decide on a phase two solution.

"That's why we have regulations we are proposing to put in place now, and then a call for evidence on what our long term solution should be."