Research by Business Car and E.ON reveals an appetite to make the switch to electric. Rachel Boagey reports. 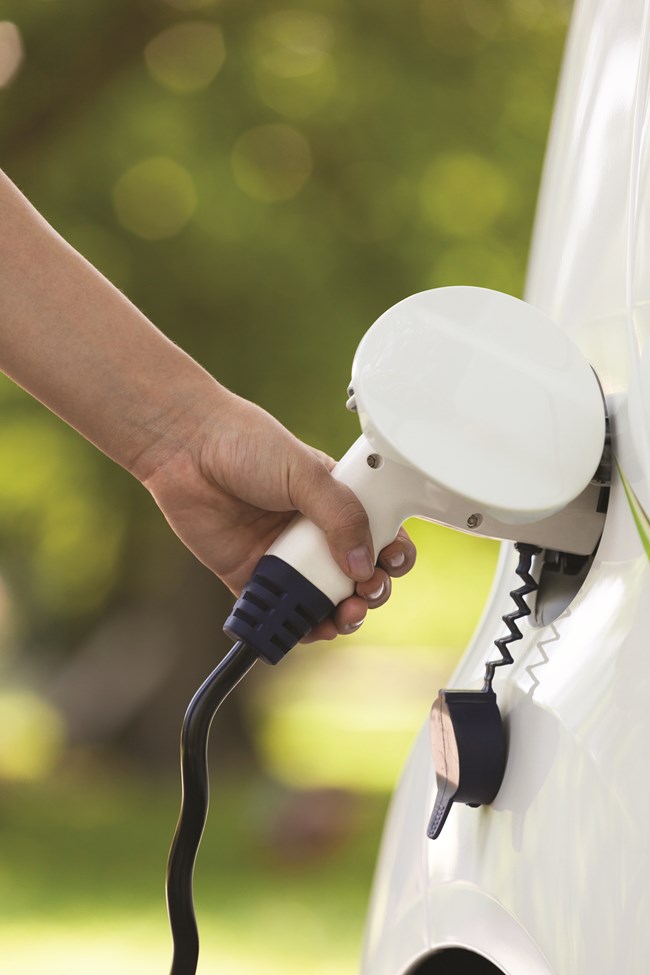 It is widely acknowledged that plug-in cars - be they battery-electric or hybrids - represent a clean and sustainable future for companies and drivers in the UK.

Fleets and company car drivers have been among the most eager adopters of such vehicles to date, and many already benefit from the lower running costs and the environmental cachet of operating them.

The switch from petrol or diesel cars to alternative fuels is rarely straightforward, though, and fleet operators and company car drivers frequently face obstacles on the road to plug-in vehicle adoption, which is why E.ON and Business Car sought to air the views of those tackling such issues.

In the report entitled, 'Now and next: fleets, company car drivers and plug-in vehicles', in collaboration with E.ON, we discover what choices fleets are making when it comes to fuel type, and how this might be in the process of changing.

The report is based on the results of an online survey, in which we asked fleet decision makers and company car drivers to disclose which types of cars their organisations currently operate with respect to fuel type - and discovered some interesting findings.

Somewhat unsurprisingly, diesel remains the dominant choice among fleets at 54.55%. Even though diesel car sales have been in long-term decline - they fell by 29.6% in 2018 alone, according to the Society of Motor Manufacturers and Traders (SMMT) - they remain a common choice for company car drivers, especially those tackling large mileages.

But despite an apparent willingness to make the switch to electric, the respondents from 21 different industries told us not only about the issues they have grappled with but also their requirements with regards to successfully running plug-in vehicles, in order to best illustrate the current situation for corporate uptake of ultra-low emission vehicles.

In brief, the results prove that fleet operators and drivers alike are incredibly willing to adopt plug-in models, both from an environmental perspective and to take advantage of their lower running costs, although a reliance on petrol and diesel still exists.

They also shine a light on the problematic logistical elements, such as charging and range. The number of vehicles and their function has an impact on a fleet's ability to take on EVs and there is an ongoing dependence on conventional fuels, which is unlikely to wane any time soon.

Some interesting findings from the report include that vehicle range (how far the car can travel on a single charge) and charging point availability were by far the largest causes for concern among respondents, both accounting for around a third of answers.

In fact, our survey revealed that electric vehicle charging points are still relatively scarce within business premises. Only around a third of respondents (34.55%) said they had charging facilities at their place of work, rendering the remaining 65.45% a comfortable majority.

"Home and public charging are essential, particularly for company car drivers who are less likely to stick to a set route than, say, a utilitarian fleet of electric vans," said Business Car editor Simon Harris. "Assisting drivers with establishing home charge points and equipping them to use public facilities is clearly the way forward."

Shahid Rana, strategic development manager at E.ON Drive, said: "I am not surprised that diesel is currently the dominant fuel type for fleets, while hybrids and plug-in hybrids have been gaining in popularity due to their tax advantages.

"I think we will realistically start to see a lot more operators adopting battery-electric cars very soon, because the government's decision to remove benefit-in-kind for those vehicles from April 2020 is particularly attractive for company car drivers, while SMMT sales figures showed a 377.5% spike in sales of battery-electric cars in August - the first full calendar month after the announcement."

"That is supported by the answers to question nine of our survey, which show that fleets expect an increase in electric more than any other fuel type within the next three years. We are already seeing many organisations changing their company car policy to open up hybrids and pure EVs to their lists."

In addition to fleet operators, E.ON and Business Car's survey also quizzed company car drivers about their thoughts and aspirations regarding plug-in vehicles. When asked what they expect their next company car to be, the overwhelming majority predicted electric, hybrid or plug-in hybrid.

"Company car drivers are clearly keen to get behind the wheel of plug-in vehicles and that is going to increase the pressure on manufacturers to produce a greater number of such models," explained Rana. "Supply is one of the biggest issues surrounding electric cars at the moment, especially for some of the newest models with the longest ranges, and fleets are facing very long lead times.

"Beyond the obvious first step into a plug-in vehicle, initiating a typical three-year lease in the near future will tee up drivers perfectly for the explosion of new electric cars anticipated to hit the market in the early part of the next decade. That will then leave them poised and ready to stick with electric as it moves further and further towards the mainstream."