Citroën UK MD Karl Howkins gets candid with Guy Bird about riding out a really tough year, and reveals positive plans for 2020 including new plug-in products and fleet tactics. 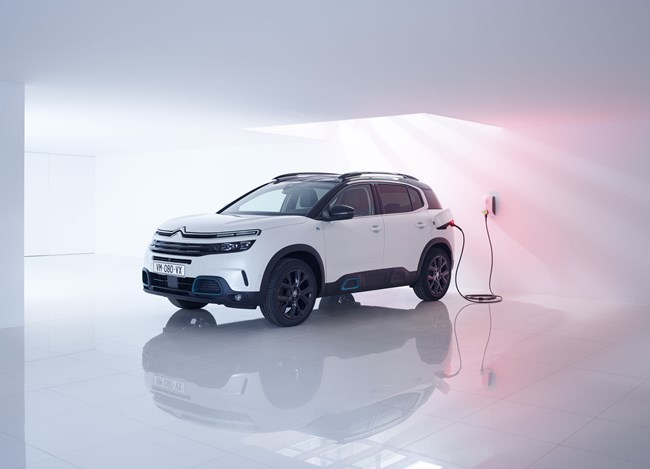 Despite 2019 being "the toughest year I have ever seen", Karl Howkins - Citroën UK MD and an industry veteran of some 30 years' standing - is still upbeat about Citroën's upcoming products and how the characterful French brand can improve its offering to fleets.

In the last 18 months the whole industry has been grappling with WLTP engine re-testing and planning for numerous Brexit scenarios, which still remain pending and, according to Howkins, could add up to £2,000 extra per vehicle. All of which he says creates major uncertainty for customers and will inevitably cause a contraction in the overall UK market in 2020 of between 10% ('best case') and 25% ('worse case'), the latter figure under a hard Brexit, no-deal scenario.

At a brand level, he is resigned to Citroën's combined car and van tally for 2019 dropping below 2018's 87,000 registrations - perhaps down to 83,000 - but keeping a similar amount of car sales, and with LCVs only reducing by about 4,000. Howkins believes Citroën's fleet sales, which currently represent 52% of the total, can continue to grow too, citing a 4% rise in business sales on cars and vans this year so far, and new product and better customer targeting ahead.

"We are strong in the north-east, but weaker in the south-west," he concedes. "We need to talk to more customers to get on choice lists, and do better in the public sector with user choosers and the corporate fleets."

On the plus side, Howkins is pleased with the marque's performance in the Motability scheme with the C5 Aircross, and says rental is only 7% of the mix.

"I like rental but we have backed off after a strong start," he adds.

The approach to SME fleets has been refocused too, with the aim of providing a better service through fewer but more specialist dealers.

"We have rejigged our business centre programme with new criteria that participating dealers need 250-minimum SME sales per year, excluding Motability," Howkins continues. "In 2018 we had 67 business centres and in 2019 it's 44 - but now we have the right ones."

The sales approach is one thing, but new products are clearly key too. Howkins says certain models will be dropped to avoid forthcoming EU fines under tight fleet emissions averages due from 2020, but reckons that overall Citroën is better-placed than many carmakers regarding low-emission technology.

"We are already in the top five for low CO2 and won't be paying any fines," he says defiantly. "So the C5 Aircross 180 petrol version will be cancelled next year, while the 130 petrol and the two diesels will remain. We are heavily concentrated in the C-segment, which is doing well, and the C3 is still our golden child and bestseller in the UK and worldwide."

Fans of the C5 Aircross 180hp petrol can migrate to the plug-in version from mid-2020, which will offer 30 miles in electric-only mode (WLTP) and official CO2 emissions of 39g/km. It is Citroën's first mainstream electrified product, and will be followed by an electric version of the large Relay van, and a new C-segment crossover in late 2020 to replace the B and C-segment-straddling Cactus - with regular combustion engines and a fully-electric powertrain from launch. Howkins says it will combine the charm of the first Cactus with more practicality.

"The new version is still very Citroën, but bigger and more muscular," he says.

"We won't be giving up on the city car either," adds Howkins.

What shape that new small production model could take, and when, is unconfirmed for now, but rumours suggest the radical Ami One concept EV - first shown at the 2019 Geneva Motor Show - could provide strong clues.

"The nicest bit about Citroën is we are a bit different," he says with a smile. "We are 'Marmite', but luckily more people like us than don't."

Standout design, innovative and comfortable suspension, exterior air bump safety protection and all-round good value are certainly Citroën traits. Ultimately, Howkins doesn't advocate any one silver bullet to success as he navigates the brand through the choppy waters ahead, but believes Citroën's focus within the middle of the industry's vehicle segments will continue to stand it in good stead. And despite what happens with Brexit, he is also confident the French marque will reap the benefits of staying the course with all its British customers.

"The UK is still a really important market for us," Howkins concludes. "It is the fifth-biggest in the world."