The price of fuel has a major impact on fleet expenditure - and political factors are making it harder to plan for. Sean Keywood reports. 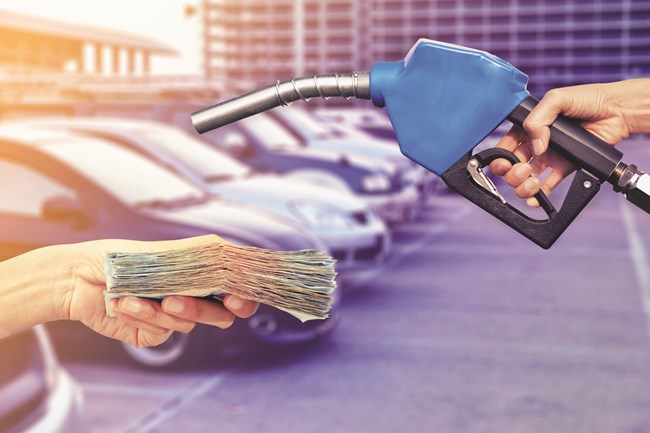 Fleet managers need to take action to avoid being caught out by unpredictable changes in the price of fuel.

That is the advice of Paul Holland, COO of fuel card provider Allstar Business Solutions, who said that with fuel one of the biggest expenses faced by UK businesses, a volatile market needed fleets' attention.

Holland has predicted a potentially turbulent fuel market this year, which he attributes to the increasing importance of global political developments in shifting prices.

He said: "Historically, supply and demand factors have had the biggest influence on fuel price. Throughout 2018, however, this became increasingly decided by a range of geopolitical changes which made petrol and diesel costs particularly volatile.

"If the current economic and political trends continue, it is likely that we will be operating in a less globalised world in the near future.

"As such, fleet managers will need to adapt their approach when it comes to managing costs and navigating regulation."

Holland said a four-year high in petrol and diesel costs in 2018 was caused by factors including US sanctions on Iran, a drop in production from Venezuela, and a decision not to increase production from Russia and Opec.

He added: "Brexit has also had a significant impact. Following the June 2016 referendum, the foreign exchange rate (FX) plummeted and remains markedly reduced.

"Reflecting this, the price of fuel has increased by 9.14p per litre, with 5.19p of that amount directly related to FX.

"In the last quarter of the year, we saw the value of oil drop by 30%, due, predominantly, to the evolving US-China trade war. Moving into 2019, however, we have started to see an increase in fuel prices, as Opec and Russia attempt to cut supply."

Advising fleets how to cope with the uncertainty, Holland said that managers should keep an eye on market factors, paying attention to oil prices and exchange rates.

However, he added that their main focus should be internal.

He said: "Global politics and the economy are non-negotiable. Instead, focus on the factors within your control and look to maximise the impact they can have on the company budget.

"Review how the company purchases fuel and assess if there are any tools that your company is not currently utilising, such as a fuel card that offers access to discounted fuel at the forecourt."

Holland also said that firms should avoid any speculation about price changes when planning for the future.

"While the price of fuel has risen in recent years, it is important to note that oil prices do go down as well as up," he said.

"Where possible, avoid speculating about fuel pricing, particularly when it comes to setting out the annual budget.

"Instead, plan for what you know, and include a contingency for any unexpected downturns."

According to the most recent fuel price update from the RAC, the price of both petrol and diesel rose in the UK in February after three months of falls.

The motoring organisation joined Holland in putting the blame on oil production cuts by Russia and Opec, which caused a 5% jump in the price of oil, although it added that the impact of this was softened by a 2% strengthening of the pound against the dollar, with oil traded in the latter currency.