Camera and radar-based safety systems are increasingly common on new vehicles, but how do you know if they are working properly, especially after an accident? Jack Carfrae finds out.

Seeing is believing, so the saying goes, but more than a few of the advanced bits of technology fitted to modern vehicles are next to invisible. While you can see a set of alloy wheels or hear a DAB radio, you will more than likely never notice autonomous emergency braking until it actually kicks in.

Such technologies are known as advanced driver-assistance systems (ADAS) and are incredibly common on new cars. The term encapsulates a lot of trick, modern features, including adaptive cruise control, lane departure warnings and blind spot monitors, among others - essentially anything that usurps control of certain vehicular functions. They are typically controlled by the likes of camera, radar and lidar systems, themselves built into windscreens, badges and bumpers, and ADAS is widely regarded as a stepping stone towards fully autonomous vehicles.

Clever though it is, the proliferation of such gear has its downside, which goes hand in glove with the technology's relatively anonymous nature. We often discuss fleets' duty of care and the need for proper maintenance in this publication, but it is difficult to address those things if you, or more likely a technician, can barely see the component in question, let alone figure out whether or not it is functioning correctly. 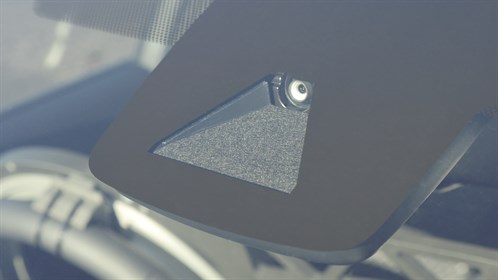 "Potentially, you wouldn't know," says Helen Keenan, head of ADAS at Auto Windscreens, when asked how someone could tell if a system were faulty. "When you disconnect the camera and remove a windscreen that has ADAS, you compromise those safety features, and there is a massive knowledge gap in what the consumer understands about the systems' functionality and how you compromise them when you carry out these services or repairs."

One of the biggest issues, reiterated by every specialist to whom Business Car spoke, is that not every vehicle issues a visual or audible warning when an ADAS system isn't working properly. It is entirely down to the manufacturer and, quite simply, some vehicles will tell you, and some won't.

"A warning light may not come on," adds Keenan, who adds that it is an even greater issue for fleets operating communal or pool vehicles, "or a warning light may come on in two or three weeks. Therefore, who was the last person to touch the vehicle? Has anything happened to it within that period of time?" 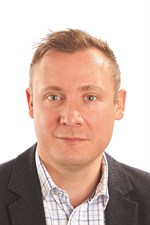 One of the cocktail of issues with repairing ADAS is the lack of information provided by manufacturers around the technology. Unless you happen to be a franchised dealer or an authorised repairer, it is often difficult to get hold of the data required to diagnose and perform a repair, which has echoes of pre-block exemption, before OEMs were legally required to permit independent repairs and honour the vehicle's warranty.

The organisation is working on a generic set of guidelines for body shops about ADAS repair best practice, due for publication in "a couple of months", according to Billyeald. It will not be manufacturer-specific, but it will be a good starting point for repairers.

The National Body Repair Association (NBRA) has called for an urgent code of practice, both to help technicians identify if a vehicle is fitted with ADAS and, again, to coax some transparency out of the manufacturers.

"You can't just fill a damaged bumper, because it won't work," says Pete Eden, the NBRA's national process and technical manager. "The bumper cover acts as a lens for refracting the signal if there is a lidar or radar scanner behind it. Colours like gold, for instance, with a high metallic presence in the paint, are also detrimental, because even if a car has just had another coat of paint, it [the scanner] won't work because there is too much paint on the bumper."

It is also easy for the systems to fall out of alignment, as Dr Chris Davies, head of technical superiority at Belron, Autoglass's parent company, explains.

"The unfortunate thing is that the cameras have got a big field of view, and only part of that field of view is actually used for the performance of the ADAS," he says. "So if the camera's shifted slightly, then the software doesn't know that the camera is seeing something completely different to what it used to, so the challenge for the vehicle manufacturer is 'how does the software know?'"

Many systems are able to run health checks to determine whether or not they are functioning correctly, which prompts those that issue warnings to do so. Even so, Davies claims there is "a major problem" with awareness and understanding of ADAS among not just repairers but more or less anyone who comes into contact with the technology, and some serious education is necessary.

Ram Mirwani, director of global business development for ADAS at Konrad Technologies, agrees that there is "a tremendous problem. It will end up being a much bigger problem moving forward, as more and more cars are released with ADAS capability. If they are not being repaired adequately, I would say that there are going to be a growing number of vehicles with unknown capabilities of the ADAS features over time. Drivers are going to be expecting the car to behave in a certain way, but the car is not going to work in that way."

According to Keenan, the insurance industry is actually distancing itself from ADAS, because it is simply too complicated a matter, which hardly bodes well for future autonomy.

"The insurers don't underwrite it and the liability issue, again, is grey," she says.

"I have had this conversation with a very large insurer - one of the top two in the UK. I sat in a meeting and said, 'when you have a vehicle that has lane departure warning or lane centring, it's had a side swipe and been through a fault claim, do you check whether a windscreen has been replaced or if that vehicle has had a previous repair?' and they said no. I said 'why not?' they said, 'because it would open a can of worms and it would be an absolute administrative nightmare'. And they are absolutely right." 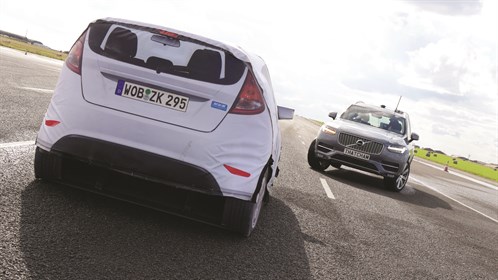 Business Car contacted the UK's five largest insurance companies and asked whether or not a policy holder's claim would be honoured if a vehicle were involved in an accident and it were subsequently discovered that an ADAS had not been functioning correctly prior to the incident.

Aviva (which is both the UK's first and second-largest insurer via its 'International' and 'Insurance' brands) said it would honour the claim, but cited the importance of correct repairs by approved specialists. Direct Line said the same, providing the issue was "unbeknown to the customer". AIG refused to answer our question and RSA did not respond. The Association of British Insurers suggested individual companies could treat such cases differently.

The elusive nature of ADAS means it is just as unlikely that the remarketing industry would be able to spot a defective system, so vehicles could well be bought and sold with malfunctioning equipment.

"I think the maturity in that part of the industry is not there at the moment," says Davies. "The value of the vehicle will be dependent on the systems fitted, but I don't think there is necessarily an easy way for somebody who is going to sell it to know whether the technology is actually working."

When asked about best practice for conducting repairs, the standard-issue answer is that franchised dealerships are the best port of call, because they have the equipment and instructions relevant to the vehicle in question. That is not to say independent garages should be written off, but even Eden admits that many such establishments end up sending vehicles to the main dealer for ADAS repairs, because the issues are so specific and the equipment required is so costly.

"A lot of people that I talk to about this who have been repairing cars for years say, 'I just send it to the dealer'. It is so complicated, because each car is different and there is an awful lot of expense for a body shop to be able to do these repairs."

Such an approach is fine for fleets that use traditional contract hire with maintenance included, but given the well-documented rise in cash allowances over traditional company cars, personal leasing and grey fleet are on the increase, which cranks up the issue.

"We don't currently have any legislation in the UK and there is no real legislation globally. We need a very clear, defined piece of legislation that says 'this is black, this is white'. When you have maintenance on that vehicle, this is the process that needs to be followed."