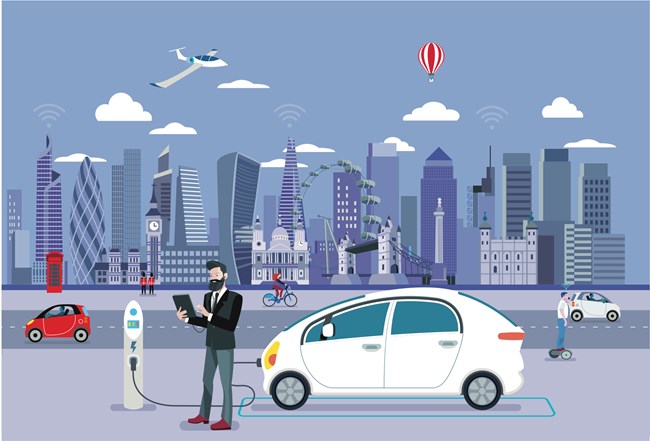 Introducing punitive measures against polluting vehicles will not be enough on its own to persuade fleets to adopt alternatively fuelled vehicles (AFVs).

That's according to a new, free to download white paper from the AA, entitled 'Electric vehicles and future fuels'.

In the paper, it says there is a way to go before universal adoption of alternative fuels can be achieved, and argues that if penalties for pollution are introduced without suitable alternatives being available, then many fleets will simply accept the fine and carry on as they were.

The paper states: "For adoption to increase, perceptions around AFVs need to change

- but for that to happen, the reality has to alter too.

"Batteries, range, payload and charging infrastructure are just a few of the areas which will need to develop significantly, for EVs to become used in as a widespread a way as possible.

"Similarly, across all AFVs, a far wider choice of suitable vehicles has to be available."

The paper states that uncertainty about whether the date for a ban on new petrol and diesel vehicle sales from 2040 will be brought forward, or expanded to include hybrids, has led to fleets adopting a 'wait and see' approach, which it says is having the opposite effect from that intended, as older and more polluting vehicles are remaining on the road.

The paper does acknowledge measures introduced to encourage EV take-up, such as the 0% BIK company car tax rate, VED exemption, a £350 homeowner charge point installation grant, and the requirement from this year for all new publicly-available charge points to be contactless.

On the subject of integrating AFVs into a fleet, the paper says time should be taken to analyse how vehicles are used and driven, and that drivers need to be educated in best practice and getting the most out of their vehicles.

It states: "In the area of breakdown, our own research shows that the top five EV faults relate, in order, to tyres, 12v battery failure, EV battery being out of charge, EV battery fault and EV charging equipment.

"However, for the last three, the faults are frequently attributable to operation rather than failure - so investing time to educate drivers in how the different technology should be used is absolutely vital."

The paper says incentives that could increase the take-up of AFVs include the scrapping of VAT on their sale, the introduction of scrappage schemes, and incentives to invest in workplace charging.

It also says it would be helpful for companies to be able to lease infrastructure, rather than having to make a large upfront investment for it, and also to have more help making decisions.

The paper states: "As well as choice and incentive, organisations also need greater knowledge of how they can develop their fleet.

"Undertaking research on areas such as whole life costs and total cost of ownership, while examining how vehicles are used and driven, will enable fleet managers to see what types of AFVs could readily be introduced into their fleets. The availability of independent guidance on this area will help even further."