The 2020 Budget shows that the government is keen to impress with big spending - and that's mostly good news for fleets and motorists in general. Illya Verpraet reports. 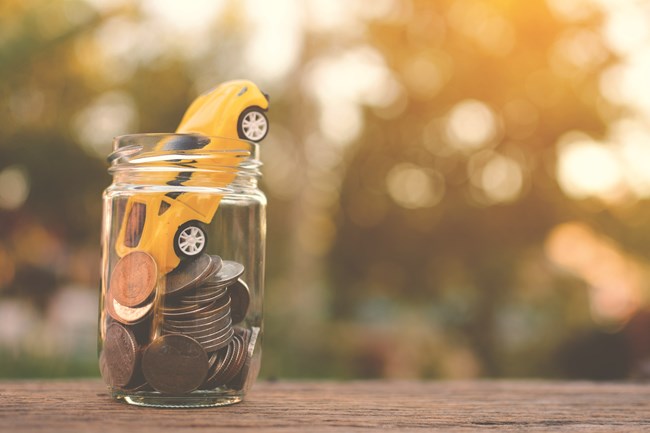 In the new government's first Budget, chancellor Rishi Sunak announced a raft of spending measures. For fleets, that is largely good news, as it confirmed the previously announced BIK tax rates and revealed that the plug-in car grant continues in modified form. Fuel duty remains frozen for another year, and the government will invest in road and charging infrastructure. 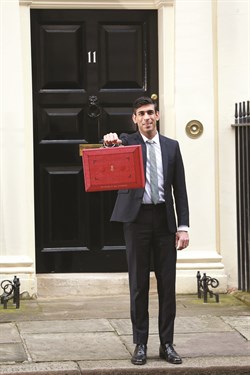 The biggest news in terms of fleets' long-term planning is that the company car tax rates that were set out in July 2019 have been confirmed. That means that the CO2 categories remain largely the same, but most get a few percentage points cheaper. Hybrids with long electric ranges also get significantly cheaper, while zero-emissions cars go to 0%.

The flip side is that CO2 emissions will be measured according to the WLTP cycle, which tends to be less favourable and will most likely cancel out the cheaper BIK bands. The new rates will take effect from 6 April and will all increase by 1% for 2021-22, and by 1% again for 2022-23. They will be frozen for 2024-25 (read our separate article for full details on the company car tax changes).

Caroline Sandall, co-chair of the Association of Fleet Professionals (AFP), commented: "Company car demand has been hit in recent years by year-on-year increases in BIK tax and long-term rate uncertainty. However, the fact that rates are now known for the next five financial years - a full vehicle replacement cycle - gives planning confidence to both fleet decision-makers and company car drivers."

Further good news for all fleets comes in the form of a fuel duty freeze for another year. This move was welcomed by many organisations, including the RAC, whose head of policy Nicholas Lyes said: "While the Chancellor might have been tempted to increase duty, the reality is that for millions this would have simply increased their everyday driving costs and done nothing to encourage them to switch to cleaner vehicles."

Despite the fuel duty freeze, the Budget was very much geared towards encouraging the uptake of more environmentally friendly vehicles, especially electric ones. While it was widely speculated that the plug-in car grant would be axed, the government actually extended it to 2023, setting aside £403 million to support it.

Shortly after the main text was published, however, the Office for Low Emission Vehicles (OLEV) announced that the maximum grant will be reduced from £3,500 to just £3,000, and that cars costing £50,000 or more will be excluded.

The exclusion of expensive cars from the plug-in grant makes it quite remarkable that zero-emissions vehicles will be exempted from the vehicle excise duty (VED) 'expensive car' supplement, which adds £320 a year for cars costing more than £40,000, until 2025. Normal VED rates will go up in line with the retail price index.

Sandall said: "The AFP is hugely disappointed that a supplementary note was issued with a key change - the cut to £3,000 - that has a huge impact on many currently popular electric cars. While the AFP welcomes the overall Budget statement, any erosion of the benefits of electric vehicles (EVs) will impact uptake and this £500 cut goes against the raft of 'green' motoring-related initiatives contained in various announcements by the Chancellor." 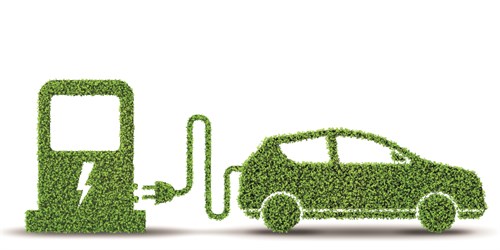 The government also announced £500 million of investment over the next five years to support the roll-out of a fast charging network, with the aim that drivers will never be further than 30 miles from a rapid charging station.  This will include a rapid charging fund to help businesses with the cost of connecting fast charge points to the electricity grid. Somewhat curiously, the government is also reducing the grant for home and workplace chargers from £500 to £350.

Helen Cope, fleet consultant at Lex Autolease, said: "Today's decision to increase the funding available for rapid charging hubs is a welcome step in the right direction. However, incentivising workplace and domestic charging points needs to remain firmly on the agenda."

The final major incentive to stimulate the take-up of low-emission vehicles as company cars is the extension of first-year allowances to zero-emission vehicles only and the application of the main rate writing down allowance (WDA) of 18% to cars with CO2 emissions up to 50g/km. The special rate WDA of 6% will apply to higher polluting cars with emissions above 50g/km. 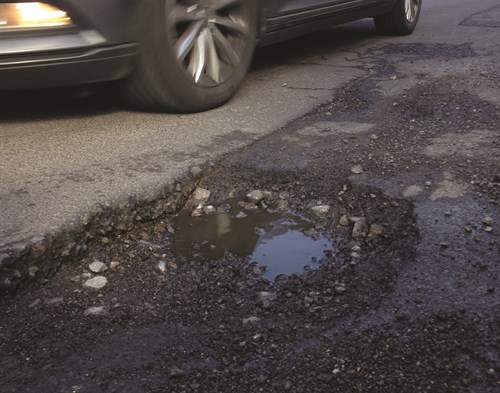 Finally, the Treasury announced a number of road improvement schemes, such as building the lower Thames crossing, dualling the A66 Trans-Pennine link, and building a new dual carriageway and a two-mile tunnel in the South West to speed up journeys on the A303 and ease congestion around Stonehenge. Together with railroad improvements, these projects should hopefully ease congestion. A new Potholes Fund should provide £500 million a year for road repairs.

Richard Hipkiss, MD of Fleet Operations, commented: "The investment in pothole repair may help reduce unscheduled maintenance costs, helping to drive down vehicle off-road time, as well as improve the safety of drivers in the field."

In short, although it has a couple of inconsistencies, the 2020 Budget is very good news for fleets and motorists in general. It is also consistent with the government's pledge to halt the sale of non-zero-emissions vehicles before 2035, even though a lot of work is still to be done to make that feasible.

SMMT CEO Mike Hawes said: "Given the immediate challenges [caused by the coronavirus], we are pleased to see the Chancellor find room in his Budget to help make
zero-emission motoring a more viable option for more drivers - essential if we are to begin to meet extremely challenging environmental ambitions."

BVRLA CEO Gerry Keaney commented: "Today's Budget provides a welcome boost for fleets and is a positive indication that government has listened to us when considering fiscal incentives to help increase the uptake of EVs."

Sandall concludes: "Budget 2020 will, the AFP believes, go down in history as one of the best for the fleet industry in recent years."