Clouds on the horizon over ICE emissions

New emissions restrictions that demand extra exhaust after-treatment could be in the frame in the next three years. Simon Harris reports. 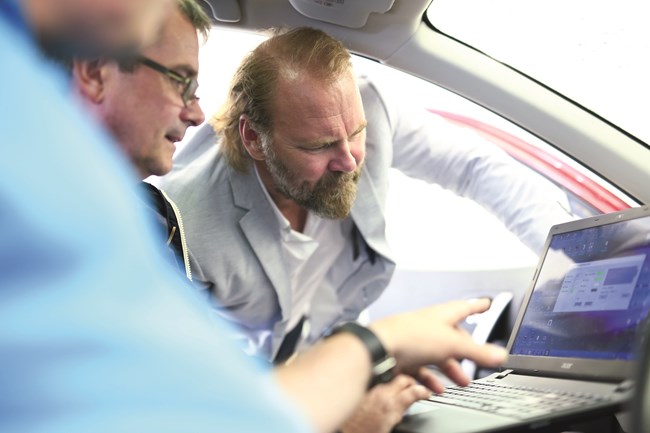 Euro 6d and the Real Driving Emissions (RDE) test have tackled NOx emissions, which were often much higher on the road than in the lab tests for official emissions figures.

RDE began in 2018 to reduce NOx levels on the road, allowing a modest rise in emissions over the lab test - a restriction that will be tightened over a few years.

The latest RDE2 level, mandatory from 2021, is more stringent, measuring and limiting emissions when the engine is cold.

With increasing numbers of new cars within these limits, NOx emissions will become a decreasing problem.

But now experts are warning that regulators could be looking at other emissions affecting local air quality, including ammonia, which can inadvertently 'slip' into the exhaust from the after-treatment system.

The solution would be to include an ammonia trap as part of the exhaust after-treatment, which could add to the cost of an internal combustion engine car, and narrow the gap between the purchase price of ICE cars and electric vehicles.

Petrol and diesel engines can be affected by ammonia slip, so a fleet switching to petrol from diesel would not necessarily be eliminating the issue.

Emissions Analytics, which provides the real-world testing for our clean diesels data in Business Car, has been monitoring ammonia in its emissions measurement. CEO Nick Molden said: "Ammonia can arise from three main places: slippage from diesel SCR(selective catalytic reduction), from a lean NOx trap, and from a three-way catalyst on gasoline. So, it is not just a diesel problem. In fact, on the small number of vehicles we have so far tested, gasoline is perhaps a bigger problem.

"Ammonia is not currently regulated, and we are not sure of the limits yet, but they might be 10mg/km. Vehicles we have tested are above this level, often by a large margin."

Molden said ammonia emissions are undesirable because they lead to secondary particle formation in the air and can upset the ecosystem of vegetation around roads, so it's increasingly possible that they could be targeted in future vehicle regulations.

"Euro 7 is not likely until 2028, but there may be Euro 6e including ammonia from 2023. Fortunately, an ammonia slip catalyst, if installed, can clean up most of the problem."

Business Car contacted OEM supplier and automotive technology giant Bosch to ask whether it was working in partnership with vehicle manufacturers to produce ammonia traps, but it said it did not want to comment on the matter at this time.

This points to the technology being under development, but at a commercially sensitive stage, and it's likely that a number of vehicle manufacturers would be interested in using the product, or would be developing their own.

A Volkswagen spokesman said the company is already using ammonia traps on the latest evolution of its 2.0-litre diesel engine.

He said: "Last year we launched the first TDI models with 'Twindosing' technology. Extremely low NOx values are achieved using two SCR systems with AdBlue injection. In addition to the Passat and Golf, the Tiguan and Arteon will also get Twindosing later this year.

"In the exhaust gas treatment system with Twindosing, the close-coupled SCR catalytic converter is subject to higher thermal stress than the underbody system due to its position, and it therefore desorbs NH3 [ammonia] depending on the driving situation. This is primarily stored in the second SCR catalytic converter and used to reduce nitrogen oxides.

"The aim of the dosing strategy is to map the NH3 in the system throughout the entire operating range and to actively control the NH3 fill level of both SCR catalytic converters as required. An ammonia trap is used in the EA288evo engine in case NH3 should nevertheless leave the twin-dosing system. In addition to its NH3 storage function, its precious metal load (platinum and rhodium) above all guarantees the reaction of excess NH3 with oxygen to form water and nitrogen."