The new car market seems to be on a downward trajectory, but fleets and EVs offer a spark of hope in 2020. 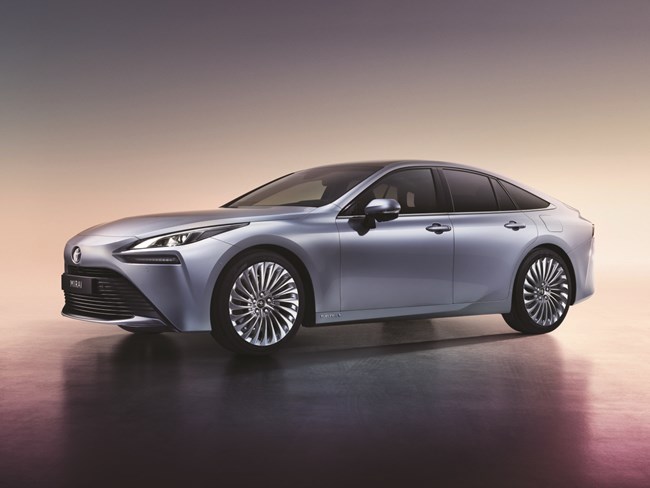 Warning signals around the strength of new car sales have been around for the last couple of years, as consumer confidence has been faltering, and while registrations in 2019 were still among the highest at just over 2.3 million units, a long-term decline seems to have set in.

Fleet sales, as measured by SMMT - which include Motability, daily rental and manufacturer employee company cars, as well as sales to contract hire and
end-user fleets - remained stable in a market down 2.4% overall. However, the strength of those channels, posting almost 10,000 more registrations than in 2018, was more than offset by a 32,000-unit fall in sales to smaller businesses.

Hopes for optimism are gathering around alternative fuel vehicles (AFVs), as battery electric vehicles (BEVs) posted higher sales than plug-in hybrids for the first time, while the more familiar full hybrids (HEVs) - as used by Toyota and Lexus, among others - also experienced growth.

Fleet operators are expected to play a significant role in the take-up of plug-in cars from April 2020, as a more favourable taxation regime comes into force.

Full electric vehicles will be more attractive as company cars because of the 0% BIK tax for 2020-21, rising incrementally by just one percentage point over the next two years.

Plug-in hybrids with longer ranges on a full charge will also be treated more favourably than before, opening up choice for company car drivers.

Employers procuring plug-in cars will also benefit under the new regime, with Class 1A national insurance contributions on providing staff with company cars based on the vehicle's BIK tax band.

And ultra-low emission vehicles, including pure EVs, remain eligible for a 100% writing down allowance for businesses purchasing them outright.

A total of 23 new BEV models are expected to launch in 2020, alongside 10 PHEVs and a new hydrogen fuel cell vehicle in the shape of Toyota's second-generation Mirai. But industry leaders are warning that despite the boost in take-up for BEVs, last year's market share of 1.6% is still tiny. Diesel registrations fell by more than 150,000 units, although some of these will have migrated to mild-hybrid diesels, counted separately by SMMT.

However, petrol sales are continuing to increase, causing headaches for manufacturers, whose average CO2 emissions from vehicles registered will be recorded by the EU - if they exceed a 95g/km threshold, they will face fines.

According to SMMT, December marked the 33rd month of diesel decline, with the organisation blaming continued "anti-diesel rhetoric" and confusion over clean air zones.

SMMT claims this has resulted in drivers keeping their older, more polluting vehicles on the road for longer, suggesting this is holding back progress towards environmental goals.

A general election result in December that gave a clear victory to the Conservative Party, and its agenda to take the UK out of the EU, might not have given businesses the confidence to plan that the government might have hoped.

Mike Hawes (pictured left), SMMT chief executive, said: "A third year of decline for the UK new car market is a significant concern for industry and the wider economy. Political and economic uncertainty, and confusing messages on clean air zones, have taken their toll on buyer confidence, with demand for new cars at a six-year low.

"We urgently need more supportive policies: investment in infrastructure; broader measures to encourage uptake of the latest low- and zero-emission cars; and long-term purchase incentives to put the UK at the forefront of this technological shift."

Phil Jerome (pictured right), managing director of Meridian Vehicle Solutions, said that medium-term rental gave a useful insight into the mindset of businesses at this time and that, while confidence had improved, there were still reservations.

"Over the last few years, with all the uncertainty that surrounded the Brexit process, we have seen many businesses use medium-term rental because, at least in part, they wanted to put off making a decision on long-term lease until things felt more stable.

"While it is still early days, I think it is possible to detect a slight change of mood. Whether people liked the election result or not, it has removed a degree of that uncertainty.

"However, there remains quite a lot to be concerned about. At a macro level, economic growth is likely to remain sluggish and the Brexit trade deal negotiations are only just beginning.

"Within our sector, there is change in the shape of the development of the EV market and the continuing displacement of diesel, alongside uncertainty resulting from not knowing what will happen with company car taxation, with even the forthcoming rates not yet passed into law.

"For that reason, we do not expect to see any kind of unleashing of market demand and a flood of new, longer-term leases signed. People are feeling happier, but far from secure."