Drivers will hope for leniency as new car registrations delays could see a BIK tax hike. 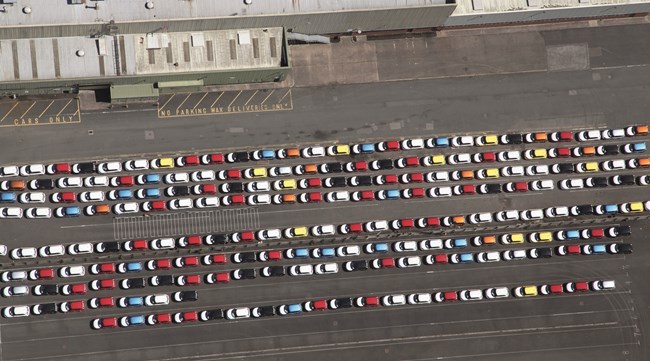 The novel coronavirus lockdown, which has cut out all business journeys other than those for 'essential workers' and those unable to work from home, has created potential headaches over BIK tax.

New car registrations plummeted towards the end of March as a result of the coronavirus lockdown announced on 23 March, resulting in delays in vehicle deliveries.

The date for the start of WLTP measurements for CO2 emissions was 1 April, and under WLTP the CO2 emissions are typically significantly higher than for previous versions of the same car.

It means if a company car driver had an internal combustion engine car on order, and cannot go through the registration process and obtain a V5 document until rules around the lockdown are relaxed, they risk facing a higher BIK tax bill because of WLTP.

There will be other drivers currently in internal combustion engine cars, who perhaps might have chosen a new plug-in hybrid or electric car in order to take advantage of new, more favourable BIK tax rules for plug-in cars, who will have to continue paying tax for their current vehicle for longer.

Business Car warned in February, when the first signs of disruption from Covid-19 in China emerged, that there was potential for knock-on effects elsewhere and delays in delivering
new vehicles.

Caroline Sandall, co-chair of the Association of Fleet Professionals (AFP), - formed after the merger of Acfo and ICFM - hoped the government and its agencies would take a lenient view of the situation, as the delays were outside the control of the drivers, fleet operators and manufacturers.

She said: "We have heard of many cancellations or delayed deliveries for new car orders and clearly this creates exposure, to varying degrees, as the driver is pushed into the next tax year. This is something we have asked HMRC to look at.

"Firstly, it is totally outside the driver's control and, secondly, with factory shutdowns and impact on the supply chain, it is not even necessarily the supplier choosing not to deliver or forcing a cancellation. There should be a sensible amount of leeway applied.

"The greatest exposure in these instances will be for ICE vehicles where drivers will move from NEDC to WLTP figures. There could be quite significant increases in BIK taxation due to be paid, something that some people really cannot afford in the current circumstances.

"At the other end of the life cycle, we are hearing of vehicles that would have been collected but remain with the user due to lockdown. The fact is that vehicle collections are unlikely to be deemed essential under current restrictions and many drivers may find themselves keeping those cars and vans for the foreseeable future."

There have also been calls to exempt drivers from BIK tax during the lockdown period if they can't use their vehicles, and HMRC has indicated this could only happen if the vehicle keys were handed back to employers.

The AFP has also warned about this issue, and Sandall said there remains both pertinent questions for HMRC around the issue and a range of potential practical problems to resolve. She said: "During lockdown, there are many people facing potential hardship, and being able to avoid BIK could make a genuine difference to some.

While it has been established in principle with HMRC that key hand-back is a definite option, there are some points on which we remain unclear.

"The main immediate problem that needs to be avoided is employees simply pushing their keys back through the letterboxes of unattended offices, something of which we have heard several reports. For your employer and HMRC, this doesn't create an audit trail showing when the key was returned or to who, which is something that may need to be ultimately established to the satisfaction of either or both.

"It also creates a possible fleet management problem for the future. If you run a single or limited badge fleet, you could find yourself with a pile of identical keys and no means of working out how to link them to a particular vehicle. Plus, there is quite a high probability that keys will be lost, and replacing them is always expensive."

Sandall added that there also needed to be questions considered about where company cars were being left while they are unused.

"There is a health and safety issue here," she said. "Clearly, no employee should be leaving their car or van on the road if they don't have the keys because they may need to move it in an emergency. Even if it is parked on their drive, they may still require urgent access.

"If the vehicle is being parked or stored elsewhere, then security becomes a concern, as does its ongoing condition. There is certainly an argument for the car or van to be properly inspected before it is accepted as being handed back, and that regular checks afterwards are needed.

"Finally, if the crisis situation persists for some months, as seems not unlikely, then you should consider the usual issues surrounding long-term vehicle storage, from flat batteries to seized brakes. All of these matters should be examined by fleet managers."

The AFP had been discussing the issue of BIK taxation during the lockdown in recent days with several interested parties, Sandall said, talking about the best approaches in terms of HMRC and the management of the issue.

"While we definitely believe that employers should be facilitating key hand-back for those who want to take that option, it is a subject that requires careful management and, potentially, further guidance from HMRC, including questions around related areas such as BIK on fuel," she explained.

"Certainly, it would be useful to be having a dialogue with HMRC to make certain matters clear, so that compliant procedures can be established by fleets. We are happy to act as the lead body on this subject in conversations with the authorities. However, we are also sensitive to the fact that the authorities have more important matters to which they
are attending."

September 2017
All new type approvals for cars must have fuel consumption published according to the tougher WLTP test, resulting in higher consumption in official figures. CO2 emissions for these cars are based on the old NEDC figure, and an algorithm is used to arrive at a new figure.

September 2018
All newly registered cars must have WLTP fuel consumption readings published as above, as well as the NEDC-correlated CO2 emissions figures. In most cases, the new figure will be higher than for previous versions of the same car.

April 2020
All newly registered cars must publish CO2 emissions figures measured during the WLTP test, which will be used for any relevant tax calculations. The figures are typically higher than for previous versions of the same car.