Dacia has announced an in-house LPG conversion for its vehicles. But what does it mean for the alternative fuel marketplace? Simon Harris reports. 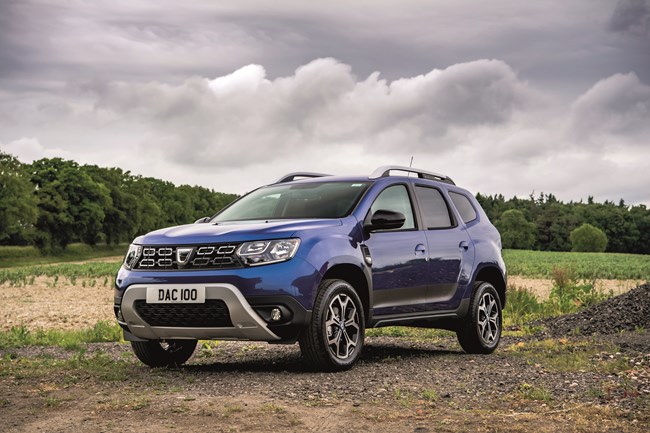 Value car brand Dacia has announced plans for LPG-converted versions of its range as a way of offering customers a cheaper fuel option, as well as lower CO2 emissions.

The retail-focused brand, which has a small foothold in the corporate sector with minicab and public sector business, will offer bi-fuel variants, which can run on LPG or petrol, from next month.

The appeal for fleet operators is that LPG is typically around 60% of the price of unleaded petrol, and although fuel consumption is slightly higher when running on LPG, there is still scope for significant savings compared with petrol or diesel.

Twenty years ago, there was a strong niche in the new car market for LPG-converted vehicles. The government offered a grant of up to 60% off the cost of converting a car to run on LPG (sometimes more than £2,000), which could be applied to a new vehicle purchase when the manufacturer offered an in-house converted option.

Vauxhall and Volvo were significant players in the bi-fuel market, with Nissan, Ford, Proton, MG Rover and Subaru offering converted vehicles, until the government subsidy was suddenly ended.

In the meantime, a number of minicab fleet operators have also sought aftermarket conversions to LPG of petrol models, despite the lack of government subsidy.

But now, while there are no signs of government appetite to support the sales of LPG-converted vehicles, Dacia is offering a bi-fuel option across its range, with a price premium of £400 compared with the petrol variant.

This gives the models a lower purchase price than the diesel alternatives in the Duster and Logan MCV ranges, and the opportunity to reduce costs over petrol-only and diesel versions.

While Dacia is a niche player in the fleet sector, choosing a bi-fuel model offers an advantage to company car drivers compared with petrol and diesel because of lower CO2 emissions.

For example, CO2 emissions on the Duster Bi-fuel are similar to the diesel version, at 129g/km and 128g/km respectively, but the Bi-fuel is not subject to the 4% supplement on BIK tax.

Dacia says owners benefit from an average of £594 savings on their annual fuel bill at 12,000 miles a year with the new dual-fuel system, or nearly £2,400 over a four-year ownership cycle.

Service intervals are the same as for petrol variants, and the system is covered by the standard three years/60,000 miles warranty.

Luke Broad, head of Dacia UK, said: "Dacia is the only brand offering this conversion, and these engines perfectly align with our brand values.

"When petrol prices stabilise again at around 129p per litre, the savings will become even greater than they are now."

Liquefied petroleum gas is another name for propane, which you might use to fuel a small domestic gas fire, with an exchangeable gas tank.

Around 1,200 filling stations in the UK offer LPG, sometimes branded as Autogas, and pricing is typically around 60% of the cost of unleaded fuel because of lower duty levied on LPG.

In converted vehicles a doughnut-shaped tank is usually installed in the spare wheel well, and has a usable capacity of around 30-35 litres.

Engines need some different components to allow them to run on LPG as well as petrol, and the car will start on petrol before it can be switched to LPG. Switching between the two fuels is done by the driver.

LPG is less dense than petrol and has a lower calorific value. Engine torque on LPG is reduced by around 10% compared with petrol, and fuel consumption on gas is slightly higher.

But with lower costs at the pump, it should be possible to break even on the £400 premium with Dacia's new range within a year of average mileage, and result in cost savings over an ownership cycle - as long as drivers run predominantly on LPG.