Fleets' confidence in EVs to rise dramatically by 2022

Concerns over the viability of electric cars on fleets are fading, a new report finds, with EV fleet adoption set to ramp up significantly towards 2022. Illya Verpraet reports. 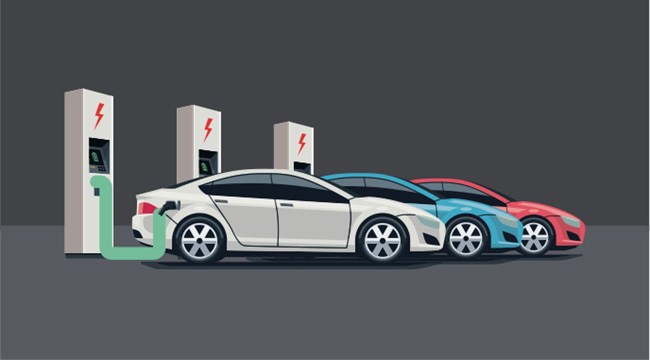 Fleets are no longer anxious about the challenges associated with running electric vehicles (EVs) and a significant proportion anticipate that at least 30% of their fleet will be electric by 2022, a report by market research firm 360Media has found.

The report is based on a survey of more than 300 fleet decision makers, and a series of seven focus groups in London, Birmingham, Bristol, Leeds and St Albans.

The research found that fleets are now confident that the main issues around EVs will be resolved in the next couple of years. Jonathan Manning, the author of the report, said: "For a long time, fleets weren't really sure whether EVs were coming or not, and the research clearly shows that there is now no longer any doubt that they are coming.

"Because of that, it is a change of mindset. Rather than anticipating that there will be an alternative technology, there is now complete faith that electric is going to be the ultimate powertrain for the next decades at least. They are starting to see that vehicles are arriving that no longer create issues of range."

According to the report, 7% of fleets intend to buy or lease at least seven new electric cars in 2020, with that figure rising to 30% for 2022. If that number sounds rather low, Manning puts it into perspective: "That doesn't sound so significant when you are running 1,000 vehicles, but when the heartland of the market is [fleets with] around 50 vehicles and they are replacing a third or a quarter of their vehicles each year on a three-year basis, you are looking at a very significant proportion.

"If you are only replacing, say, 15 vehicles a year and at least seven of them are going to be electric, you are looking at almost 50% of the vehicles being electric in three years' time."

The change is likely to happen at a slower pace with large fleets than with small and medium ones. Ian Richardson, managing director of 360 Media Group, commented: "For larger fleets the transition is a little slower, but the volumes will be much greater. By 2022, 53% of companies running between 50 and 99 company cars expect to be buying or leasing a minimum of seven new electric cars per year."

Barriers to EV adoption still remain, however, with the biggest issues being price and availability.

"A number of the fleets we spoke to had wanted to move more quickly, but they have really struggled to get hold of vehicles," Manning said. "We have heard of waiting lists of 12-14 months for some of the more popular vehicles."

This is an issue that manufacturers are addressing, even if there is still a long way to go. Hyundai announced this month that it is starting production of the popular Kona Electric SUV at its Czech plant, in addition to the existing production in South Korea, in an effort to reduce the one-year waiting list.

On the subject of price, the report says that more than a third of fleet decision makers complained that prices quoted for a new electric car rose before delivery, while 30% were generally disappointed with the cost of electric cars - so much so that 48% would be open to leasing second-hand EVs to cut costs.

This experience shows the importance of the plug-in car grant, which pays for 35% of an EV's value up to £3,500. The incentive is due to expire in March, with no word from the government on whether it will be extended or replaced by a similar scheme. Countries such as Norway and the Netherlands, which heavily incentivise EVs, are among the leaders in EV adoption.

The research showed that fleets that do still have some doubts about whether EVs are right for them would like assistance in identifying which of their vehicles could make the transition first with minimum operational disruption. Such schemes are currently not very widespread, although Europcar and Mercedes-Benz have recently started offering six-month trials of eVito electric vans.