As the point for requesting a transition extension has passed, fleets could face significant disruption if the UK leaves the EU without a trade deal in December, writes Simon Harris. 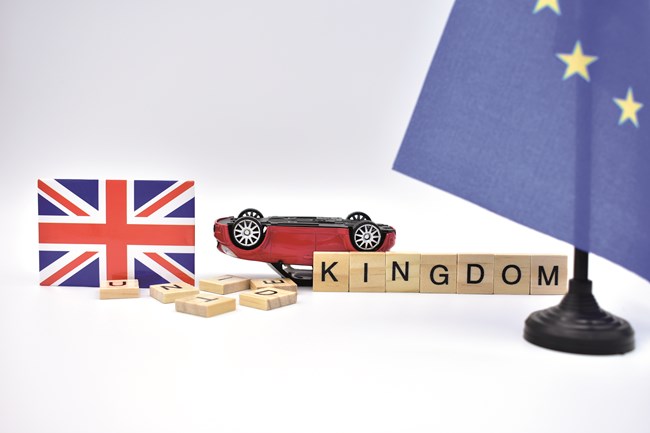 Fleets have been put on alert for a no-deal Brexit and potential disruption to vehicle supply chains and higher costs in 2021 as the deadline to request an extension to the transition period passed last month.

The EU had said the UK was entitled to ask for an extension to the current transition period, which ends at midnight on 31 December, for up to two years, and member states had indicated it would support such a request.

But the deadline for the request ended on 30 June, so the UK now has less than six months to agree a deal on future trade arrangements with the bloc.

Some had believed that, with emergency measures to mitigate the coronavirus outbreak, the government would take a pragmatic view on the deadline and there would be an extension of at least a few months.

It has led to warnings to ensure fleets place Brexit planning high on their agenda over the next few months.

The impact of no deal on the automotive industry has been discussed since the result of the referendum campaign four years ago, when the UK voted to leave the EU.

The government remains confident that a deal will be agreed before the end of the year, but the rhetoric has also modified recently to play down the risks of no deal.

In a no-deal scenario, goods crossing the border between the UK and EU would face tariffs, which would increase the purchase price of new vehicles.

But Professor David Bailey, of Birmingham Business School, told Business Car that even if a trade deal was agreed there would still be an impact that would be felt by fleet operators.

"With or without a trade deal, things are going to become more difficult for UK automotive after this year," he said.

"Car manufacturers may reduce the number of models they offer in the UK. EVs could be especially affected if UK EV sales don't count towards EU fleet emission targets, in which case automakers will have less incentive to sell EVs into the UK market, just at a time when we are trying to encourage a mass switchover."

Bailey added that the problem wouldn't necessarily be restricted to vehicles produced outside the UK: "Even cars UK-assembled could see production disrupted by customs delays in supply chains, therefore affecting the supply of new models.

"Overall, lead times are likely to increase, costs rise and the range of models decrease. That isn't good news for UK fleet operators or drivers."

The BVRLA published guidance last autumn as Parliament was holding up approving the UK's withdrawal agreement, and leaving without a deal was a risk before the general election was called.

Clearly, that advice is still relevant, and it echoes Bailey's warning about the availability of plug-in vehicles in the UK.

It said: "It is not clear in . no deal that UK sales of BEVs/PHEVs would count towards a manufacturer's EU carbon emissions targets, creating a disincentive to sell ULEVs into the UK market.

"This will impact our ability to achieve net zero emissions targets. A national quota on electric vehicles is not the solution, but [the] government needs to use existing regulatory and policy tools to ensure sufficient incentives for carmakers to sell ULEVs in the UK in the event of a no deal."

Paul Hollick, chair of the Association of Fleet Professionals (AFP), said: "For fleet operators still dealing with Covid-19 on a moment-by-moment basis, Brexit might seem some way down their list of priorities.

"But it is getting closer very quickly and, for some, will have quite significant operational impacts. From an AFP point of view, there remain many unanswered questions from our members about the full impact of whatever is ultimately decided.

"It's not controversial to say that a no-deal, hard Brexit would be a disaster for the UK and I imagine both Brussels and the UK government will do all they can to avoid this situation.

"That said, the government does need to prepare for all eventualities and the recently acquired land for a new, massive customs clearing centre in Kent is an indication of this requirement.

"In the event of no deal, the key operational expectation for fleets will be that UK borders become the main area of focus, especially the effects of a locked-down border.

"Those running fleets in both Northern Ireland and Eire will undoubtedly be impacted to a point where a strategy plan should be set up to cover operating vehicles each side of the border in isolation.

"The other area of focus in the event of no deal should be customs processing times at border crossings. It is possible that hard borders lead to many serious delays on non-UK-produced vehicles and parts.

"Fleet operators should look at their transport requirements for Q1 and Q2 of next year - it may well be worth bringing these forward to weather the potential storm. It is also advisable to check with your supply chain to ensure they have structured plans in place.

"Questions of increases in tariffs and import taxes are unknown at the moment but also a concern."