Geopolitics could hamper switch to EVs

The political landscape and location of key electric vehicle components could be a sticking point for the government's bold EV plans. 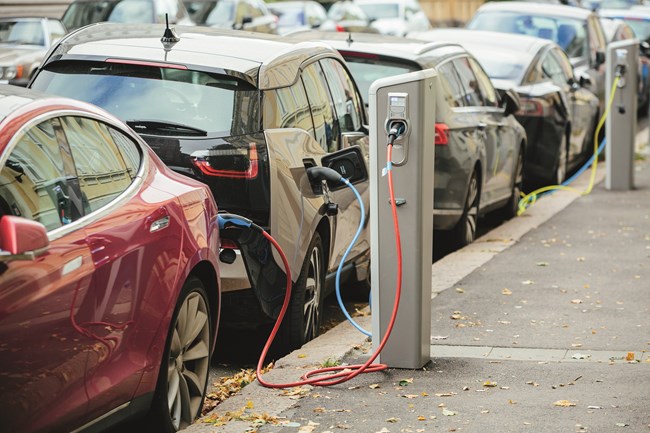 The UK government's ambitious plans to phase out sales of new internal combustion-engined cars from 2030 could be hindered by the locations of key raw materials required for electric vehicle production and the ability to secure supply.

A report by the European Commission called Critical Raw Materials Resilience: Charting a Path towards Greater Security and Sustainability, published in September 2020, highlighted the bloc's concerns about its capacity to gather resources. It illustrated the continent's relative lack of natural materials in comparison to other areas of the world, especially China, which is the biggest supplier of 10 such resources to the European Union.

China is the second-largest global producer of cobalt and lithium - both of which are required for electric vehicle batteries - accounting for 7% and 37% of their respective production volumes.

The Democratic Republic of Congo and Chile are the biggest producers of cobalt and lithium and the EU's biggest suppliers; the former accounts for 59% of global supply and 68% of cobalt sent to the EU, the latter an equivalent 44% and 78% of lithium.  China is the world's biggest supplier (69%) of natural graphite - also found in EV batteries - and heavy rare earth elements (86%), which are used to build permanent magnet motors. It accounts for 47% of the EU's main supply of the former and 98% of the latter.

The report concluded that "the stakes are high" and suggested the bloc needed to "reduce dependency and strengthen diversity and security of supply" in order to secure a broader and more stable access to materials.

While the UK is no longer a member of the European Union, it remains dependent on the bloc for access to components for local manufacturing. According to the European Automobile Manufacturers Association, 14.1 million vehicle parts worth ?11.4bn were imported from EU27 countries to the UK in 2017 - 78.8% of the value of the UK's total part and accessory imports.

"Europe has not got much of any of the key ingredients for electric vehicles - the batteries and the magnets and motors - and has very, very little prospect of getting them," Nick Molden, founder and CEO of vehicle testing specialist Emissions Analytics, told Business Car. "What I struggle to see is, how can Europe compete? Even if we build gigafactories all over the place, if they rely upon materials that largely come from China, the profitability of those gigafactories would be at the mercy of the prices charged and, indeed, just the straight availability of those materials."

He added that the country's monopoly on such resources could lead to inflated costs or constricted supply to European markets. "What would stop China from either putting up the prices or just rationing the amounts of refined graphite or cobalt, just to make sure that Europe could keep making them [EVs] but not enough that they would make any money out of it?

"The value in the European auto industry would be gradually leached out of it and [China] could sell a lot of cheap EVs so that people are hooked on them. You would have nice, cheap electric cars. and by the time European politicians wake up to what they are doing, it will all be too late."

Molden, who stressed that he was not anti-EV, claimed that the UK and Europe's best solution would be to promote a mixture of vehicle powertrains and a more gradual shift to full EVs via increased use of existing hybrids, rather than insisting on all-electric new vehicles as soon as possible.

"It just reinforces, I think, that we need a mixed market of these powertrains," he said. "Clean, mildly hybridised internal combination engines, full-on hybrids, some plug-in hybrids, some pure EVs for certain duty classes, and hydrogen as well. We must develop a competitive, diverse market."