Error parsing XSLT file: \xslt\FacebookOpenGraph.xslt How Volvo is on a roll with electrification
Cookies on Businesscar

How Volvo is on a roll with electrification

After a record year just gone and with a year of electrified product launches ahead, Guy Bird talks to Volvo UK's sales management about taking 2019's success into 2020. 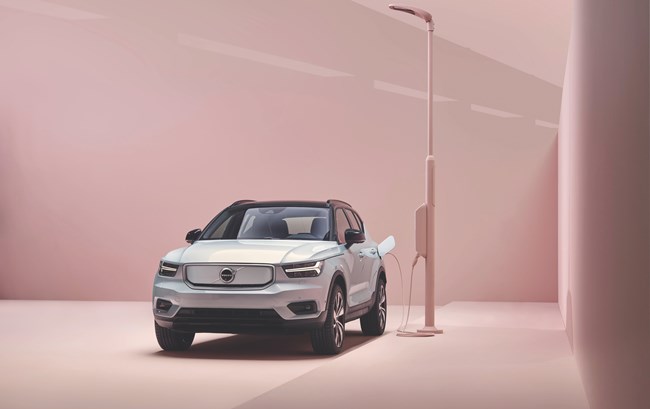 It is fair to say Volvo is living up to the meaning of its latin name "I roll" by being on a 'sales roll' of some magnitude. 2019 saw its best ever global tally - up nearly 10% to 705,452 - with its UK operation playing a significant part in that success, shifting 56,208 cars.

"That's 12% up on 2018 in a market down by more than 2% and second only behind Lexus as the fastest-growing premium brand," confirms UK sales director Matt Galvin. "In 2020 we are aiming for 60,000, and with most of that growth in business sales. We are in a great place and there is more to do, but I think it will be interesting given the new product we will have to offer."

Volvo already has one of the youngest, safest, and most eco-focused and
well-designed model line-ups in the industry. Critical endorsement has come via dozens of recent high-profile awards, including Business Car's 2019 Fleet Manufacturer of the Year and Best Compact SUV for the XC40, and Volvo hopes much of that targeted growth will come from electrified versions of existing products.

"Now every new car we offer will have a plug," UK head of business sales Steve Beattie explains, "and with our Take Charge campaign we will offer 12 months or £1,000 of free electricity to customers transitioning to electrified models, whether that is via a home wall box charger or on-street. It is all done via our Volvo On Call app."

The deal spans the full range of Volvo's seven plug-in hybrid cars (PHEVs), if purchased between now and 30 June 2020, and is available to company car customers as well as retail ones. Reimbursement will be made at the end of the 12-month period from May 2020, with the figure based on the average price of electricity in the UK as advised by an independent third party. Company car drivers will receive the refund rather than their employer, to maximise the electric part of the PHEV's powertrain, rather than just enjoying their tax breaks, as was previously reported to be a problem with some PHEV drivers who never recharged.

First deliveries are now due in April, and Beattie sees the electrification trend increasing as new CO2-related BIK changes kick-in within the same month and incentivise more business drivers to go electric in some form. For the XC40 PHEV, its 41-43g/km of CO2 range means all plug-in models will see their BIK rate drop from 16% to 14% (based on its 29 miles of electric-only range), while the XC40 pure EV, which is available to order from October, will only have a BIK rating of 2%.

Beattie is also targeting the small to medium enterprise (SME) sector. "At the start of 2019 we had one team for large corporate and SMEs, but now we have a remote sales team that [just] contacts SMEs," he continues. "In 2014 our SME sales represented 12-14% of our fleet total; in 2019 they equalled 30%. SMEs have more power to decide on car choice and they like PHEVs."

Diesel engines will still be an important, although declining, powertrain offering for Volvo business customers in 2020. In 2017 diesel-powered Volvos took almost three-quarters of all sales, but by the end of 2019 equated to under half (46%). Newly RDE2-compliant engines across the range will arrive in June, including mild hybrid 48V petrol versions. Although unconfirmed officially, expect mid-life facelifts of the V90 and S90 estates later in the year too. All in all, 2020 looks to be a bright one for Volvo, particularly in the UK, where the market is expected to overtake Sweden to become Volvo's third-biggest worldwide. 'I roll' indeed.