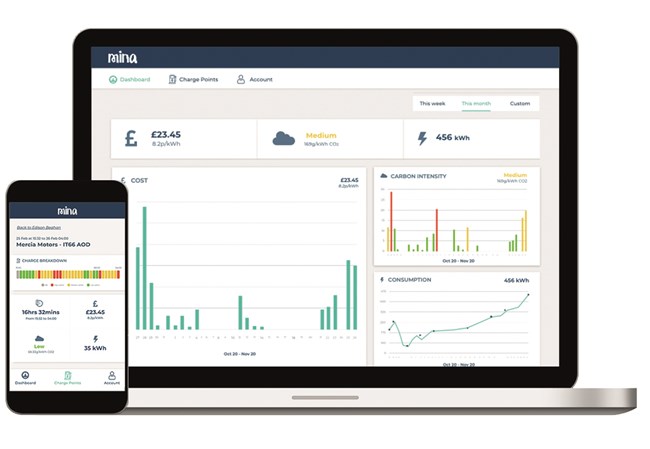 Fleets have devised a series of DIY approaches to electric vehicle charging and mileage reimbursement in the absence of an established model.

Technology start-up Mina, which specialises in simplified billing for EVs, told Business Car it had seen a spectrum of compensation methods as companies grappled with their administration.

"A lot of the fleets we've been speaking to are doing the AER rate at 4p a mile," said Mina's co-founder Chris Dalrymple. "One of them we know is doing that, but they're almost overpaying because they're also reimbursing public [charging] rates separately on top - so [drivers] can kind of get paid too much."

"We've got people who are reimbursing actual costs, but they're grossing up, so the net salary back to the employee is the actual cost because they're doing it through payroll.

"I spoke to some people the other day who were doing 5p a mile because someone had complained. They said 'we had to go from 4p to 5p because some drivers said they were getting short-changed'."

HMRC introduced the advisory electric rate (AER) of 4p per mile in September 2018 after extensive lobbying from the fleet industry. Though generally regarded as a progressive move, it was simultaneously criticised by bodies such as ACFO (now AFP) for its application only to pure-electric vehicles and failure to acknowledge plug-in hybrids and other alternative-fuel models, while Mina's accounts suggest traditional methods of petrol and diesel reimbursement are easier to apply.

Fellow co-founder Ashley Tate said households with multiple EVs presented additional problems, as it could be difficult to determine whether or not charges corresponded to business vehicles.

"One of the things we often get thrown at us is: if there are two EVs in the household, how do you know if the business EV or the personal EV is charging? A really simple answer to that is to track the mileage, because if [a fleet] has got, say, 10 Nissan Leafs doing 10,000 miles a year and one of them is costing 25%, 30%, 50% more than the others, something's not right.

"Then there are other things like how much charge have we delivered? Could the battery take that charge? Was it back-to-back charging? Should the person have been at work at the time of the charge?"

Mina has developed a service designed to address such issues by grouping home and public charging costs into one invoice. Its system is able to integrate with drivers' home charging points, energy providers and the National Grid, establish the exact cost and carbon output of the energy used to charge employees' vehicles, and reimburse employees for the precise amount in the form of a credit to their personal energy bill.

Fleets are able to view electricity usage and charges via an accompanying software system, and an app is available to drivers that tells them when the charges have been credited to their account.

"What you're effectively doing is cutting the driver out of the cycle," said Dalrymple. "They see a credit going to their energy account at the end of every month for all the energy that they've used to charge their company vehicle, but they don't have to do an expenses claim. They don't have to estimate their mileage or give a mileage reading for that 4p a mile to come back. They're not given the money and, because they don't see it, there's no reimbursement process.

"That's quite an advantage from a tax point of view, both in terms of VAT and National Insurance and HMRC, and it's much more accurate than 4p a mile, which pays some drivers too much and pays some drivers too little. What you're paying for is the actual energy, rather than a kind of theoretical rate."

The company also offers a small business service, which bundles the cost of charge point purchase, installation and vehicular electricity billing into a fixed monthly fee and, with its larger fleet product, has commenced a pilot scheme with outsourcing and energy services firm Mitie to manage the billing for its 550 EVs - currently around 10% of the company's fleet - ahead of its plan to go  fully electric by 2025. Dalrymple said Mina was in talks with "four or five" other fleets about similar initiatives.