Keeping eyes on the electric prize

Go Ultra Low is hopeful that positive attitudes to electrification revealed by a new fleet manager survey will not be derailed by changing economic circumstances. Sean Keywood reports 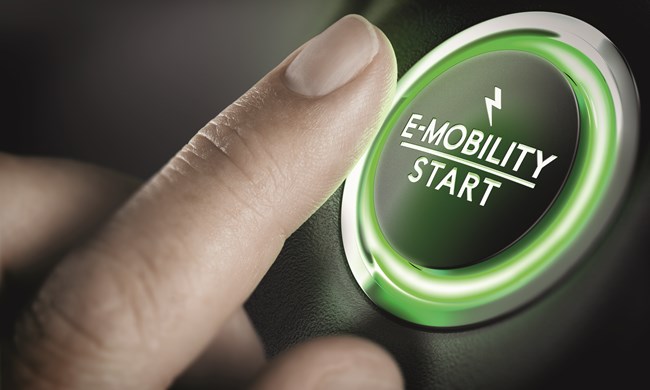 Fleet managers should focus on the whole-life cost benefits of electric vehicles (EVs) in order to safeguard electrification plans following the coronavirus pandemic, according to the head of the Go Ultra Low campaign.

Poppy Welch was commenting after the organisation released results of a new survey, in which one in three UK fleet managers said they expected at least half of their fleet to be electric by 2025.

The survey, commissioned in partnership with the Energy Saving Trust, also found that nine in 10 fleet managers (out of 500 surveyed) enjoyed the idea of driving and owning an electric company car, and seven out of 10 had committed to purchasing an EV within the next two years.

However, with business forecasts across the economy now having been turned upside down by Covid-19, Welch acknowledged that her organisation - which is supported by the government, vehicle manufacturers, energy firms and the SMMT - and others have work to do to ensure fleets remain onside.

When asked by Business Car if she was concerned the high purchase price of EVs might now be a bigger deterrent to potentially cost-cutting fleets, Welch said: "I am a little bit worried about it, but I do think that once businesses look into this, most fleet managers said that the whole-life costs of a vehicle was the number one thing they were looking at, so EVs obviously come out really well with running costs, taxation, maintenance, and also things like the ULEZ and any other clean air zones.

"Potentially, if you are looking at upfront costs they are a little more expensive, so it's important for people like Go Ultra Low and the government and vehicle manufacturers themselves to ensure that fleet managers and company car drivers know about initiatives like the reduction in benefit in kind, reduction in VED - really good things to hopefully encourage fleet managers and company car drivers to think positively about electric."

While the survey found that half of fleet managers expected an increase in EV take-up due to the new 0% benefit in kind rate for such vehicles, it also found nearly one in three were not aware of the new reduced rate.

When Business Car put it to Welch that this was surprisingly high, she said: "I guess what it shows is people like us have a bit of an opportunity to help increase awareness of not just that, but the other incentives that are out there for businesses, and for company car drivers as well to change to EVs.

"That's why, for example, we are partnering with the Energy Saving Trust, who obviously do a lot of work on the ground with fleet managers, so they are able to help us quite a lot with that real kind of expert knowledge of how particular fleets work, and then we can tailor our messaging to help those businesses or company car drivers get the right information, and the kind of positive messages that there are out there."

The survey also asked fleet managers for the factors that were inhibiting electric vehicle adoption, and found that the most commonly named concern was a lack of charge points.

Responding to this, Welch said: "We like to point out that there are actually probably more charge points around than people think there are.

"There are around 32,000 public charge point connectors in the UK at about 11,000 different locations, and the government are doing a lot at the moment to help improve those infrastructure measures, so in the March 2020 budget they announced the rapid charging fund as part of a £500m commitment to EV charging infrastructure, and by 2023 they want to have at least six ultra-rapid chargers at every motorway service station in England, which means that drivers, particularly the likes of company car drivers driving longer distances, will never be further than around 30 miles from a rapid charger.

"We think that's a really great ambition to have. If we can get that message out there it will help people to be less nervous about the uptake of electric vehicles.

"It would also be worth pointing out that the majority of charging does actually take place at home, and lots of energy companies now are offering really good EV-friendly tariffs where the cost is very low overnight when most people charge their vehicles."