Michelin steps up commitment to sustainability

The tyre company has committed to being carbon-neutral at all its sites by 2050 and has launched a new tyre aimed at extending range in EVs. 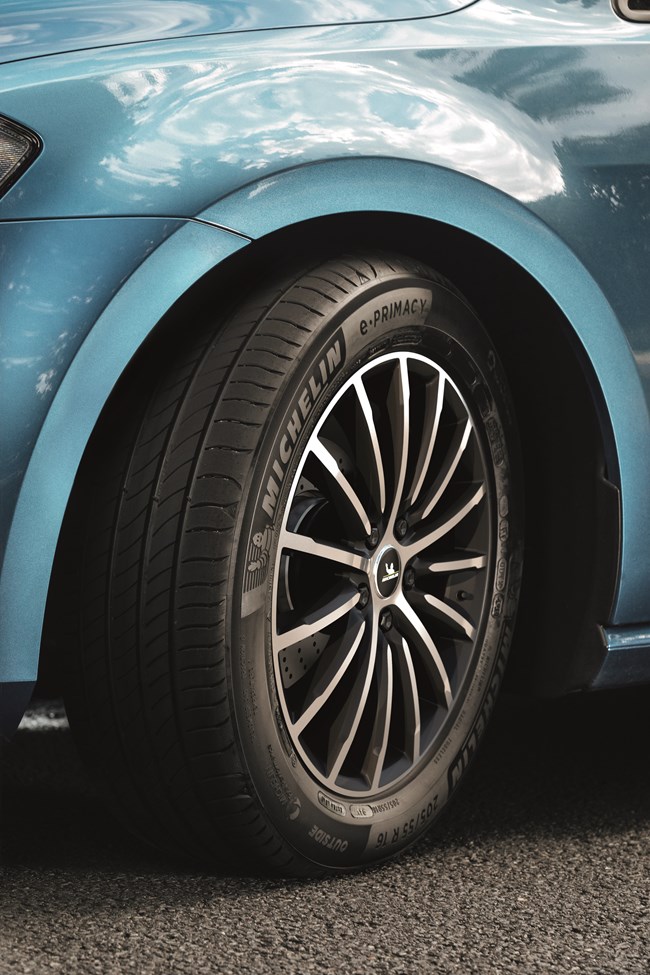 Tyre choice could become critical in extending electric vehicle range as tyre manufacturers step up efforts to improve sustainability. Tyre makers have introduced products targeting low-emission vehicles for many years, with some vehicle brands able to reduce official CO2 emissions of their vehicles at launch.

But the goal is now likely to enhance the same technologies in tyre production to extend the range of electric vehicles.

Michelin announced its new E-Primacy tyre at a news conference this month, and reaffirmed its commitment to sustainability as a company.

Scott Clark, executive vice-president, automotive, motorsport, experiences, and Americas region, said at the launch of the new initiative: "From an environmental standpoint, the group is committed to limiting global warming, developing the circular economy and preserving biodiversity.

'We're committed to reducing the environmental impact of our industrial sites and when we measure the performance of our plants, a key indicator is their environmental performance. Our ambition is to achieve carbon-neutral manufacturing by 2050 at all sites."

He said the company's environmental performance is not just limited to its factories, and it is working to recycle materials from old tyres to use in the production of new ones.

He added that the company already ensures its tyres are as safe at 1.6mm tread depth as much earlier in life, helping to reduce emissions from tyre production.

"We're harnessing the power of innovation to design tyres that reduce fuel and energy consumption and to limit CO2 emissions," said Clark. "By 2030 our tyres will be 20% more energy-efficient than they were in 2010.

"What began as a growing awareness, with the first low rolling-resistance 'green' tyre in 1992, has now become one of Michelin's core convictions.

"The 'All-Sustainable' vision, which informs the group's strategy, is based on growth that is equally balanced between the financial and operational performance that ensure its long-term impact and independence, the positive contribution to the planet, and the attention we pay to people, without whom no achievement or transformation is possible.

He said the E-Primacy tyre had been engineered to be carbon-neutral at the point of purchase, including raw materials and transport to the customer.

Michelin claims the tyre will pass the EU R117 standard wet braking test for new tyres after 18,000 miles of wear.