Sean Keywood hears how, for fleets going electric, charging arrangements
are just as big a consideration as the cars themselves. 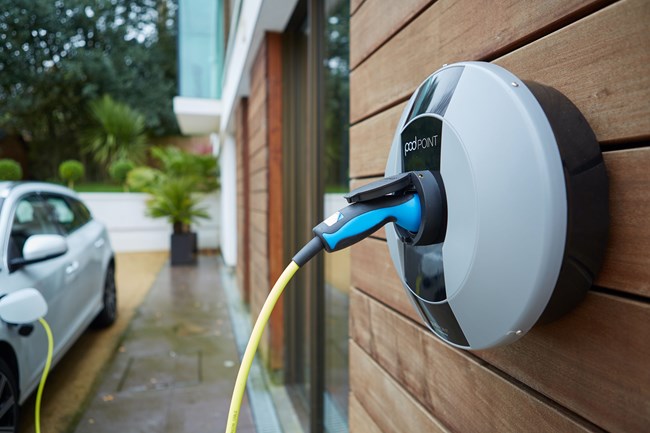 With a 0% BIK company car tax rate for electric vehicles (EVs) being introduced in April, a surge in interest from drivers looks inevitable, especially with car manufacturers racing to add more battery-powered models to the marketplace.

Just on their own, these vehicles will be giving fleet managers used to dealing with petrol and diesel cars plenty to get their heads around. But even once the cars themselves are understood, there is still the issue of charging them, which for fleets used to simply handing drivers a fuel card and letting them get on with it is another step change.

After all, nobody expects to have a petrol pump at the office for their company car, or indeed to install one at their home and expect the company to contribute, but with EV charging both of these scenarios are common. And when out and about, the easy interoperability of filling stations is replaced with a potentially bewildering array of different charging networks, many of which will require separate accounts before they can be used.

It is no wonder, therefore, that Lauren Pamma, electrification propositions lead for Lloyds Banking Group, whose remit includes leasing giant Lex Autolease, says that when clients are advised about electrification, the issue of charging is just as big a talking point as the EVs themselves.

"A lot of people just don't know where to start. Their background is in fleet and vehicles, and they know exactly how many vehicles they need and what those vehicles are going to be used for - but they don't know anything about charging typically.

"At the moment they just give their car to the employee, and they just fill it up in a petrol station and it is all really simple."

When asked what businesses should look for in a workplace charging provider, Pamma says organisations should do more than just go for the cheapest price.

Other factors to consider, she says, include how good the software associated with the chargers is at managing the process, and also the issue of load balancing - whether the building's power supply can cope if every vehicle needs charging at once, or if it must be staggered at different times. She also says that future-proofing is important.

"[Organisations] may well provide free electricity for their employees now, but in the future will they want to charge their vans for free but make commuting employees pay for electricity?", she says. "And can the charge point that they install know [to do that]?

"And there is making sure the building supply can take it today, but also in the future. There might be 20 EVs now, but if next year they are going to order 100, there is no point digging up the car park now and [only] fitting what you need for 20.

"If you could be installing some of what you need for 100 vehicles, that means when you bring those vehicles on all you have to do is put the box on the end of a cable you have already laid."

"Businesses should look for a provider who can help them get to where they want to be both today and in the future," he says.

"That means someone who can provide a good value installation for the first charger or two, through to load managed arrays of tens or even hundreds of chargers, whilst helping navigate the challenges of power capacity, diversity, load management, supply upgrades, billing and ongoing maintenance."

Nigel Morris, who runs a fleet of EVs at Swansea University's Active Building Centre, says: "Providers are ultimately chosen by procurement methodology, but the initial selection is done by the best understanding of requirement, level of pre-sales support and ability to deliver.

"More slow chargers are often better than fewer fast ones, meaning less need to move vehicles during a shift."

Poppy Welch, head of the SMMT and government-backed Go Ultra Low campaign, says the choice of slow or fast chargers should come down to how employees will use them.

"For example, if they tend to leave their cars at work all day, then the company can opt for lower-cost, slow charge points," she says.

"If employees will need to make faster turnarounds, then they should look to install rapid or fast charge points instead.

"In general, it is better to install charging sockets, as opposed to tethered cables, which are not suitable for all vehicle types."

When asked if businesses should pay for employees to have a charger at home, Lloyds's Pamma believes that where an EV is the employee's own choice, then making them pay for their own charger is OK, but when it is mandated there is a stronger case for the employer to contribute.

Regarding the cost of the electricity itself, she recommends businesses pay the 4p Advisory Electricity Rate published by the government, since this avoids complications around dividing up employees' electricity bills, and also incentivises home and workplace charging over more expensive public charging.

However, Pod Point's McKemey is less equivocal, noting: "It is entirely possible to record electrical consumption by home chargers and for businesses to reimburse their employees for these costs, if they so wish."

Perhaps surprisingly, Pamma does not believe that fleet drivers without home charging should be banned from having EVs.

She says: "Having a home charger is clearly the easiest thing to do, as you can plug in overnight, but if there is some local free charging or a workplace charger you can use, if you were really intent on having an EV you could find a way of making it work - and I don't think not having home charging should be a huge barrier."

According to Pamma, Lex gets fewer questions from businesses about public charging than home and workplace charging, and she says this is a fair reflection of their likely usage, as in six months of running an EV herself she has only used public charging "maybe 10 times".

She says: "Unless you are doing the odd longer business journey that involves motorways, probably 90% of your charging will either be done at home or at work, and only 10% out and about.

"It is a bit like petrol stations - you would only fill up at a motorway service station if you were really desperate." 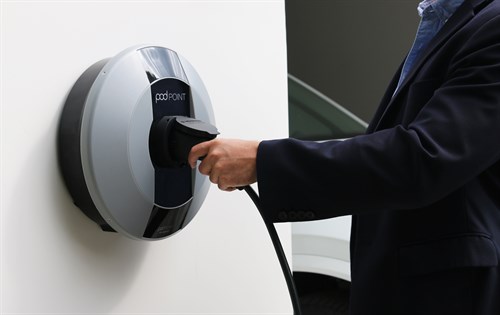 Pod Point's McKemey agrees that public charging will be the less common option, but warns this does not mean it should be dismissed.

"Public charging can be a very convenient way to top up your battery, even for drivers with access to home and workplace chargers," he notes.

"A significant advantage of EV charging is the ability to "top-up charge" when you park at public locations that you are visiting anyway (see our Tesco 7kW units for example), rather than always having to divert mid-journey to continue your journey, in the way we are used to with conventional refuelling.

"We do recognise that there will be a significant minority of drivers who are wholly reliant on public charging, and it is the charging industry's responsibility to ensure this charging does not feel like a 'last resort'."

Welch of Go Ultra Low adds that fleets may need to consider vehicle choice in relation to public charging.

"It  is worth noting that not all EVs feature the same standardised rapid charging connector.," she says. "Nissan, for example, uses something called CHAdeMo, Tesla uses a Type 2 plug for its proprietary supercharger network, while most other cars feature a combined charging system (CCS).

"We would recommend seeing which public chargers are most readily available in your area to help shape your shortlist."

"It is a bit of a minefield," she says. "I know myself, I have got about 10 different registrations for different charging companies that I might come across, and I think we probably need to do more with drivers to educate them before they get their car into what they need. They will need a smartphone because most of them will rely on some sort of app. They then need to download the apps that they are going to need.

"I think it will get easier once contactless starts to be rolled out more widely, but we are not quite there at the moment."

Morris agrees that the situation is complicated, and says it is made trickier by running a public sector fleet.

"The ability to pay via multiple methods (app, subscription, debit card) helps with interoperability but probably adds to cost too," he says. "For a public sector fleet we have financial barriers to a monthly subscription method so rely on debit card or personal subscription and claiming back on expenses."

Pod Point's McKemey says the introduction of contactless will help, but adds the company is still looking at ways to make it easier.

He also says getting drivers to sign up to the Pod Point app makes it easier for fleets to manage expense claims.

"Due to the anonymised nature of the transactions, it is not possible for charging providers to automatically assign contactless payments to specific drivers," he explains.

"Instead, VAT receipts can be emailed manually upon request. [However] having an app-based system allows the driver to track home/workplace/public charging and easily download data for reporting purposes."

Whatever the approach, Morris warns the risk is that bad initial experiences might put people off - but says the effort is worth it.

"It only takes one bad experience to undermine roll-out and acceptance," he says. "Behavioural change is not always easy - a 10 minutes fill is now a 40-minute charge - [the question is] how to best do that? It is not always by trying to replicate ICE behaviour.

"The rewards are there though - just like giving up smoking. Not easy, but worth it on almost every level."