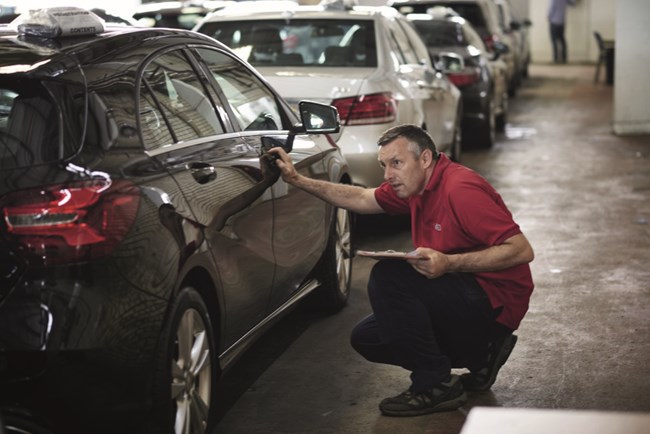 Rental suppliers have been defleeting short-term hire vehicles early due to lack of use and a strong used car market. Buoyant second-hand values and robust demand mean vehicles are increasingly considered more lucrative when sent to auction than remaining on little-used rental fleets.

"We have quite a sizeable rental operation, and we've taken a number of those cars from our fleet . because there's a higher retail demand for them [used] than there is for rental," Activa Contracts' remarketing manager, Martin Hughes, told Business Car.

"I'm not saying [rental] business has gone through the floor, but it has gone right down. It is starting to pick up a bit now, but from our point of view we're making more money by selling those ex-rental cars to a retail customer than we are having them on our rental fleet."

The short-term hire market shrunk rapidly at the beginning of the pandemic, and leisure and airport business in particular has struggled to recover. Major providers have reported heavy losses, among them US giant Hertz, which filed for bankruptcy protection in May.

"After we came back from lockdown, all our rental locations were full of vehicles," continued Hughes. "Then we had a spike in June/July when you could basically sell a used car for any price you wanted . so we filtered those [vehicles] into our dealerships and sold them.

"It allowed us to liquidate a lot of our higher-value stock - 19 and 69-plate cars, and there wasn't much of that around. Now, the bigger rental companies are starting to liquidate their stock, and I've seen a number of commercial vehicles, especially, coming through the auctions from some of the bigger players, on late plates. The prices they want for them are just ridiculous, but they just haven't got the business for them to sit around waiting for a customer to turn up."

Activa is part of Arnold Clark, the UK's largest dealer group, and sells ex-fleet vehicles directly through its in-house retail network, but Business Car understands other leasing and rental companies have followed suit.

"Without a doubt," said Derren Martin, Cap HPI's head of UK valuations, who suggested that the increase in used rental vehicles had failed to negatively impact prices.

"The value rental companies have all done that and it hasn't affected the market adversely at all . they didn't need them for the rental business, so they might as well have sold them and made good money - probably more than they were expecting to."

"There's been more of that product in the marketplace," added Martin Potter, Aston Barclay's group managing director. "There's been a demand for that sort of late and low product because people aren't prepared to wait six months to order a new one."

The BVRLA played down the trend and claimed it had not seen rental suppliers defleeting vehicles. "I wasn't aware that there was a big shift into the used market," a spokesperson told Business Car. "A lot of rental companies do it on buy-back anyway, so that wouldn't be an issue. Anyone that does have vehicles on risk would probably keep quite an open mind, depending on their exact dynamic."

Recent auction reports suggest used car values are now lower than those seen in June and July, though still significantly stronger than those seen in April and May. BCA's average sale price in September was £8,363, down 2.7% from June's high of £8,599, while Cox Automotive, which owns Manheim, described September's used car market as "healthy" and said there was strong demand for "quality retail stock". It added that the supply of vehicles was increasing and that values had weakened for older models and those in poorer condition, which previously enjoyed a boom when sales commenced after lockdown.

Despite the broader downturn, there have been pockets of demand for short-term hire in certain sectors. In June, one fleet operator told Business Car he increasingly needed 'social-distancing vehicles' - typically small cars or vans to follow a primary vehicle and keep employees separate - and found them difficult to acquire from rental firms, describing it as "the most obvious case of supply and demand I've seen in a long time". Commercial vehicle hirers Fraikin and Asset Alliance Group, among others, have also reported strong demand for vans among grocery and health supply businesses.