After an investigation, the Department for Transport has found that smart motorways are safer than is sometimes thought, but it plans to take measures to increase safety where it is still lacking. 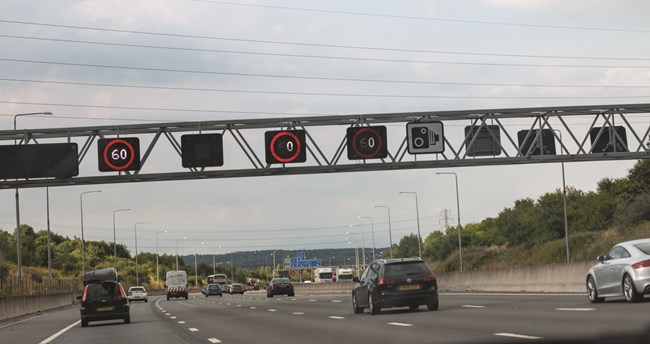 The Department for Transport (DfT) has concluded its investigation into the safety of controversial smart motorways. Edmund King, president of the AA, said: "We applaud the current Transport Secretary, Grant Shapps MP, for instigating the review and taking this issue very seriously."

In its report, DfT found that smart motorways are just as safe as normal motorways, with the exception of an increase in accidents involving cars stopped in a live lane. To address this problem, it plans to increase the number of emergency refuge areas and upgrade the equipment that automatically detects a stopped vehicle.

As a result, DfT's plans focus mainly on increasing the number of emergency refuge areas and improving the detection of stopped vehicles.

The report states: "Going forward, we will commit to a maximum spacing of one mile apart and look to, where feasible, provide them every three-quarters of a mile apart". This is already the design standard for newly converted sections.

King said: "The original M42 managed motorway pilot in 2006 with emergency refuge areas (ERAs) every 500m worked well, but after that the goalposts were moved and the roll-out began with ERAs at every 2,500m (1.5 miles). We believe the intention to place ERAs at every three-quarters of a mile is a great outcome and [it's] what we have called for over the last decade."

DfT will also retrofit 10 additional emergency areas on high-risk sections of the M25 and consider modifying existing smart motorways in the same way if the changes on the M25 prove successful.

To reduce the likelihood of a collision with a stopped vehicle, Highways England has also trialled and implemented a separate radar-based stopped vehicle detection (SVD) system, and will roll it out on all smart motorways in the next 36 months.

This system is designed to detect a stopped vehicle in less than 20 seconds and allow an operator to close a lane more quickly. To support this, and to ensure drivers comply with lane closures, those who ignore a red X on the overhead sign will be automatically detected, fined £100, and will get three points on their licence.

RAC head of roads policy Lyes commented: "On the basis [that] ALR smart motorways remain the default, the commitment to install stopped vehicle detection technology on the whole network is a positive step, but a three-year timeframe will feel like an eternity considering the concerns many drivers have about ALR schemes."

To ensure stranded vehicles are recovered quicker, DfT will increase the number of traffic officer patrols on smart motorways, aiming to reduce the average attendance time from 17 to 10 minutes.

Joshua Harris, director of campaigns for road safety charity Brake, commented: "Safety must always be the priority when it comes to our roads and so we cautiously welcome today's announcement on smart motorways. The new measures will go some way to addressing the safety concerns of those using smart motorways and should be implemented as a matter of urgency."