Error parsing XSLT file: \xslt\FacebookOpenGraph.xslt Telematics: Out of the box
Cookies on Businesscar

Telematics: Out of the box

Telematics is still described as a black box that tells you where a vehicle is. Jack Carfrae reveals how it's changing from its track-and-trace roots. 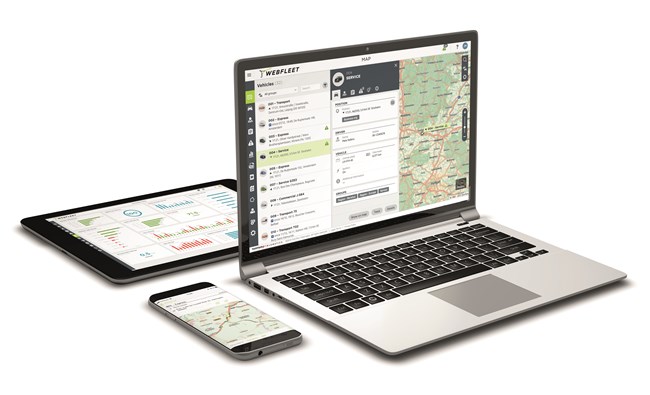 Every modern smartphone comes with a mapping system and a route planner. Punch tracker app into Google and, after a few pandemic-themed headlines, it is not hard to find a glut of services - business or personal - to do the tracing thing. You could be forgiven, then, for thinking telematics has been superseded by the same device we use for Snapchat.

That is arguably true for companies peddling little more than a box with some GPS software. If that is all you want, then a phone will do the trick. But track and trace is such a tiny part of what serious telematics companies do; these days, they are more data crunchers than location prefects, and the more sophisticated ones can paint an extraordinarily detailed picture of what has, is and may happen across a fleet.

Though still in use, the physical box is on borrowed time, as vehicles are increasingly leaving the factory embedded with the core connectivity functions, negating the need for aftermarket hardware - Ford's announcement in June that all commercial vehicles sold in Europe will be fitted with its Fordpass Connect service is proof of the direction in which things are headed.

The ubiquity of telematics stems from the European Union's eCall initiative, which requires manufacturers to fit rapid assistance systems to vehicles involved in a collision and became mandatory in April 2018.

"That has been a big turning point because, essentially, it has forced manufacturers to include connectivity in the vehicle by design," explains Alberto de Monte, global Catalytix director at Masternaut. "What this means is that we no longer have the barrier of connectivity because vehicles - by, let's say 2025 - will all come connected from the factory."

That might sound like a death knell for companies whose bread and butter stems from fitting physical devices to vehicles - and if that's all you're doing then it may well be - but it has been broadly welcomed by telematics providers because it saves them a job and the data is better.

"The raw data you're going to get out of the OEMs is fantastic," says Visiontrack's managing director, Simon Marsh. "When you install a device in a vehicle, what's been a problem in the past is how you connect it. It really has to be some sort of structural point, so you're not going to get vibrations, and it's going to have to be strong - if it's floating around in the wind, it's useless. Having it actually embedded in the vehicle and knowing exactly where it is [means] the data's going to be far, far superior."

However, standard-issue telematics creates a problem for fleets. If you have a solus arrangement with a manufacturer and every single one of your vehicles is the same marque, then look away now. Anyone with at least two brands might want to pay attention to Webfleet's sales director, Beverley Wise, though: "Every single manufacturer has a different algorithm, which reports on different things in different ways, so you, as a fleet manager, are. going to have different reports from different manufacturers. What is a green speed for a Mercedes may be a different green speed calculation for a Peugeot or a Citroen, for instance, so it's about understanding all of that and having one version of the truth. Otherwise, you've got 20 versions of the truth because you've got 20 manufacturers."

Fleetcheck's managing director, Peter Golding, agrees: "If you are a company with different vehicle marques - you may be running Mercedes, Ford and Renault, for example - you will want one system, so it will only really apply if you've only got one manufacturer."

Along with what some perceive as better quality data, this is likely the reason big telematics companies are enthused about the move - because fleets are going to need them. The physical act of attaching a device may be phasing out - and with it, the supplier's role of generating the data - but telematics firms are the ones with the know-how to process the information and serve it up in a digestible format. Even then, there is often an ancillary role for fleet management specialists, as the volume of data pumped out can be truly overwhelming, and it requires a dab hand to pick out the useful bits.

"There will be a point where virtually all the tracking companies will be providing software that integrates with the manufacturers' devices and they don't fit their own. I think that will be the future of the way telematics will work - they will be moving away from hardware and just really focusing on their integration software," adds Golding.

It is also unlikely, at least to begin with, that OEMs will include increasingly popular additions such as video telematics - which "seems to be at the top of everybody's tender list", according to Marsh - in their out-of-the-box packages, so there will clearly be room specialists to fill in the gaps left by manufacturers.

Alongside the OEMs' adoption of in-house systems there is a consistent stream of megatrends reports from consultancy firms the world over, hailing the technology as a gigantic growth area (again, search 'telematics report' and page one of Google is evidence enough). It is already run-of-the-mill among HGVs, at least in the UK, so there are more opportunities among light vehicles, specifically cars, according to Wise.

"I think the area of growth is actually in the passenger car market," she says. "As manufacturers start connecting their vehicles, that will naturally grow the telematics market in passenger cars. Things like ultra low-emission zones, more regulations and the pandemic will mean you'll probably need to be more aware of where your vehicles are going and what unnecessary journeys are being made."

Usage-based insurance is another big one. Common within the consumer young driver sector for some time, Marsh believes it is a big prospect for the fleet market because it could allow businesses to stop paying for cover they just do not need.

"Insurers take an average. The actuary has to work out your age, your car, then guestimate how you drive, how many miles you drive. there's a lot of clever stuff they do in the background, but there's nothing better than actually judging people on their driving data."

The nuances of that data continue to expand, too. In June, fellow telematics specialist Lytx launched what it calls "enhanced machine vision and artificial intelligence-powered risk detection". Behind the jargon, it is a driver-facing addition to the firm's existing system that can apparently detect when the person behind the wheel is using a phone, not wearing a seatbelt, eating, drinking or smoking. It can be hooked up to the company's tracking service and form part of the information sent back to the fleet operator.

Incidentally, AI is a big part of where the technology is headed. According to Golding, you can use it to "start looking at replacement cycles, durability and things like that", and plenty already have. The RAC has previously told Business Car of its plans to introduce a predictive telematics service, which cross-references historic breakdown data with vehicle makes, models, mileage and usage patterns, the idea being that it could flag up a likely fault before it actually happens. However, as far as we are aware, the firm has yet to launch such a service, although it was at least trialled internally.

That said, the systems are already extensively used to proactively keep tabs on the general condition of vehicles. "It can actually provide notifications to your company, should your vehicle develop a light on the dashboard, so that you can be proactive around your servicing," says Wise. "You find a lot of drivers potentially drive along with that light on, don't put oil in and then the company ends up with a huge cost when the engine goes."

Masternaut's De Monte says current telematics can be used to optimise planned maintenance, based on mileage and journey types, although he admits that layering different datasets is not an easy thing to do.

That, he says, is the stage before true predictive maintenance, "which I like to define as the holy grail. It's something that would be an incredible booster, especially for a leasing company, because for them it's a big-cost ticket and most of them have [maintenance] as part of their contract. Many companies are working on it. but I haven't seen any very effective ways, yet, to provide predictive maintenance.

"I guess the reason is that it's not just about data in this case, it's about knowledge of how to interpret this data - and we're talking about things like engine data where you need manufacturer engineering knowledge - and that must be combined with the vehicle maintenance history, which can come from the manufacturer itself or from the fleet manager. So there is a bit of, let's say, subjectivity around this data, which is the complex part of the equation."