The unintended consequences of ADAS

Modern driver aids have the potential to save lives and make driving less tiring, but they could also have unintended consequences, especially if drivers aren't familiar with the systems. 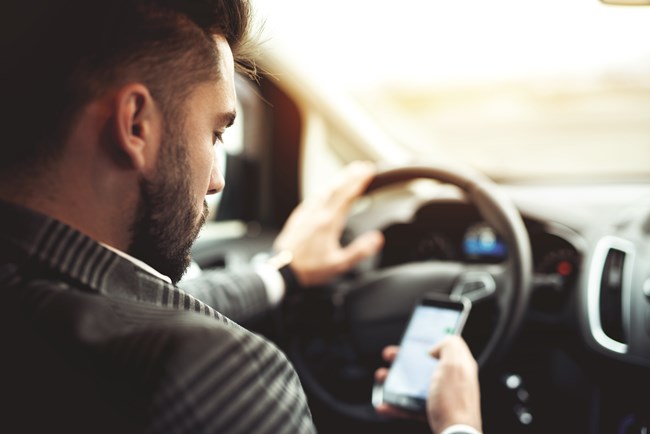 Fleets are warned that advanced driver aids could have unintended consequences, and even compromise safety. Advanced driver assistance systems, or ADAS for short, are becoming increasingly common in modern cars, and promise substantial safety improvements. However, they could have the opposite effect once drivers get used to relying on them, fleet risk and safety management firm Drivetech warns.

ADAS include features such as adaptive cruise control, lane-keep assist, intelligent speed limit adaptation, and automatic emergency braking. Together, they can give drivers the false impression that the car can drive itself: adaptive cruise control maintains a set speed and keeps its distance from the vehicle in front.

Lane-keep assist keeps the car centred in the lane. Speed limit assist has a camera that recognises speed limit signs and stops the car from speeding. Automatic emergency braking keeps a watchful eye out for hazards including cars in front and pedestrians, and can apply the brakes when the driver fails to react.

Dr Lisa Dorn, research director for Drivermetrics and associate professor of driver behaviour at Cranfield University, notes in Drivetech's white paper that: "Studies show that drivers change behaviour in response to new technology and the intended safety benefit is not always realised.

"ADAS also means that more driving subtasks are taken away and studies . have shown that this can lead to driver disengagement. Plus, with increasing automation, driver skills will be lost and new skills will be needed."

In particular, one of the studies the paper cites found that: "There is also strong evidence that drivers have difficulties keeping an adequate level of situation awareness, which leads to prolonged response times in some situations. They may also shift their attention away from driving and engage in secondary tasks."

The result is that "when ACC [adaptive cruise control] fails and does not adapt speed correctly, drivers have significantly longer reaction times than in similar situations when driving without ACC".

Dorn notes that with longer exposure to these systems, driving skill can even decay and younger drivers "will have less opportunity to develop their driving skills".

The white paper rightly notes that "driver training must focus on how to ensure that drivers remain alert and vigilant whilst using ADAS", and that "training fleet drivers must take into account the impact of time pressure to complete schedules, deliveries and appointments on time whilst simultaneously using ADAS".

However, although the paper discusses the different types of systems on the market, it singles out ACC as a case study for driver behaviour change. Other systems, notably forward collision warning, and automatic or autonomous emergency braking, have been shown to be extremely effective at reducing both car-to-car crashes, as well as fatal and non-fatal accidents involving pedestrians.

Similarly, electronic stability control, which prevents skids and helps the driver to recover control if one happens, has repeatedly been shown to significantly reduce crashes and fatalities, and as a result has been a mandatory feature on new cars sold in the EU since 2014.

The paper concludes by saying that a lot of these systems are "unknown or misunderstood by the vast majority of drivers acquiring and driving these vehicles". A lot of new cars come with these features as standard or bundle them in an option pack that can make it difficult to control whether they are fitted or not.

Fleets should therefore be aware whether vehicles are fitted with these technologies, make sure drivers know how to use them, and offer the appropriate training if required.