Toyota comes round to EVs

After soaring hybrid sales for both Toyota and Lexus, Guy Bird reports from Toyota Europe's Kenshiki summit in Amsterdam about its further electrification plans, a new supermini-SUV and an ambitious mobility service called Kinto. 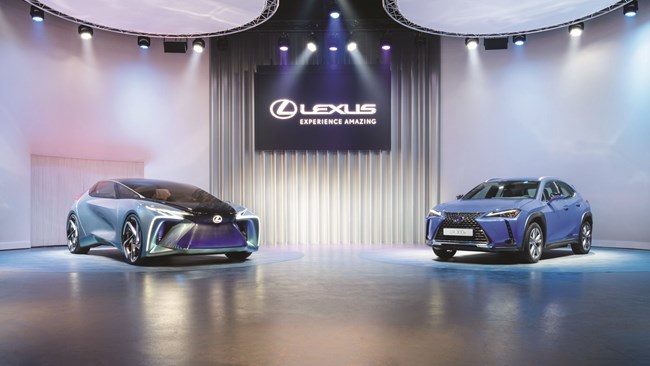 Toyota's decades' long espousal of petrol-electric hybrid technology has really borne fruit in the last five years, as drivers sought alternatives to diesel but with better eco and tax benefits than petrol-only powertrains. So much so, 63% of all its European sales, excluding Russia, are now hybrid; for Lexus specifically, the figure is a whopping 96%.

Key to that aspiration is a new small SUV based on the Yaris platform and using a 1.5-litre hybrid unit, which Toyota believes could account for 30% of all its European sales by 2025. The production model will be unveiled at the Geneva Motor Show in early March.

However, with the UK Government's new announcement of a ban on diesel, petrol and hybrid new cars from 2035, brought forward from 2040, it is just as well for Toyota that it is pursuing fuel cell and full electric vehicle (EV) tech too (after years of being no fan of the latter). As executive vice-president of Toyota Motor Europe Matt Harrison said: "Every form of electrification is a variant of hybrid technology, so we have a lot of transferable equity that helps us prepare for a fully electrified future."

An all-electric version of its premium brand Lexus's compact SUV - the UX 300e - kicks off that transformation, targeting 185-plus miles of range (WLTP) when it goes on sale at the end of 2020, while nine more zero-emission vehicles across the two brands are planned by 2025.

To gain EV scale and cost efficiencies, the group has teamed up with fellow Japanese brands Mazda, Suzuki and Subaru to develop a dedicated global EV platform, and forged alliances with battery suppliers Panasonic, CATL and BYD (a significant maker of fully electric buses for London Transport). Accordingly, the group has accelerated its plan to sell 5.5 million EVs by 2025 (from 2030 originally) and a million zero-emission vehicles by 2030.

Another part of Toyota's zero-emission plan, especially for longer-range vehicle needs, is hydrogen fuel cell technology. Sales of the first-generation 2014 Mirai weren't helped by its oddball exterior design, a restricted cabin and poor global hydrogen refuelling infrastructure, but the second-generation Mirai unveiled at Toyota's Kenshiki event in Amsterdam is a vast improvement.

As the closest-to-production model seen so far, it is better-proportioned all round than its predecessor - significantly longer, wider, lower and with an lengthened wheelbase for greater interior room - and now accommodates five rather than four passengers. The version showcased in Amsterdam also sports much smoother front-end body work than the 2019 Tokyo Motor Show prototype. 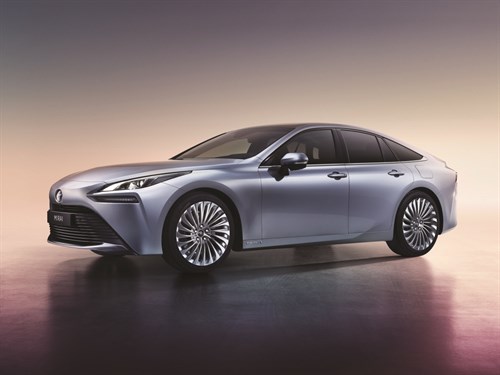 Toyota is seeking to increase the first Mirai's meagre 10,000 total sales over its five-to-six-year lifespan tenfold with the new model when it goes on sale later this year. With a third hydrogen fuel tank added to the new Mirai, Toyota claims there is a significant uptick in range - from just over 300 miles to 400-plus - and that it is still able to fully refuel in three-to-five minutes.

The final point of fleet interest at the Kenshiki event - which means 'insight' in Japanese - was the announcement of a new global mobility service division called Kinto. Derived from the Japanese words 'Kinto Un' - which translates to 'flying cloud', after the mode of transport made famous by the children's story character Monkey - Toyota's aim for Kinto's customers is less dramatic, but nonetheless it intends to provide numerous travel options under one umbrella. Full-service leasing, subscription, car sharing and car pooling were all mentioned as key sectors.

To accelerate set-up and customer uptake in the UK, Toyota's 2019 acquisition of Inchcape Fleet Solutions provides a ready-made full-service leasing business - with access to that company's circa 100,000 managed vehicles - while subscription-based driving options could develop through a partnership with Drover, and car sharing via Toyota's majority stake in Faxi (also acquired in 2019).

The car pooling division already boasts 7,000 corporate daily users in the UK and there have been trials across Europe - from Dublin to Madrid - where franchised dealers are helping to provide these services.