Lease contract extensions became - and remained - de rigueur when the pandemic struck. Jack Carfrae asks if it is a costly cause for concern. 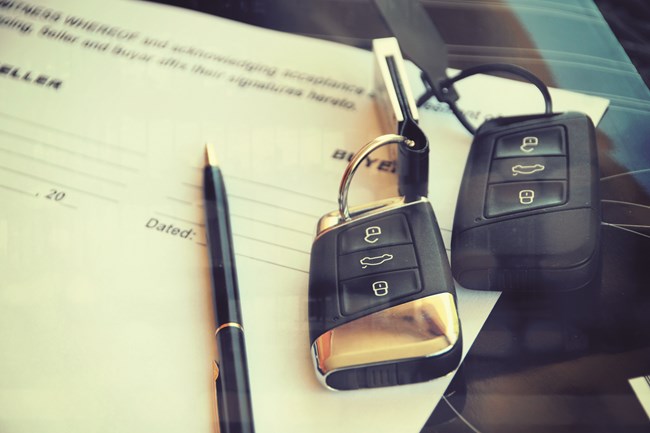 There are more than 2.5 million leased cars and vans in the UK, according to the BVRLA - and that does not count the rental or PCP lot. If any of your vehicles make up part of that figure, and if any of their contracts expired in the past 11 months, there is a good chance that you still have them.

Even if you are among the fleets that have replaced vehicles since the pandemic began, we would wager that, in most cases, the new ones probably did not turn up bang on time. Clearly, neither fleets nor leasing companies can be blamed for the hold-ups, but the industry is nonetheless facing a prolonged period of widespread contract extensions.

The common theory is that this is not good news. You don't have to go digging to find an industrial or an environmental body extolling the benefits of newer, cleaner vehicles over older, dirtier ones. More acute is the potential increase in SMR costs associated with operating older cars outside of their factory warranty period, and there is some evidence to support this.

Epyx honed in on the issue in September 2020, when it reported that - compared with the same period in 2019 - around 10,000 additional routine services had been logged in its 1link SMR platform between April and August 2020, at a cost of £1.6m. There were also a further 11,000 MOT tests for company vehicles at a cost of around £550,000, even though the government temporarily suspended testing requirements.

The company attributed the issues directly to "the increased level of contract extensions made on company cars and vans during the coronavirus crisis" and claimed that four and five-year-old vehicles "often involve considerable extra expense".

It is hard to argue with such stark figures, and it is hardly a secret that older vehicles can be more expensive to maintain. This is definitely something to keep an eye on from a cost perspective.

Equally, as much as leasing companies love a new contract, they are often quite happy to keep existing ones rolling; it is, after all, easy money for them at that stage. Leaseplan, for example, went as far as recommending extensions - both to mileages and to lease agreements - in a publication called Coronavirus (COVID-19) The right actions for fleet management in April 2020.

Also worth noting is that lease extensions were not uncommon before Covid-19. Lex Autolease has, in the past, reported that terms between 40 and 50 months were not uncommon, and motivated by far more prosaic matters than an international pandemic.

That is not to say that the leasing industry is profiteering from eking out contracts,
as it may well be the right thing to do. Not everyone is convinced that vehicles morph into money pits as soon as they creep over three years and 60,000 miles. Currently, because of the pandemic's general reduction in business travel - and we exclude any form of delivery or medical supply chain organisation - this has not exactly encouraged stratospheric mileage among company car drivers.

"For some users, there has been a significant change in their actual mileage versus what they were contracted or expected to do - so there are just people who haven't been doing the miles," says Mark Jowsey, head of TCO at KeeResources.

He adds that a lot of recent extensions have been virtually inevitable, as 2020's factory shutdowns severely limited the availability of new vehicles.

"I think there are a number of reasons that may have led to the belief that there are widespread extensions, the first of which is that, actually, there is poor availability of the products that people want - and that reduced mileage means people don't feel vulnerable in taking an extension."

The SMMT's continually shrinking new car sales forecasts suggest supply is unlikely to head north for some time. Clearly, that affects everything, but there is also a feeling that job-need vehicles will more likely be subject to contract extensions than user-chooser cars.

"If you've liveried up a vehicle, racked it out [if it's a van] and it's going to be used daily for jobs, that disruption to the business of defleeting that vehicle is a lot greater than with a company car," says Fleetcheck's managing director, Peter Golding, "so I think if there's anywhere where perhaps there's going to be a greater interest in retaining the vehicles, it's going to be the commercial or the essential-user vehicles."

The odometer reading, rather than the year, is usually a better indicator of whether or not a vehicle is going to cause you trouble. Golding suggests businesses will inevitably face routine bills that come with age, but they are unlikely to be ridiculous if the car is covering a relatively normal mileage.

"There are certain costs that can kick in, for example, replacement of a timing belt, which is maybe something that's only done when the vehicle's reached a certain age or mileage," he says. "Those are costs that companies perhaps haven't borne before, but let's be clear: the primary reason why most people work within a contract period is because it normally aligns with the manufacturer's warranty.

"If you've got a vehicle, which is on contract hire with mileages of up to 20 or 25,000 miles, extending that by a year really is not going to make a marked difference to your SMR."

It is worth asking the question of your leasing company and/or checking the small print, but Jowsey notes that contracts originally specified with maintenance cover should retain it on extension, which, at the very least, solves the financial issue of routine work. "If the car's on a maintenance contract anyway, I very much doubt there's going to be any increase in the [lease] maintenance [cost] - it'll just be extended along with the contract."

Golding's argument is that the used markets would not be anywhere near as prolific if every vehicle outside its warranty period spent its life on a ramp. "There is an enormous used car market out there, which is fed by vehicles that come off lease. Those vehicles don't spend all of their time broken down and we're not talking about vehicles at the end of their life."

Three years may be the industry standard, but it is also worth remembering that certain brands come with longer warranties. Kia is famously the lengthiest with a warranty at seven years, Hyundai and Toyota run to five and, these days, unlimited mileage warranties are not uncommon, especially among premium manufacturers.

Mileage is widely believed to be more of an issue than outright age, too, as "the risk [of something going wrong] is going to be proportional to the mileage the vehicle's done," according to Golding.

Mileage also transcends SMR issues because of its impact on used values. It is, therefore, a greater concern for leasing companies and, more pertinently, fleets funding their own vehicles that might elect to hold on to them for longer, either due to a lack of supply or because of a reluctance to renew.

"Extending the retention period, even by a year, should not be a major concern. But if it isn't a leased car, then you have to accept that the residual value and desirability are other significant factors to consider, rather than just the maintenance side of it," says Jowsey.

"If it's a pretty desirable car at three years/60,000, how much less desirable is it going to be at four years/80,000? Even if it isn't those typical sorts of numbers - say, four years/60,000 or three years/45,000 - you can't get away from the fact that lower age and mileage will always attract more potential buyers."

The remarketing sector has also voiced concerns about contract extensions and their potential impact on the second-hand markets. Used car prices softened towards the end of 2020, which, though not unusual, put the sector on edge as it worried about an increase in supply when the spate of extended vehicles eventually does go under the hammer.

Online auction company Autorola reported that used car volumes were broadly increasing towards the end of 2020 but said, "sales rates and stock turn for the [ex-]fleet, leasing and PCP two- to three-year-old used cars remains flat. This could indicate a future challenge, as finance companies have been providing customers with contract extensions, which will result in increased used supply coming to the market in 2021."

The Vehicle Remarketing Association (VRA) made similar comments, citing concerns about "a wave of contract extensions" that could blight values if they were to suddenly materialise in the market. "However, we just don't know when this will happen or the extent," says the VRA's chair, Sam Watkins.

That said, the chances of all those cars on extended contracts finally defleeting in unison seems slim and, as always, due diligence around maintenance and condition will almost always ensure an attractive and valuable second-hand vehicle. As with any thorny issue, such as grey fleet or diesels, longer leases can be fine providing they are employed where appropriate and in moderation, and if you find yourself in that position, Golding's techniques of annual inspections and strict maintenance are ones to remember.