Diesel: Life in the old dog yet?

Diesel has tumbling sales and an image problem, where electric has tax breaks and PR to match its voltage. Jack Carfrae asks what the future holds for the former favourite in fleet. 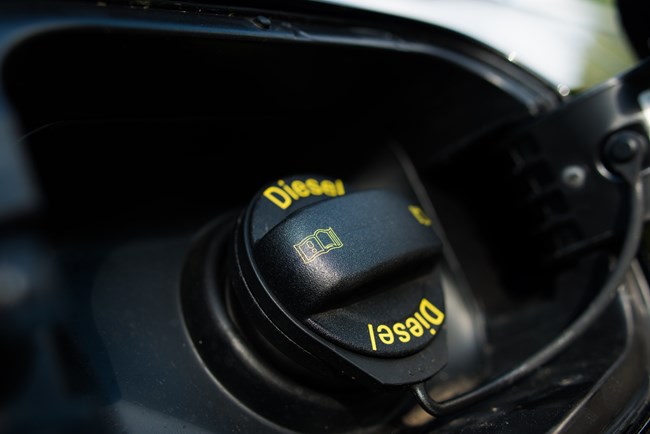 For the classic company car driver, racking up 35,000 miles a year, suit jacket dangling gently over the back seat, there is still an argument for diesel.

Not a tax one - according to Comcar, a BMW 318d M Sport manual will set a 20% taxpayer back £2,039 a year in BIK, while an equivalent 330e plug-in hybrid costs £842. That is hard to ignore but, tax cut or not, the convenience and availability of filling stations is hard to beat if you spend your life on the road, your routes are unpredictable and your company, home and/or local area lack charging facilities.

However, the pandemic's video meeting culture has floored that high-miler market. The test will come when the country opens up properly and we find out if the 'we could just do this online' thing sticks, or if face-to-face becomes appealing again.

For the moment, at least, business mileage remains lower than pre-pandemic levels. Managing director of The Miles Consultancy and AFP chair, Paul Hollick, says his clients' business mileage has dropped by 20-25%. Fleet Operations MD Richard Hipkiss reckons his customers are down around 40% and, although he expects a rise, he also thinks levels will remain lower long-term.

"That's clearly going to increase as we move out of this [the pandemic] but, speaking to people around typical company car journey patterns and meeting styles, my estimate would be a permanent reduction of at least 20%."

Throw in all the pros of electric cars - the aforementioned tax breaks, running costs and eco street cred, among others - and what used to be diesel's core market looks ever smaller. Anecdotally, Business Car understands that some drivers are giving up their go-to premium brands in favour of mainstream or budget manufacturers if it gets them into an electric model, such are the incentives and you do not have to look far to find big fleets echoing that behaviour at scale.

Mitie and Centrica are among them. The former, a facilities management behemoth, has a fleet of approximately 7,200 permanent vehicles, about 1,000 of which will be electric by the time this article is published. It began procuring plug-ins in earnest in June 2019, prior to which its fleet was mostly diesel, and is planning to be fully electric by 2025 by taking on roughly 100 EVs a month.

"I don't understand why, with a car fleet, you would be putting anything other than pure-electric cars on the road," says Simon King, the company's director of sustainability and social value.

His approach with cars is to simply replace anything internal combustion with an EV as and when the lease is up. "It's not that we're deploying them as such, we're just replacing them as they come to the end of existing lease agreements."

Steve Winter, head of fleet for UK field operations at Centrica/British Gas, has made a similar move, slashing internal combustion engine cars from the choice list on 1 February 2021, and broadening what was previously five brands to include most plug-in vehicles on the market.

Like Mitie, it also has a 2025 full-EV target, and its fleet is even bigger, at approximately 9,000 vans, 1,500 company cars and 2,000 cash allowance drivers. Winter claims that, after years of drivers going for cash, some are now returning to traditional company cars because electric BIK is so attractive.

"What we are seeing is that some of the cash takers are wanting to opt back in," he tells Business Car, "if you're opting out and you're taking your £375 after tax or whatever it might be, it's a case of 'hold on, I've got to buy a car, insure it, tax it, maintain it - when I can go into the car scheme and I'm going to pay 1% BIK."

If there is an area where diesel still has a life among such gargantuan fleets, it is large vans. Winter is big on small and medium electric LCVs, but he believes the options for hefty, long-wheelbase versions still have a way to go on both cost and practicality grounds.

"There is no supply of a suitable vehicle that goes through a TCM [total cost management] model and washes it's face compared to an internal combustion engine, so we are still going to take some ICE vehicles, but on a short, three-to-four-year lease," he explains.

Diesel has its place elsewhere, potentially for a while to come. For starters, not every fleet has the buying power or the resources of the two we have just mentioned, and if access to charging points is in any way an issue - as it very much is for drivers who do not have off-street parking - the whole electric thing becomes a lot less viable. Then there is the long-standing EV supply issue; anyone without a serious foot in the door often has to wait a while, which was the case before the pandemic stymied production.

Everyone wants to tell you about their EVs, but diesel's chronic PR problem means we journalists often find people running such vehicles less than chatty. However, of the fleets that have spoken to Business Car during the past year, some have expressed their continued reliance on the black pump.

In our February issue, Jiggs Bharij, head of fleet services at the Metropolitan Police - which also has a 2025 all-EV target for general-purpose vehicles - told us that "the move to zero emissions must not have a negative impact on officer mobility." The Met certainly has not shied away from alternative fuels, having trialled hydrogen and rolled out EVs in certain capacities, but the likes of pursuit cars and heavy armoured minibuses - for which payload and range are the deciders - still require internal combustion.

Sticking with the blue-light theme, Gloucestershire Constabulary's head of transport services, Steve Imm spilled the beans on his 21% electric fleet in 2020, which, at the time, comprised 65 Nissan Leafs and ten e-NV200 vans.

However, he explained the rest of the fleet was diesel because of the county's rural nature and the distances vehicles have to cover on the beat.

"Obviously we do have some urban settings, but the toss-up is around your economy on fuel. Diesel was preferred based on that and because of the types of journeys we make," he told us.

Dogs Trust's fleet and facilities manager Stuart Holliday gave us a similar story, as the charity mainly buys diesel but has some mild hybrids for urban work.

"At the moment it [diesel] is the most cost-effective way of travelling, but that is not to say, going forward, that it won't change. The last thing we would want right now is to run out of electricity on the A1 with a full van of dogs."

As Hollick puts it, some fleets are "massively into EVs now", but there remains a spectrum of "people who are starting to scratch their head and think about it, but are still ordering diesels at the moment, because that's what they're used to. They're still ordering based on P11D values and the choice is based on cost of vehicles rather than the whole-life cost.

"That's not just because they're not interested, but maybe their organisation isn't massively keen on electrification at the moment, because they want to optimise their business post-Covid-19 rather than worry too much about the future. There's a real mixture out there - and there are loads of fleets in the middle."

Hipkiss agrees that there is still "very much" a case for diesel and petrol on modern fleets: "It's dependent on the journey types and on the type of role the user has. There's a number of mild hybrid diesels and petrols coming into the market, and they certainly have a place, because they are not pure petrol or diesel, could be available post-2030 and we are seeing some very appealing mpg and CO2 figures.

"How long that sustains will depend on the development of the infrastructure around electric vehicles, production and batteries. but there is that fallback of hybrid and plug-in hybrid technology."

Jitters around diesel residual values are yet another hamstring to its bow. Speaking on condition of anonymity, a used car valuation specialist told Business Car that one of its finance customers had adopted a strictly anti-diesel policy, because the company expected the vehicles to be worthless by the time they left the fleet.

As we reported in our February issue, nothing could be further than the truth at present. Cap hpi said both diesel and petrol values rose by 2.3% in January 2021 and that there was healthy demand for second-hand internal-combustion cars. Broadly, RV specialists think diesel used cars, especially, will rise in value in the coming years, as lower new sales will render used examples all the scarcer. The demise of diesel may be longer than predicted.