End of an era as Ford Mondeo set for axe

Ford's Mondeo will end production in spring 2022, and Simon Harris takes a look at how the model, and its predecessors, have been a key part of Ford's fleet offering for 50 years. 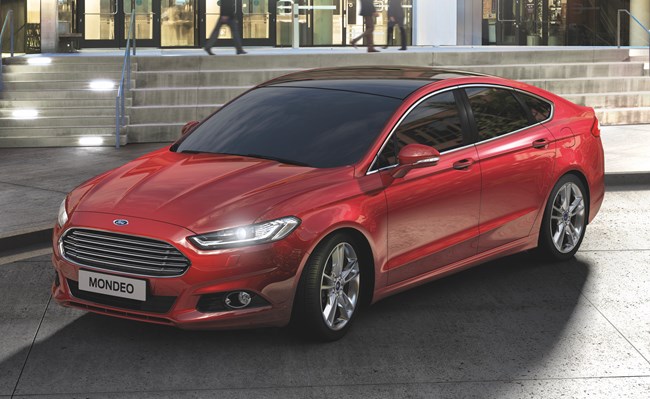 It's no big surprise that the Mondeo will have no direct replacement when the current model ends production in 2022. But the formal announcement of it by Ford still feels significant as it draws a line under many decades of participation in the upper-medium car sector, which has been a key component of the UK's company car market for its entire life.

The third-generation Cortina would have been among typical company cars offered in the 1970s, as wage freezes encouraged employers to seek alternative ways of boosting remuneration packages, and aid staff retention.

At the forefront of rivalry among employees when the equipment grade structure was easily understood, and someone would know his Cortina XL showed he wasn't as valued as his colleague in a GXL.

The Sierra, on the surface too avant-garde to immediately repeat the success of the Cortina, but essentially a conservatively engineered product, retained rear wheel drive when Vauxhall had adopted front-wheel drive and its associated packaging benefits for the Cavalier, and Austin followed the same route two years after the Sierra's launch with the Montego.

The Mondeo arrived as Ford had been accused of playing it safe with the 1990 Escort, with disappointing dynamics, bland styling and carry-over engines.

Its appearance in 1993 gave it a dynamic edge over most rivals, and it looked and felt streets ahead of its main rivals.

It's popularity was enormous, and it was so prevalent that the famed 'Mondeo Man' demographic was seen as an important one for Tony Blair's Labour Party to reach if it were to win the 1997 general election.

A significant enough facelift arrived in 1996 for Ford to refer to it internally as the mark two, with the first all-new model arriving in 2000.

This was the first model I encountered when writing about the UK's fleet sector, and it was almost as big a leap forward as the original Mondeo was from the Sierra.

Almost, but not quite. At this time diesel was becoming the dominant fuel for high mileage drivers, and the diesel engines offered by rivals from Germany, France and Italy offered better drivability, refinement and fuel economy.

Although the Mondeo launched with a new diesel engine in 2000, two years later it adopted 'common rail' technology with high-pressure injection, as used by Peugeot, Citroën and Fiat Group brands.

It deployed the technology in a high-performance 2.2-litre 155hp diesel that was the first diesel Ford to wear the famed ST badge.

Improving both performance and efficiency, the Mondeo was once again a force to be reckoned with. And with the Scorpio discontinued from the Ford line-up a few years earlier, upmarket items such as heated rear seats were available. The rear passenger compartment was also as roomy as the Scorpio's was.

The third-generation, launched in 2007, was probably peak Mondeo. It looked great, offered a wide choice of petrol and diesel engines, the latter developed by then Peugeot and Citroën parent company PSA. It retained all of the driving characteristics that people chose the car for, as well as new equipment, more space and better safety technology

Its replacement is the current model, and its introduction was less than smooth. Ford decided the Mondeo for Europe would be derived from the North American market Ford Fusion.

Although the car was meant to be global, there were quality concerns over adapting the Fusion to the requirements of European customers. A further delay was caused by Ford downsizing its production capacity in Europe and closing the Genk plant in Belgium where the Mondeo had been built up to that point.

The new car would be produced at the company's Valencia plant in Spain, from the autumn of 2014, almost three year since the Ford Fusion made its debut at the North American International Auto Show in Detroit in January 2012.

The car was good, and unlike many in its sector in Europe, offered a hybrid version - a petrol-electric powertrain similar to those popularised by Toyota. At the time - and ahead of Volkswagen's diesel emissions scandal - it was a niche proposition, especially as it was only available in the saloon version, but with more potential now it has been made available in hatchback and estate versions.

Ford Fleet director Neil Wilson said: "The Mondeo is a car we have been very proud of. It has been in production for almost 30 years. It was a game-changing car and a demonstration of Ford at its best.

"Many of our customers that were traditionally buying the Mondeo have shifted to other models in our range, including the Kuga PHEV, so that trend has been happening. I'm sad to see it go, but it's an indication of how our vehicle profile is changing.

"We've already announced that every car in our line-up will be electrified by 2026, and we'll launch a new nameplate in 2023 for a new electric family car. We will be refreshing with exciting new products, all with EV capability. We're still building the Mondeo for the next 12 months and fulfilling orders, but we'll also work with those customers on how they move on.

"It's a starting gun for a 12-month job migrating customers to other models in the range. The segment is 20% of what it was. But we've got this company car and fleet sector in the UK that is different from elsewhere in Europe."

A Ford spokesman added: "The Mondeo has all-hybrid petrol engines and sub-140g/km CO2 manual diesels, but the overall Ford car range is transitioning to include all-electric options. Mondeo's contracting segment does not support an all-electric version and the current model will not be replaced.

"The part of the large car market it competes in has declined by 80% in 20 years in Europe. The S-Max and Galaxy will continue, with 2.5-litre hybrids added this year."