Error parsing XSLT file: \xslt\FacebookOpenGraph.xslt EVs: How green are they?
Cookies on Businesscar

EVs: How green are they?

The government's view that electric vehicles are a panacea is not as straightforward as it seems. Jack Carfrae explores their true environmental impact, which is more than an absence of tailpipe emissions. 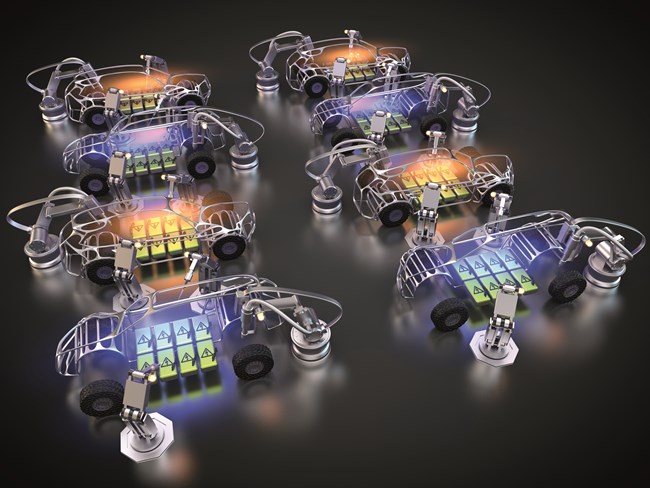 We need to get this bit out of the way: the government says it will ban petrol and diesel vehicles in 2030, and its taxation system massively favours pure-electric cars, which do not create any emissions when they are actually on the road. Crack the charging/logistics of running them, and there is absolutely no reason why your fleet should not, at the very least, be expecting some in the not too distant future. Quite simply, EVs are in your interests.

Their green badge of honour is justified from an operational perspective, but the belief that EVs are completely squeaky clean gets a bit wobbly when scrutinising the bigger picture. The materials and practices involved in their production, where the power comes from, and pollutants that do not come under the headline of 'tailpipe emissions' are not without consequence.

Battery production is an obvious place to start. Beyond the geopolitical hurdle that is cobbling together enough lithium, cobalt and other materials, the true atmospheric impact is hard to come by, but there definitely is one.

Oil drilling and refining is not exactly known for its eco-friendly nature, but neither is the process of extracting the raw materials required for EVs. China's Jiangxi province has been aggressively mined for rare earth metals - used to make the permanent magnets inside EV motors - the process of which comprises injecting ammonium sulphate and chloride, among other chemicals, into the ground to separate metal from soil. The fruits of such activities were not just used for electric cars - smartphones and solar panels are among the recipients - but it proves there is an ecological price for 'clean' tech.

As for the manufacturing process, a 2018 report by the International Council on Clean Transportation, called Effects of Battery Manufacturing on Electric Vehicle Life-cycle Greenhouse Gas Emissions, collated the results from 11 studies on battery production emissions published between 2011 and 2017 - each with their own scopes, methodologies and caveats. The results suggest the build process accounts for 56-494kg of carbon dioxide per kilowatt-hour (kWh) of battery capacity.

"There is no world, at the moment," says Nick Molden, founder and CEO of independent vehicle testing specialist Emissions Analytics, "in which EVs are anywhere near zero emission. It's about 75g/km to make an EV and it's about 40g/km to make a standard internal combination engine [ICE] vehicle, so there's about 35g/km extra to make an EV if it lasts an average 95,000-mile life."

That still puts a battery-electric car ahead of a petrol or diesel equivalent, assuming the former starts with zero tailpipe emissions and the latter with the SMMT's 2019 full-year fleet average of 127.9g/km. Score one to EVs.

However, a report published in November, commissioned by Honda, McLaren, Aston Martin and Bosch, among others, claimed that EV production creates 63% more CO2 emissions than a petrol or diesel equivalent. Called Decarbonising Road Transport: There is No Silver Bullet 2020, it went on to illustrate the zero-emission mileage required to offset the CO2 emitted during the manufacturing process of an individual car. The Polestar 2 would need to cover 48,000 miles before its carbon footprint would drop below that of an equivalent Volvo XC40. Incidentally, both Polestar and Volkswagen were praised for their honesty about the emissions associated with the build process, and the report implored other manufacturers to do the same.

"We need to do more than just electrify the fleet," says Andy Eastlake, managing director of the Low Carbon Vehicle Partnership, which was involved in the report. "We are still selling diesel and petrol cars, the engines of which could play out until 2050, so we have to look at decarbonising fuel."

The publication campaigns for "a technology-neutral approach" in the government's plan to clean up road transport, incorporating the likes of synthetic fuels and hydrogen, especially with reference to "legacy" vehicles - i.e. anything with a petrol or diesel engine sold before the supposed 2030 ban - which it claimed would have to be addressed if the UK is to meet its 2050 net zero emission target. It also claimed there was a better chance of progress if industries were allowed to take the lead with government support, rather than the other way around.

Beyond raw materials and manufacturing, there is the issue of where the finished vehicles actually draw their power. Plug into an Icelandic charge point, where the grid is said to be almost 100% renewable, and you can doff your cap to the green gods in earnest; do the same in Poland, where the grid is more than 70% coal-powered, and the benefit over a modern petrol or diesel engine looks negligible. In the UK, zero-carbon fuels accounted for 48.5% of all power generated in 2019, according to the National Grid, so EVs traversing Britain are about halfway clean in that respect.

Brakes and tyres are where it gets interesting. Hardly common pollutive scapegoats, authorities have turned their attention to the particulates released by rubber and ceramics. The United Nations' Working Party on Pollution and Energy has its own Particle Measurement Programme specifically to monitor non-exhaust emissions (NEEs) - and it is also developing a "sophisticated duty cycle informed by real-world driving conditions" to measure brake wear emissions - while the Department for Environment, Food and Rural Affairs' (Defra) has been openly eying them up in the UK. Its Air Quality Expert Group published a report called Non-Exhaust Emissions from Road Traffic in July 2019, in which it highlighted the "dominance of brake wear emissions in urban areas" and "the dominance of [tyre] emissions from sections of the motorway network".

It points out that NEEs are major contributors to air pollution and should really be recognised as such, even though no governing legislation currently exists, and went on to identify a serious case of yin and yang with electric vehicles.

Their regenerative braking systems are a boon for NEEs because they lessen the need to use conventional anchors and therefore reduce the dust and particles kicked up when the car slows down. As a bonus, it says motorists used to EVs often adapt their driving styles to regenerative braking and end up barely touching the left pedal at all.

Tyres are a different story. In short, the heavier the vehicle, the more aggressive the wear, so strap a stout battery pack and motor combo underneath and EVs burn rubber with gusto, especially in today's popular but cumbersome SUV guise. We are speculating here, but anyone who has driven an EV will be familiar with their instantaneous torque, which rather lends itself to the occasional pit lane-style wheelspin start - again, probably not great for rubber particulates.

"Tyre and road wear emissions increase with vehicle mass, which has implications for any vehicle with a powertrain that is heavier (for example, due to additional battery and hardware mass) than the equivalent internal combustion engine vehicle it replaces," claims the report.

"A typical internal combustion engine vehicle is probably shedding 50-100mg of rubber per km," adds Molden. "If you add 500 kilos from a 75kWh battery, then you are potentially looking at a 75% increase in the tyre-wear emissions."

Hybrids are not exactly the daintiest of cars either, but given a Toyota Prius's starting weight of 1,375kg next to Tesla's smallest and cheapest car, the 1,844kg Model 3's, the former is probably a bit better on tyre wear.

More to the point, non-plug-in hybrids such as the Prius allegedly generate very modest amounts of additional emissions during the manufacturing process because they are simpler, more established, and the likes of Toyota have the production process licked. Additionally - and this is nothing new - they also make for lower-emitting and often company car tax-friendly alternatives to petrol and diesel when deployed correctly.

"The benefit is much, much closer between full hybrids and ICE models," says Molden. "The incremental construction CO2 is only about 5g/km - but you get about a 30% reduction in the usage CO2, so the optimal strategy, for now, is to push full hybrids."

From a fleet's perspective, electric vehicles maintain a strong edge in terms of tangible, day-to-day benefits - chiefly the CO2/tax and fuel savings, which is very much the world business car operators inhabit. Equally, if investment bank UBS is to be believed, their economy of scale will reach fruition in 2024, when its research suggests that the cost to build electric vehicles will be level with ICE cars.

None of that blunts the shortsighted view that EVs are completely emission-free. The UK government's tactic of sticking a pin in a calendar changes neither the practicalities of plug-ins, nor the EU Commission's calculation that Europe alone needs 18 times more lithium and five times more cobalt by 2030 if it is to meet EV production targets - all of which makes the case for a broader spread of clean powertrains rather than backing a solitary horse.